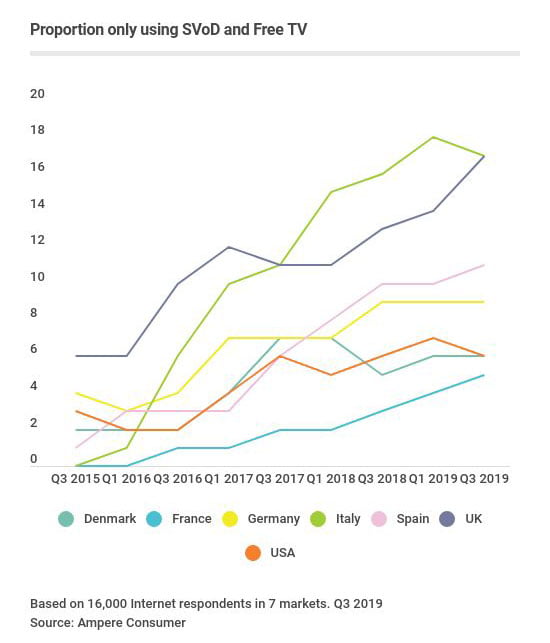 More and more consumers in the US and Western Europe are forgoing pay TV to combine SVoD with free TV, according to Ampere Analysis.

The news comes as subscribing to more than one SVoD service – known as stacking – is growing in the US and Europe, with around two in five people with access to the internet in the US having three or more SVoD subscriptions. In Europe, the proportion is around one in five.

Meanwhile, in most countries, SVoD and pay TV is the most common service combination among internet users, as consumers seek to supplement their cable or satellite TV services with online video catalogues.

However, the proportion of consumers who are using SVoD and free TV with no pay TV at all has been increasing in Western European markets and the US, Ampere said. 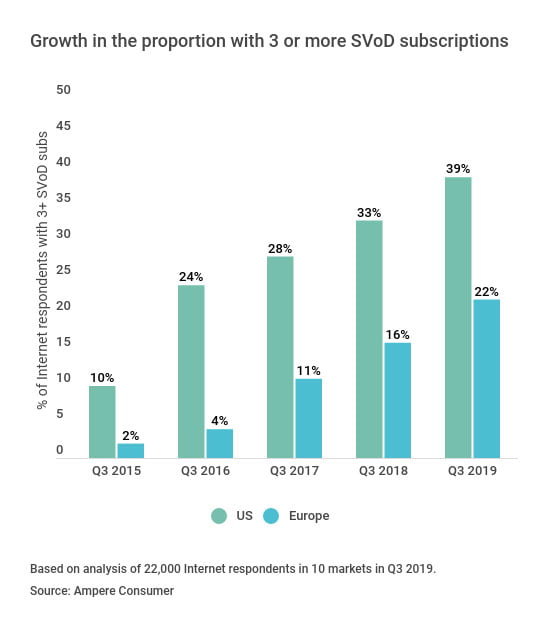 Italy and the UK have the highest proportions of SVoD and free TV consumers, while France, the US and Denmark have the lowest.

Minal Modha, consumer research lead at Ampere Analysis, said: “While cord-cutting is a major issue in the US, it has been a less significant challenge for the industry in many international markets.

“However, our research shows that consumers in many global markets are increasingly combining SVoD products with a free broadcast TV service, placing a future growth obstacle in the path of incumbent pay TV service providers.”