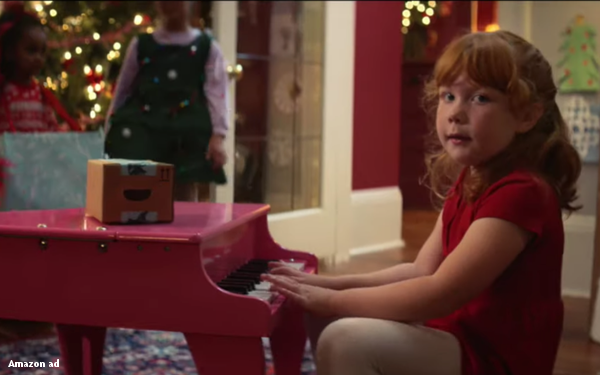 Amazon is the
world’s most valuable brand, gaining 20% to pass both Apple and Google, according to Kantar’s BrandZ Top 100 valuation ranking. The list values Amazon at $334.65 billion, or a third of a
trillion — the highest amount in the ranking’s 14-year-history.

Collectively, the BrandZ U.S. Top 100 have grown 21% in three years, with a valuation of $3.81 trillion.
That’s more than the gross domestic product of Germany, the fourth-largest economy in the world.

Besides Amazon, Apple and Google, the top 10 are Microsoft, Visa, Facebook,
McDonald’s, Mastercard, AT&T and Verizon.

“Amazon’s rise to the top is a culmination of how much all the elements people have been talking about — thinking bigger
than your category, delivering a seamless experience — really matter,” says Victoria Sakal, associate director at Kantar.

Kantar bases the list on a combination of financial
performance and market research, collecting feedback from more than 327,000 U.S. consumers.

It asks whether people see the brand as meaningfully different from its competitors, and also
factors in customer experience. And it’s found that consumer perception and attitudes drive purchase.

What those rapidly rising brands share in common, Sakal tells Marketing Daily, is that each takes a decidedly different approach from other
brands in its categories. “They’re trailblazing, and opening up new lanes,” she says. “Pinterest is different than other social media platforms. And Salesforce is doing a great
job of humanizing its products, and is becoming of a hybrid of B2B and B2C.”

In order to be included, brands must have been originally created in the U.S., and be publicly listed or have financial information in the public domain. BrandZ looks at brands in
22 consumer-facing categories, including technology, retail, payments, fast food, banks and entertainment.