Is a faculty diversification fund enough? Some faculty don’t think so.

Get the latest Syracuse news delivered right to your inbox.
Subscribe to our newsletter here.

During a University Senate meeting in January, Chancellor Kent Syverud announced that Syracuse University will commit between $40 million and $70 million to a faculty diversification fund. But some faculty members hope the university’s efforts will reach beyond just hiring a diverse pool of instructors.

SU will split the funding, which will go toward hiring 10 to 15 academics from underrepresented backgrounds, between the Office of Academic Affairs and the hiring college, SU officials said in a statement to The Daily Orange. The fund will fully renew approximately every three years.

The university’s future provost, which SU is still searching for, will be at the forefront of implementing the fund, Syverud has said.

But faculty of color said that hiring professors and creating positions won’t be enough to change the culture at SU alone. They would also like to see the university invest in retaining faculty of color and in strategies that make Syracuse a feasible place for them to live and work.

“When we talk about money, it’s not just about throwing money at faculty — it’s about creating a space where they can survive and thrive as people,” said Charisse L’Pree, an associate professor in SU’s Newhouse School of Public Communications. “That’s more than just a paycheck. I’m hoping that money is also used to build an infrastructure that makes people want to stay.”

Last year, the university launched the Diversity Opportunity Hires Initiative to support its efforts to hire teaching and research faculty from diverse backgrounds through its Cluster Hires Initiative, which places scholars with similar research interests into multidisciplinary groups, or clusters.

Central funding will cover 50% of the salary and benefits for these new hires, with schools and colleges covering the rest of the costs.

The faculty diversification fund is a “step in the right direction,” said Biko Gray, an assistant professor of religion. But to him, the important question is how SU will allocate the money and to what extent faculty will have access to it.

“If you want us to stay, then you have to find a way to make it attractive for us to stay,” Gray said. “Right now, the city is not an attractive place for many of us.”

Syracuse is among the worst cities for Black people to live in the country, Gray said. An article from USA Today in 2019 ranked Syracuse as the 11th worst city in the United States for Black Americans. 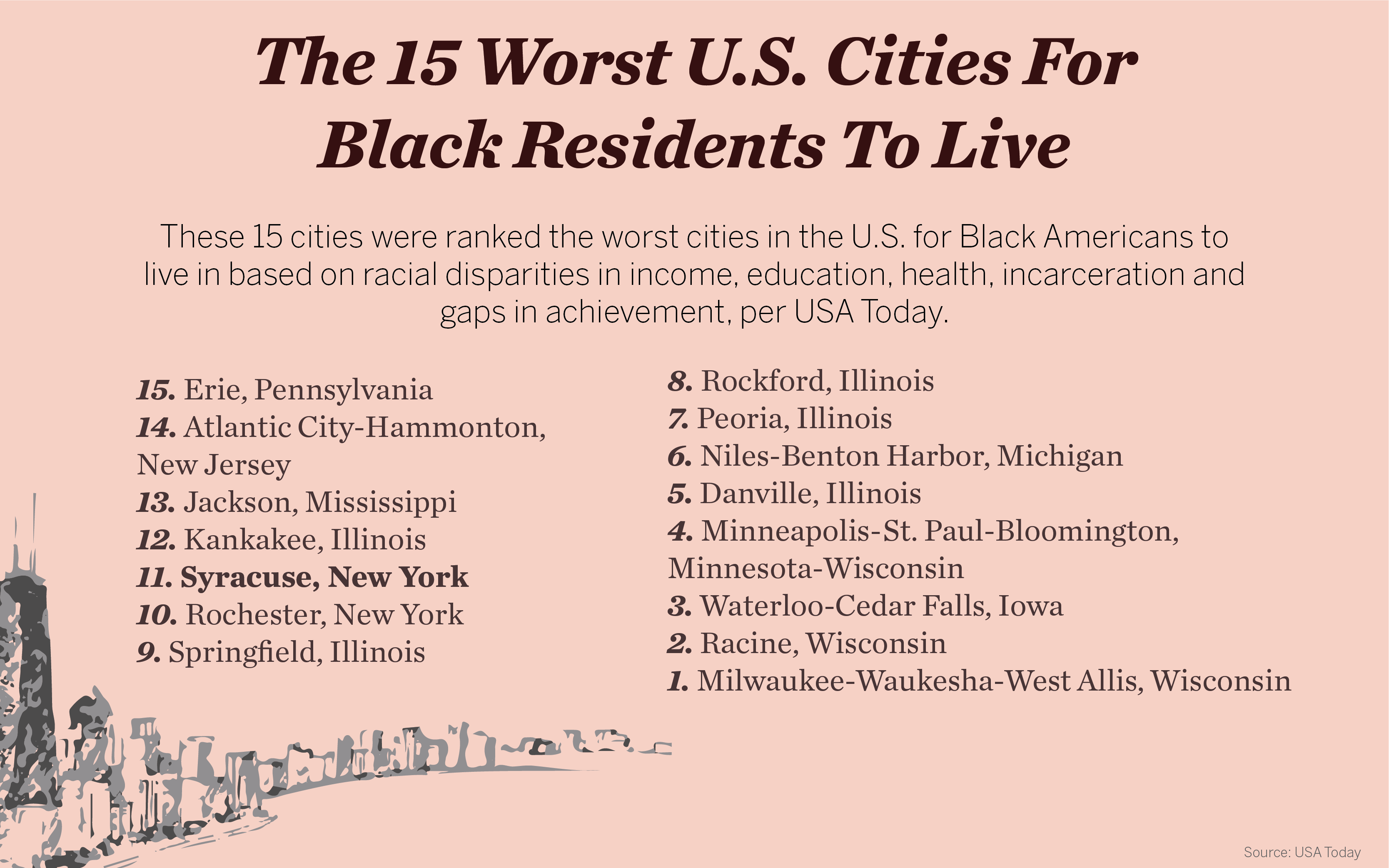 “After having been there for four years, I can see how, because Black people are really structurally dispossessed in that city,” Gray said. “So when you ask Black faculty to come to a city where Black people don’t fare well in general and ask them to do the work they are called up to do, you’re asking us to do a lot of work under significant psychological and spiritual burdens.”

“They were not necessarily pushed out, but they were consistently reminded that they were not welcome,” L’Pree said. “If you can’t make the rest of your faculty better, then you’re going to keep losing marginalized faculty.”

For L’Pree, moving to Syracuse by herself as a woman was difficult. Syracuse is a “city with a small town vibe,” and it can be difficult to break in, she said.

“Moving as a single person of color to Syracuse is rough because the communities of color in Syracuse are so distant from the university,” she said.

Gray currently works remotely in Houston, where his partner lives, because his partner couldn’t find work in Syracuse.

“The name of Syracuse University has a lot of weight,” Gray said. “A lot of people think it’s a great university to go to, and yet at the same time, when you get there, the practical realities of working in Syracuse, as a Black person specifically, and as a Black academic more specifically, becomes difficult to maintain.”

Having family within a day’s drive to Syracuse made moving to the city easier for L’Pree. When her child was born, L’Pree’s mother was able to move to the area to help with childcare. But not everyone has that kind of opportunity.

Gray would like to see the university dedicate an office to finding employment for faculty member’s partners. L’Pree said better options for childcare might make it easier for young faculty members to move to Syracuse with their families.

Some faculty members also said additional funding and support for the research faculty of color at SU could also help with retention.

Hua Jiang, chair of the public relations department in Newhouse, said that the school tries to cast a “wide net” when searching for new faculty members so that there’s attention to diversity, equity and inclusion.

“We can do better. There’s always room for improvement,” Jiang said. “If we have the money (for) hiring diverse candidates, I think we should spend money to help them with their research.”

The university can do a better job listening to faculty and making sure they feel supported in their research, she said.

“Some of the most cutting-edge work is being done by people who are not white, who are not male,” Gray said. “If we are this incredibly valuable to our respective fields, then I think a significant amount of resources need to be allocated toward that.”

Without a considerable culture change, some professors aren’t sure that progress on diversifying faculty will be sustainable. The multimillion-dollar investments need to be supported with additional initiatives and funding to improve living and working conditions as well, they said.

“If you’re asking me about the number, I still think it’s not enough,” Gray said. “I actually don’t think it will ever be enough.”