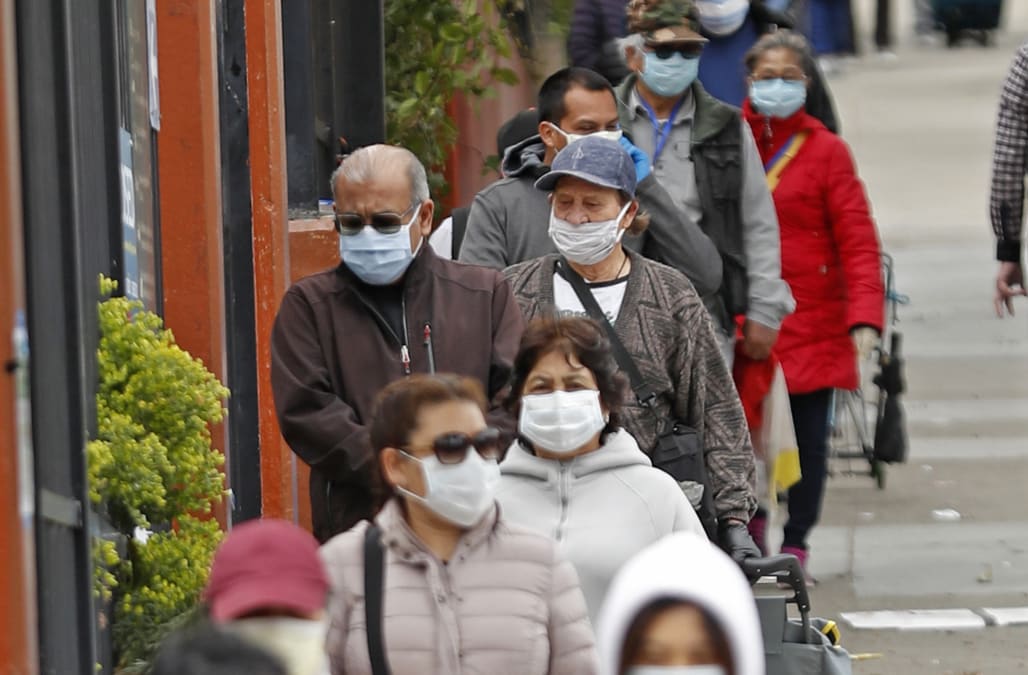 Millions of Americans have been thrown into poverty as government aid dried up in the last five months, according to a pair of studies, and those ranks will likely swell without more relief on the way.

“Poverty is rising in the United States,” Zach Parolin, a researcher at the Columbia University’s Center on Poverty and Social Policy told Yahoo Finance (video above). “More families, once again, are struggling to put food on the table, struggling to provide for their families at a time when we have the means to be able to help them out.”

Read more: How to file for unemployment insurance

Eight million more Americans fell below the poverty threshold since May, a study by Columbia University found. A similar study from the University of Chicago and Notre Dame estimated 6 million Americans entered poverty for the same period.

‘Unless we see a miraculous employment recovery’

Poverty in the U.S. actually declined at the beginning of the coronavirus pandemic, thanks largely to two provisions in the CARES Act: stimulus checks and the extra $600 in weekly unemployment benefits.

Since then, there has been no second round of checks, and the extra unemployment benefits expired at the end of July. The Lost Wages Assistance (LWA) program — enacted by the president to make up some of the difference in unemployment — mostly expired in September, leaving unemployed workers with only their regular state benefits that replace much less of their wages.

“That’s just a lot of money that they’re going to have to do without,” Bruce Meyer, a University of Chicago economist, told Yahoo Money. “It means people are going to be cutting back on what they can.”

While the funding provided under the $2.2 trillion CARES Act was the largest economic stimulus package in history, its effects won’t last long enough to support those in financial hardship, especially when the job market and the economy haven’t recovered.

Read more: Here’s what you need to know about unemployment benefits eligibility

“Unless we see a miraculous employment recovery,” Parolin said, “it’s certain that families are going to need some extra income support to be able to pay the bills and put food on the table.”

The unemployment rate remains elevated at 7.9% — the highest since 2012 — while 25 million Americans receive some type of unemployment insurance, according to the Labor Department.

Any benefits that out-of-work Americans were able to sock away earlier are evaporating. Jobless workers more than doubled their liquid savings between March and July, according to a new study by the JPMorgan Chase Institute, but they spent two-thirds of those accumulated savings in August alone.

“The trajectory of the August data shows that this is a trend in motion, it hasn’t yet stabilized,” Fiona Greig, director of consumer research at the JPMorgan Chase Institute, told Yahoo Money. “And certainly since people were using their savings buffer, it also implies that it’s not sustainable.”

Read more: Coronavirus: How to apply for food stamps

Unemployed workers also pulled back on spending, recording a 14% drop in August after a 22% increase when they got the extra $600 in benefits, the JPMorgan Chase Institute study found. This will likely hurt aggregate spending, according to Greig.

‘We can probably expect to see an increase in homelessness’

The fading effect of the stimulus comes as House Speaker Nancy Pelosi (D-CA) and Treasury Secretary Steven Mnuchin continue talks for a bipartisan stimulus deal. But disagreements on price tag and key provisions, lack of GOP support, and the proximity of the election all lower the prospects of a deal before the election.

With no additional support, experts warned that the economy will slow and fewer jobs will be created. Protections for renters and borrowers also are set to expire, likely leading to another increase in poverty.

“Poverty is going to continue to rise,” Meyer said. “You’re going to have people having had more and more weeks out of work, and only a fraction of those lost earnings replaced. That’s going to accumulate over time.”

The financial hardships caused by this will likely mean a rise in people who can’t pay rent and utility bills, who will struggle to buy food, and who could even lose their homes.

“It’s sad to say,” Parolin said, “we can probably expect to see an increase in homelessness in the United States.”