A Team For The Times At Capital Group 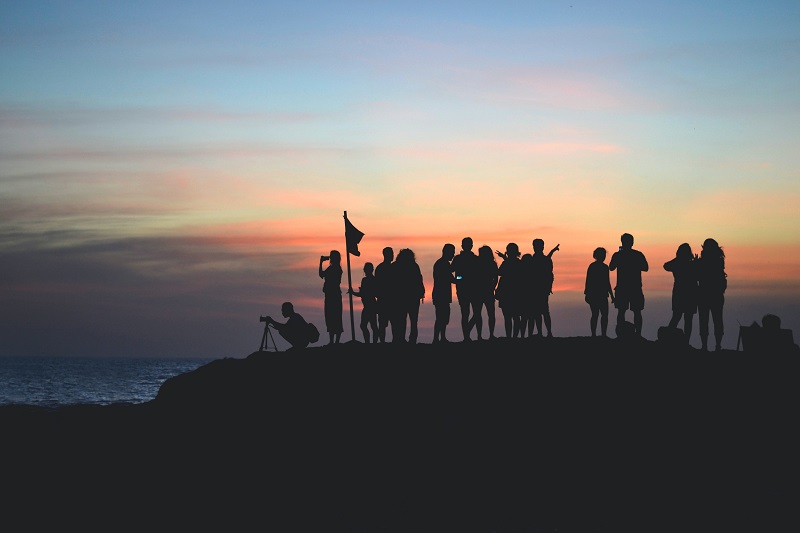 Editor’s note: Read the latest on how the coronavirus is rattling the markets and what you can do to navigate it.

Flexibility, freedom and the depth of the management team have paid off handsomely for Capital Group Global Equity FundTM, a well-diversified portfolio that benefits from the input of 47 investment analysts around the world.

The $8.6 billion fund, launched in 2002, has consistently surpassed its peers and market indices during short and long-term periods, earning a gold-ranking and five-star rating from Morningstar. It proved its mettle during the first half of this year when it skated through the onslaught of the COVID-19 pandemic, achieving a year-to-date return at June 24 of 6.4%.

“The goal is to provide superior returns to the market whatever the conditions,” says Toronto-based Jeremy Burge, equity portfolio manager Capital Group of Los Angeles and chairman of Capital International Asset Management (Canada).

“We have a high degree of flexibility,” he says. “The portfolio is unconstrained and can be adapted to our view of medium and long-term opportunities. We also have the ability to be defensive when necessary, such as during the market turmoil last February and March. There are no minimum yield requirements or restrictions on countries or sectors.”

A Person For the Job
Stocks are selected through a multi-manager process whereby the portfolio is divided into five sleeves with roughly equal assets, each managed independently. Burge is in charge of one sleeve, while three other sleeves are managed by individual portfolio managers Leo Hee, based in Hong Kong, Dawid Justus (based in London) and Carl Kawaja,  (San Francisco). The stock selections of the fifth sleeve, called the ‘research portfolio,’ are made by Capital Group’s team of investment analysts located in eight countries around the globe.

Burge is the principal investment officer (PIO) and has 38 years of investment experience, including 18 years with Capital Group. As PIO, he guides the mix of managers and analysts overseeing the portfolio, in addition to the communication and collaboration of the group. He is responsible for overall objectives as well as risk management and distribution of assets amongst the various sleeves.

“Each team invests in their highest-conviction ideas,” says Kent Chan, equity investment director at Capital Group in Los Angeles. “There is no one view that dominates the fund, and no top-down direction on cash holdings, geographic allocation or currency exposure. All decisions are bottom-up, one company at a time and the portfolio’s ultimate allocations are the outcomes of various individual’s decisions, resulting in natural diversification.”

Healthy Competition Within for Excellence
Although there is no decision-making by committee, the sleeve managers communicate frequently and the performance of the fund is viewed as a communal challenge, Chan says.

Each of the 47 analysts generally covers two industries. Burge says a crucial part of the process is deciding which companies to avoid as well as which to buy. The fund recently held 194 companies.

“We also share information with the fixed income team members at Capital,” Burge says. “They are the canaries in the coal mine, and we talk to them about things like capital risk, credit risk, and economic and policy issues.”

The team has identified a variety of negative and positive themes that could influence investment outcomes during the next few years.

Among the positive tailwinds are the commitment of the U.S. Federal Reserve and other central banks around the world to provide liquidity across various financial asset classes and keep markets functioning. Low interest rates should remain and governments will likely continue to unleash large levels of fiscal stimulus, Burge says.

Other potential developments could include the development of a COVID-19 vaccine, a second wave of the virus, a weakening in the U.S. dollar. Friction between the U.S. and China related to trade issues as well as the competition for global dominance will likely continue.

Far From Settling
“It’s like tectonic plates rubbing against each other,” says Burge.

The dream of the European Union is being challenged, with the outcome of Brexit still uncertain and the possibility of other dissatisfied countries wanting to exit.

In addition, a slowing global economy could see some elements of the supply chain repatriated to western countries.  There could be some companies propped up by governments when there is no economic justification for their survival, and the creation of  “zombie” companies and sectors could impact peers and competitors, Burge says.

Rising social unrest is another theme to watch, indicated by such movements as Black Lives Matter. Social movements could impact economic activity as well as influence which companies’ products and services are chosen or shunned.

Before COVID-19, the disruption from e-commerce, fintech and automation was already underway, and is now accelerating, Burge says. Practices such as working from home and online shopping will impact economic activity in a variety of ways.

While the fund’s sale of some companies in the first quarter resulted in its cash holdings rising from 5.5% of assets at yearend to 12.7% at the end of the first quarter, much of the cash stash has been reinvested, and it stood at 6.6% at May 31.

Among the stocks where cash has been redeployed are Tencent Holdings Ltd. (00700), a multi-pronged Chinese internet services giant riding the burgeoning growth of gaming, online entertainment, artificial intelligence and mobile payments.

The team also increased its ownership in Keyence Corp. (6861), a Japan-based company that manufactures equipment that enables automation in manufacturing plants, such as sensors. Keyence could be a major beneficiary if supply chains are repatriated and new facilities are built requiring automation, robot-management and customization, Burge says.

Another company where holdings have been augmented this year is Reliance Group, an India-based conglomerate that derives about a third of its revenues from energy – primarily refining and petrochemicals — with other key prongs including online and offline retailing and telecommunications services.  The drop in energy prices this year depressed Reliance’s stock price and created an attractive buying opportunity, Burge says. Growth in the other businesses continues to benefit from the expansion of the Indian middle class.

To view this article, become a Morningstar Basic member.

Why Judo Apparel Market Players Can Become Big in Years to Come?