State officials were also reporting that the state’s black population was only 26% more likely than whites to die from a coronavirus infection when in fact their likelihood of death is 2.5 times as high.  The death rate for Hispanics is now calculated at 67% higher than non-Hispanic whites.

Why the change? And why were they getting it wrong?

Health officials recognized that the daily figures being released by the governor’s office weren’t a true reflection of the impact of the disease on the populations outside of nursing homes, where 60% of Connecticut’s COVID-19 deaths have occurred. Yale Public Health Epidemiologist Albert Ko, who chairs Gov. Ned Lamont’s advisory group on reopening the state, said the daily reports did not jibe with the number of blacks and Hispanics who were reported hospitalized at more than twice the rate of whites.

With an average age of 29 compared to 47 for whites, Hispanic residents are collectively the state’s youngest population and for that and other reasons there are fewer of them in nursing homes. U.S. Census figures show that only about 5.9% of residents of nursing homes and assisted living facilities are Hispanic, while 76.1% are white non-Hispanics and 14.9% are black.

“When you don’t age adjust, it can lead to a different conclusion. A conclusion, that could be false,” said Matthew Cartter, the state’s top epidemiologist at the Department of Public Health. “To answer the question: are Hispanics more or less likely to have died from this? You have to age adjust, and when you do, you clearly show Hispanics do indeed have higher rates of death.”

Public health experts say every state should be adjusting for age if they want to accurately understand who is being affected by the virus and where to focus their efforts.

“Given the strong relation between age and risk of COVID-related mortality, and the younger age distributions of the black and Latinx populations, these unadjusted data can result in substantial underestimates of disparities,” researchers from Yale’s schools of Medicine, Public Health and Equity Research and Innovation Center reported May 11.

When you don’t age adjust, it can lead to a different conclusion. A conclusion, that could be false.”

Experts cite a host of reasons for the higher death rates among people of color. Minorities are more likely to have underlying health conditions such as diabetes and asthma, their jobs are more likely to put them at risk of getting the virus, they have unstable housing or often live in crowded living conditions, and often don’t have good access to health care.

While all these factors may be contributing to the high death rate, there’s also the unmeasurable, says Bridgeport resident Diales Olivencia. She was caring for elderly and disabled residents in their home in Bridgeport before they — and she– contracted COVID-19. 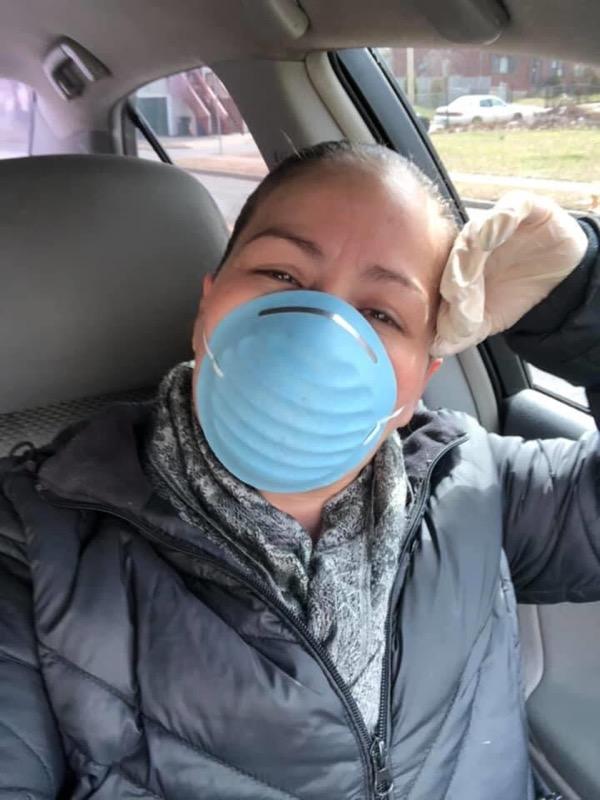 Struggling to breathe last week, the Puerto Rican native was convinced she was going to die, she said. One of her clients, who is also Puerto Rican, is not expected to survive. His lungs stopped working Friday and was put on a ventilator.

Among the 12 personal care attendants Olivencia worked with – nearly all of them Hispanic – 10 have COVID-19, she said.

“This is my belief: we expose ourselves more often because we care about our patients and what we do. A lot of people don’t risk their lives like we do. Like me, I love what I do. I love to take care of patients and at that time, I didn’t mind to risk my life for them,” said Olivencia, who is now on the mend. “I thought I was going to die. It was so hard, because I have two daughters. It has been hard for them because they thought I was going to die.”

“Here’s the rub: a lot of what we’re seeing in the data may be obscured by the fact that we don’t disaggregate by socioeconomic status and other demographic factors,” said Wizdom Powell, director of the Health Disparities Institute at UConn Health. “The challenge here is that it could oversimplify what’s happening with this population in ways that suggest that they don’t need resources for testing or COVID-19 recovery efforts dedicated to that community – and that’s far from the truth.”

Cartter – the state’s chief epidemiologist – agrees there are huge implications if the data is not accurately reported.

“My job as an epidemiologist is to document the impact of COVID-19. Our intent is to include this in our weekly update, so that it’s available for discussions, because one of the things about pandemics is that they are always followed by long periods of discussion and policy-making and the enacting of new laws. That’s characteristic of every pandemic in history: Everybody tries to figure out what it is you need to do the next time around,” he said.

“There are populations that are at increased risk for serious death and illness. This includes people in minority groups in the United States. It’s clear that the pandemic didn’t create these disparities, but it certainly has revealed them and in ways that we’ve seen before but basically the disparities became even clearer during the pandemic.” 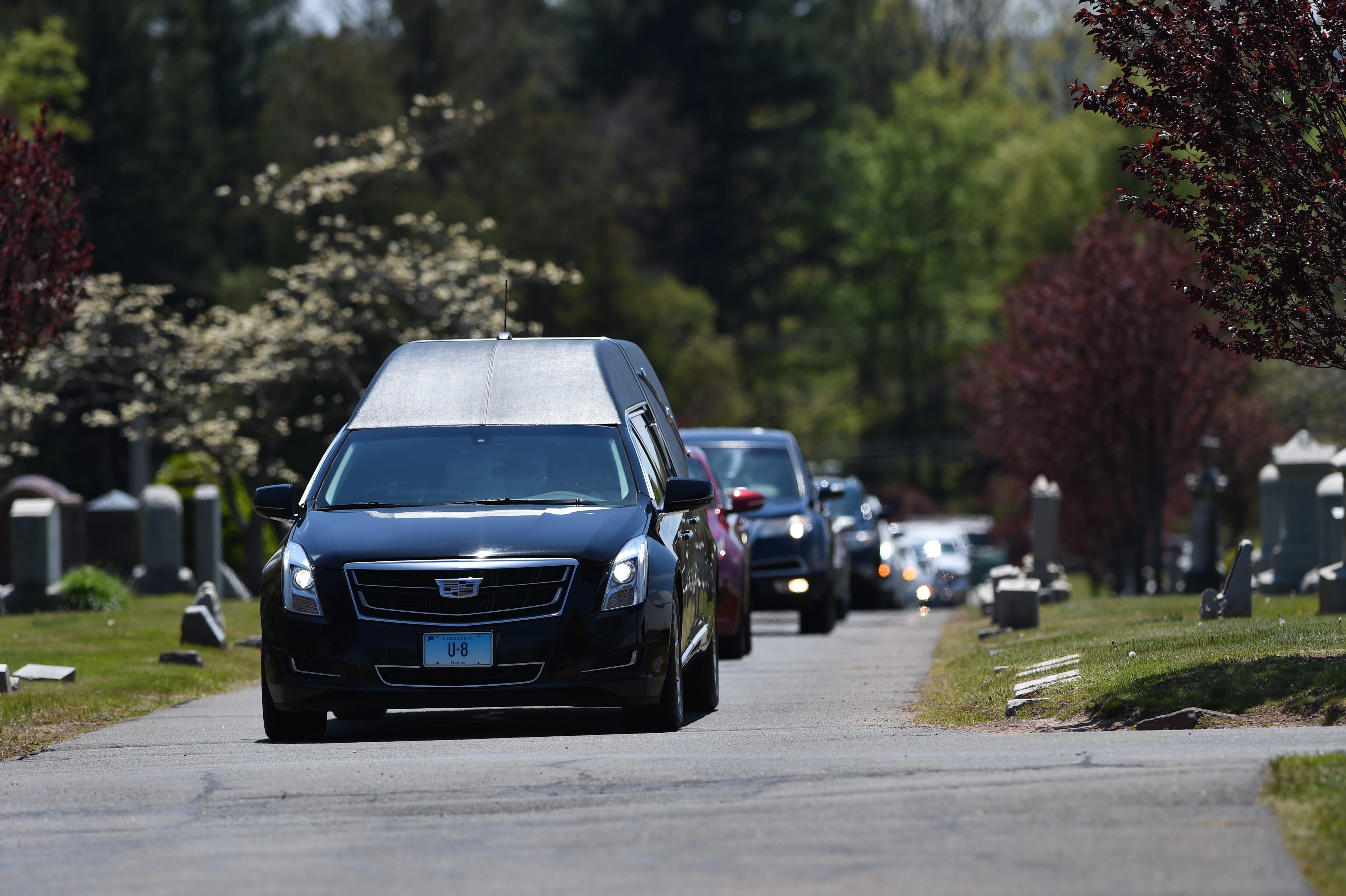 A hearse leads a funeral procession for Hazel Bailey to her burial service at Mountain View Cemetery in Bloomfield. Bailey, an African-American, died of COVID-19 on April 19 at age 73.

While Hispanic residents makeup 16.5% of Connecticut’s overall population, they only account for 7% of the roughly 25,000 people living in Connecticut’s nursing homes on any given day. African-Americans comprise about 11% of the nursing home population. The Connecticut Department of Public Health has not yet released the racial and ethnic breakdown of the nearly 2,200 nursing home residents who died from COVID-19, though it is working on that data.

In addition to their relative collective youth, there are other reasons why fewer Latinos are in skilled nursing home facilities. They are less affluent than non-Hispanic whites and less likely to be able to afford residency in pricey, community-based skilled nursing and assisted living facilities.

But another important reason is cultural. Hispanic people are much less likely to place an elderly relative in an nursing home.

The Centers for Disease Control and Prevention paints a grim picture when it comes to the Hispanic population in the pandemic. Nationally, the CDC reported, 28% of those who have contracted COVID-19 are Hispanic, though they make up only about 18% of the U.S. population. The CDC data also showed that 40% of all school-aged children hospitalized with COVID-19 are Hispanic.

Carreon said that data may be incomplete and not show the full impact of the pandemic on this population group. “We don’t have enough information,” she said. “We remain in the dark. The true impact on our community is still unknown.”

How do Connecticut’s disparities compare?

While the state’s disparities in racial and ethnic death rates are glaring after adjusting for age, Connecticut’s gaps are still narrower than most of the 27 other states that release the race and ethnicity data, Yale researchers report.

Powell said there are other factors to help explain why the death rate among some Hispanics is not as high as that of blacks.

Much of Connecticut’s Hispanic population is from Puerto Rico, but historically those who immigrate here from other countries experience a gradual decline in health the longer they are here. “Something happens with the length of time in the U.S. and we see a sort of deterioration of that protective health effect for Hispanics and Latinx individuals,” Powell said. 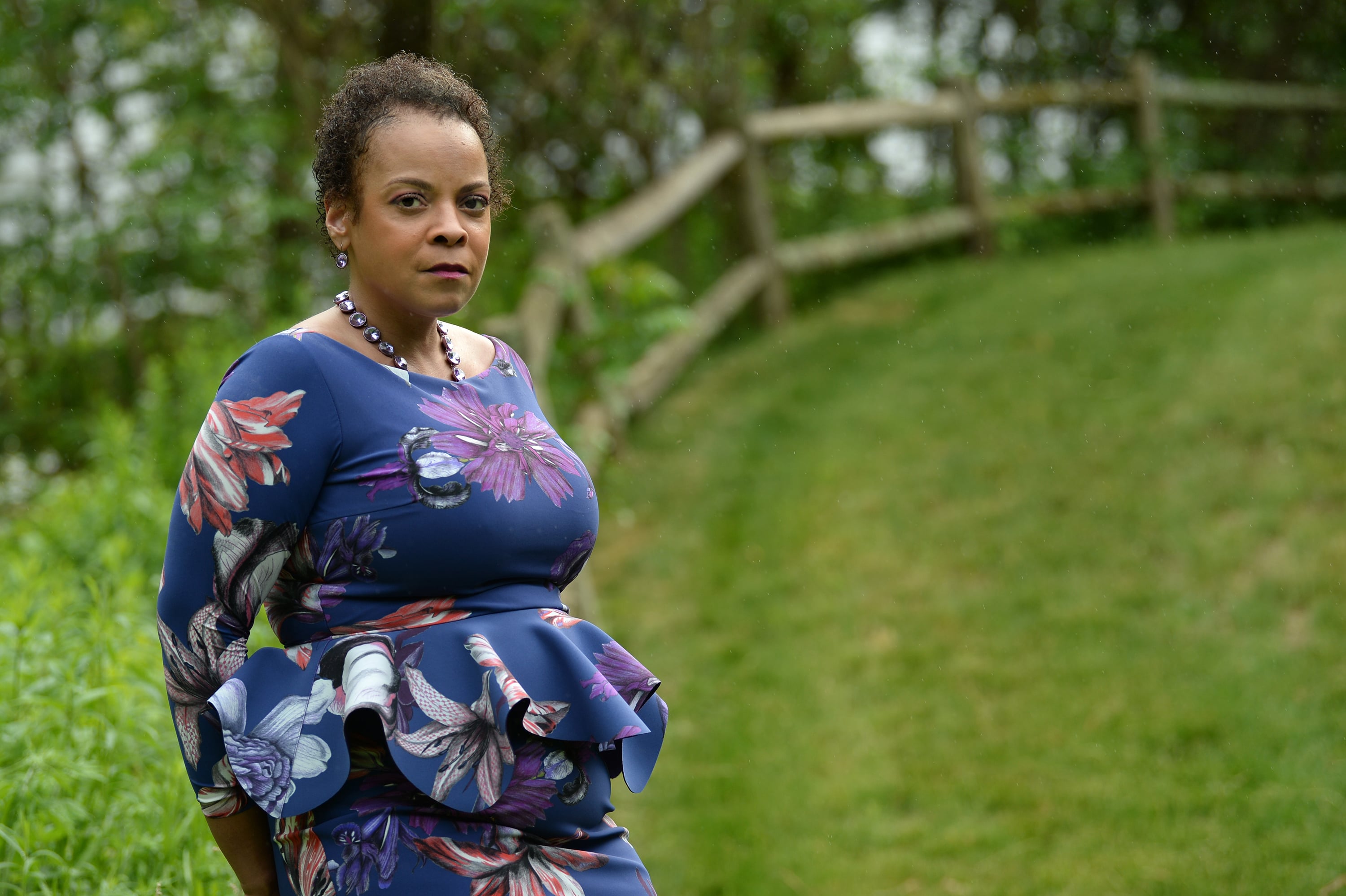 Wizdom Powell is Director of the Health Disparities Institute and Associate Professor of Psychiatry at UConn Health.

Some Hispanic residents also might be being misclassified as white in the data.

“People who are Hispanic or Latinx can choose and can select white,” Powell said,  and “in certain parts of our nation, folks don’t even have an option to select a more granular ethnic category, so they might revert to selecting white.”

A UnidosUS poll released last week shows one-fourth of the nation’s Latinos know someone with COVID-19.

Carreon asserts that the main reason the pandemic is taking a toll on the Hispanic communities is that a disproportionate number of them work in jobs considered “essential” and have had continued interaction with the public during the pandemic.

She cited statistics showing that 70% of all health front-line workers in New York City are people of color, and worries Latinos will become more vulnerable to the coronavirus as states begin to reopen.

“We’re starting to see a lot more suffering and dying,” she said.

MOOC Market by types, applications, countries, companies and forecasts to 2025 covered in a latest research

The 7 Key Steps To Build Your Machine Learning Model

The 7 Key Steps To Build Your Machine Learning Model