399
SHARES
2.3k
VIEWS
Share on FacebookShare on Twitter
Reaching Out to the Young and Mobile to Respond to the 2020 Census | BCTV Skip to Content
/ Articles / Community, Government / 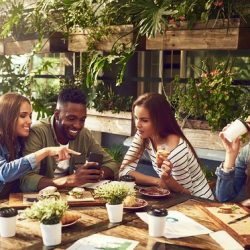 More than half of the 18- to 24-year-olds in the United States live with their parents and will be counted in their parents’ home when the 2020 Census begins this spring.

The other 45% of young adults don’t live at home and are considered less likely to respond because they are what the U.S. Census Bureau calls “young and mobile.”

These 18- to 24-year-olds are living on their own or with roommates, and tend to be unmarried and renters. Many have moved so frequently that surveys and mailings from the Census Bureau may never reach them.

And when census takers attempt to reach them in person, the multiunit buildings in which many live can be difficult to access because of locked gates or lobbies. If census takers do reach their front doors, often the young people who live there may be out and about, rather than at home.

Because they were too young to take the last decennial census, some young adults may not understand that they’re supposed to fill out a census questionnaire or why it’s important.

The “young and mobile” population is made up of the youngest Millennials born at the tail end of their generation but it primarily includes the oldest members of Generation Z born after 1996.

For the first time, almost everyone will be invited to respond to the census online.

Internet Self-Response (ISR) is just one of several census operational features that will help the Census Bureau engage with a young and mobile population in 2020.

To drive responses to the 2020 Census, a paid advertising campaign — based on survey and focus group research into barriers, attitudes and motivators for census participation — will engage young adults in places they frequent online.

Social media will allow direct engagement with the young and mobile audience.

The Census Bureau is also recruiting applicants on college campuses across the country to fill up to 500,000 temporary positions to help count everyone in the United States.

Why the Young and Mobile Should Care About the Census

The 2020 Census will be the first census that young adults have a chance to respond to on their own.

It’s important for young adults to participate because their answers will help shape their futures. The count will determine how many seats each state gets in the U.S. House of Representatives. It will also inform the distribution of billions of dollars a year in federal funding for public programs that many young adults value, including pedestrian-friendly urban development and public transit.

Among other things, local, state and federal policymakers use census responses to decide how to award federal transit grants.

Census statistics also inform funding for Pell Grants — the federal student-aid program many low-income young adults rely on to finance their higher education. More than 7.5 million students without a bachelor’s degree were projected to receive the grants in fiscal year 2018, according to the Congressional Budget Office.

And these young adults won’t be young forever. By the next census in 2030, more may be married, have children, and be settled in a community. That’s why they should care about the federal funding for schools, firehouses, local parks and education programs for their children.

“By filling in the census, you are participating in a democracy,” said Cecilia Clarke, president and CEO of the Brooklyn Community Foundation and a member of the Brooklyn Complete Count Committee. “Your voice matters, and that voice can be an engine to make things better in this country.”

Communities Depend on Young and Mobile Responses

The census tracts most heavily populated by young and mobile adults are largely concentrated close to the coasts, most of them east of the Mississippi River, according to the Census Bureau.

One hub is the New York City borough of Brooklyn — population 2.6 million. Like the city’s four other boroughs and communities across the country, its residents depend on census-informed federal funding to support their schools, public housing, roads, bridges and other public services.

Yet only 35% of households in some New York City neighborhoods responded to the 2010 Census, officials say.

“The more New York City is undercounted, and the more Brooklyn is undercounted, the less federal investment there is, the less desirable it becomes,” Clarke said. “It essentially would make it ultimately a not very desirable place to live if it doesn’t have hospitals and good schools.”

We need your support!

A donation of any size to your nonprofit media organization supports the future of media access in our community – the things you love, and the places you care about, by the people you know.

What’s A Chief Purpose Officer And Why Should You Hire One?

What's A Chief Purpose Officer And Why Should You Hire One?