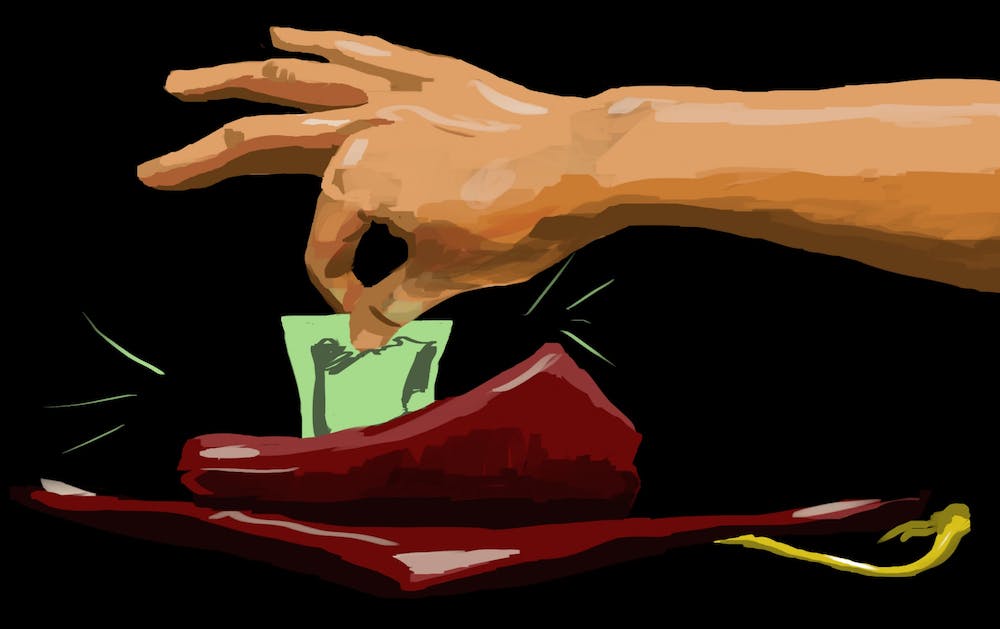 “The initiatives come after years of educators in the state calling for better funding for public education.” Illustration published on Monday, March 16, 2020.

By Piper Hansen |
3 hours ago

Arizona voters might vote on Senate Concurrent Resolution 1002 in this year’s general election along with another initiative that would direct tax dollars to schools and education programs across the state.

The initiatives come after years of educators in the state calling for better funding for public education.

SCR 1002 hopes to establish an additional 1% sales tax for the purposes of directing money to three different levels of education.

An adopted amendment to the original proposal says that if the resolution is passed, 13.75% of the revenues will go toward maintaining in-state tuition and 4.25% will go to uplifting community college trade and workforce development programs.

The remaining 82% will be used for primary and secondary classroom education purposes.

SCR 1002 went through the Senate Rules Committee in February, but it still needs to make it past the Senate floor and through the House before it gets added to the general election ballot.

The Arizona Board of Regents spoke in support of the resolution in committee because it would provide more funds for students at a higher education level.

“This bill would provide increased access for Arizona students to earn college degrees,” said Julie Newberg, director of communications for the board, in a statement.

The measure is in competition with the Invest in Education ballot measure that will go to voters in November.

The Invest in Education Act would direct 12% of funds gathered from an income tax on individuals with a taxable income more than $250,000 a year to the Career Training and Workforce Fund and 3% of the money to the Arizona Teachers Academy.

The other 85% would go to compensation for school personnel, mentoring and retention programming and increasing teacher pay.

Members of the education community like the Arizona Center for Economic Progress are more supportive of the Invest in Education initiative because of its higher projected revenues.

Since SCR 1002 has not made it to the House yet, stakeholders question its possible impact.

“We would probably support it if it made it onto the ballot, but we aren’t taking an official position unless it makes it on the ballot,” said Rebecca Gau, executive director of the nonprofit, bipartisan organization Stand for Children.

Gau, along with David Lujan, the director of the Arizona Center for Economic Progress, and other critics of SCR 1002 say that low-income Arizonans will be hurt most by the proposal.

Since low-income individuals spend more than their high-income counterparts, more of their money would go to the tax.

Lujan and Gau called the measure “regressive,” explaining the impact on low-income families and on general sales in Arizona.

However, members of the Senate Education Committee who support the bill agree that the best way to increase funds to put to education is to tax everyone the same amount.

“It’s the same rate on everyone, which makes the tax fair and equal,” said the committee’s chairwoman, Sen. Sylvia Allen (R-Snowflake).

ABOR supports SCR 1002 because of its clear focus on higher education. Not only will the money for the teacher’s academy be appealing for students, the money will allow the board to continue emphasizing a college education.

“Higher education is one of the most crucial investments an individual and our state can make for better wages, quality of life and an enhanced ability for our state to compete,” Newberg said in a statement.

At the measure’s initial committee hearing on Jan. 28, Brittney Kaufmann spoke on behalf of the Arizona Board of Regents and said they were “extremely thankful” for the resolution.

“There is no greater return on investment for the state than investing in education,” Kaufmann said at the hearing.

Kaufmann said that with the money, the universities would be able to keep the cost of in-state tuition down, something the Arizona Constitution promises, and continue innovative projects, classes and programs with the Technology and Research Initiative Fund.

In 2018, ASU spent most of their allotted funds on improving health and addressing water, environment and energy solutions.

While Stand for Children primarily works to advance the education of children rather than college students, Gau said that university students should look to their own family future in Arizona and the possibilities of teaching.

Gau said that students at the university level have spent so long in the education system that they don’t realize the issues of overcrowding, lack of pay and how “there are so many schools with visions for their students that they can’t deliver,” Gau said.