In 2014, the New York Power Authority embarked on an ambitious infrastructure modernization program. Striving to become the first end-to-end digital utility in the U.S., the New York state-owned utility set out to prove it could analyze big data, derived from strategically placed sensors, to avoid costly equipment failures.

Over the last 20 years, the availability of sensors for industrial equipment has made it cost-effective to include asset monitoring equipment on not only new installations but also existing assets through retrofitting. The potential savings from avoided failures on critical electrical equipment, such as circuit breakers, generators, transformers and rotating machinery, is particularly valuable because of the often-long lead times on repairs and replacement.

As part of its sensor deployment initiative, New York Power Authority (NYPA) engineering partnered with the Electric Power Research Institute (EPRI) to evaluate the most promising sensors for the utility’s critical assets. These included partial-discharge sensors for generators, circuit breaker monitoring and a suite of sensors for high-voltage power transformers.

NYPA is no stranger to the type of transformer failures that plague most modern utilities. According to the U.S. Department of Energy, the average age of a large, liquid-filled power transformer operating in the country is 40 years old. A power transformer’s life expectancy varies based on how it is used and where it is installed. However, older transformers are at a higher risk of failure. 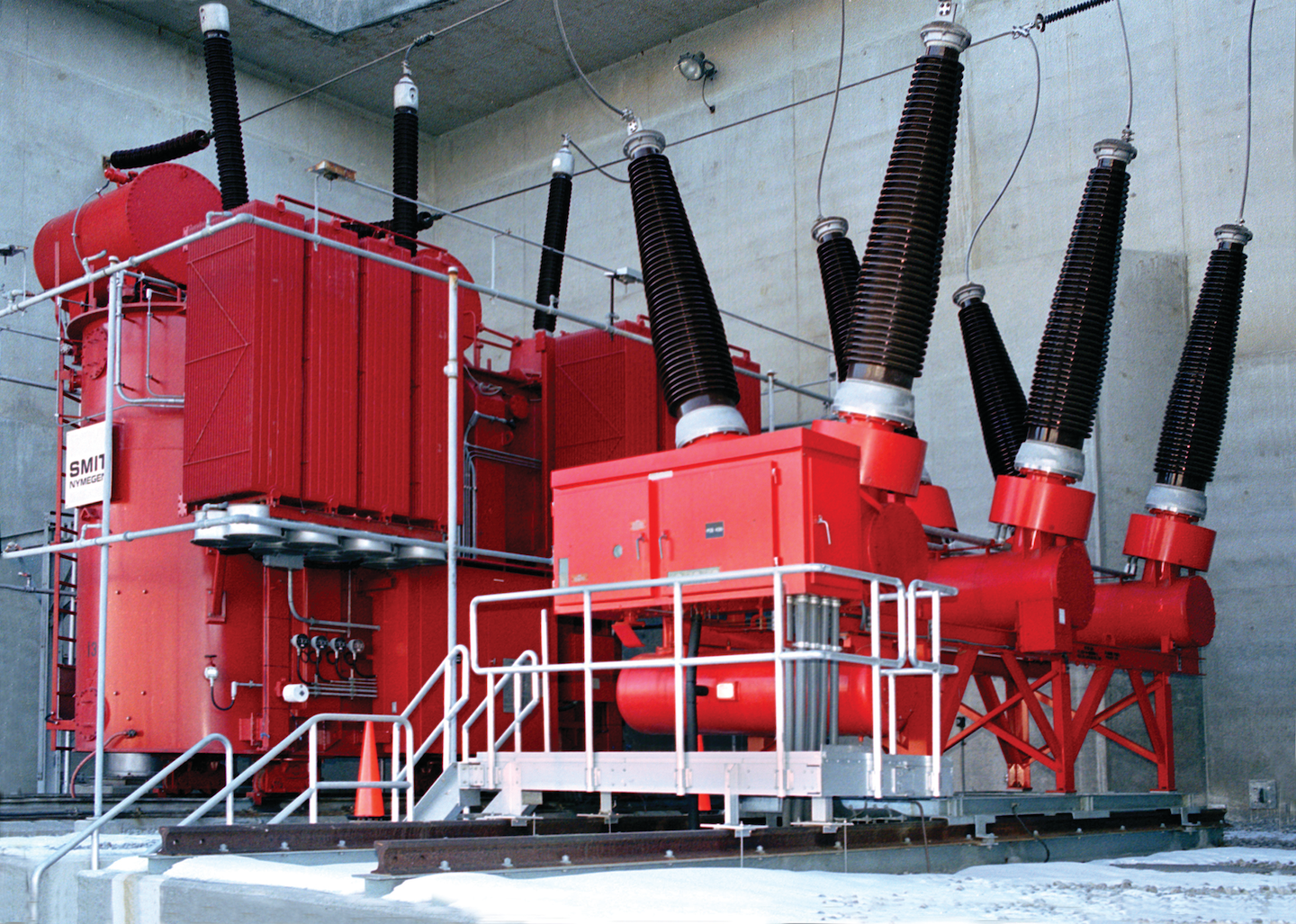 As one would expect, large, liquid-filled transformers are critical components in NYPA’s system. These transformers step up the generator terminal voltage so the utility’s inexpensive hydro power can be transported over long distances, from its hydro plants along the New York-Canadian border in western and northern New York to the load pockets elsewhere in the state.

Placing high voltage into the tight confines of a transformer tank means exceptional steps must be taken to provide high-quality electrical insulation and carry away large quantities of unwanted heat generated in the process of transforming the voltage. Highly purified mineral oil is the insulating fluid of choice.

Like the blood circulating through a body’s internal organs, the mineral oil picks up heat and the signature elements of the degradation at work inside the transformer. Just as a doctor tests blood to analyze constituents that provide clues to one’s health, so, too, can one analyze the fluid in a transformer to determine its health. Traditionally, sampling would take place once or twice a year. NYPA proposed automating this process and continuously sampling several times a day.

As part of its sensor deployment, the utility selected several pieces of equipment that could be retrofitted to its existing fleet. This included transformer winding temperature probes, transformer insulator (bushing) health systems that calculate capacitance and power factor, and, most importantly, transformer-oil dissolved gas analyzers (DGA). NYPA engineers selected the GE Kelman DGA-900 for fleet-wide deployment.

To monitor all this information on an enterprise scale, NYPA needed a dedicated team and operations location. The Integrated Smart Operation Center (iSOC) in the White Plains, New York, office began operation when CEO Gil C. Quiniones cut the ribbon on the state-of-the-art monitoring and diagnostic center in December 2017. Asset health data was flowing into its central database (Historian) and continuous on-line analysis had commenced.

NYPA is now actively championing a new paradigm of enterprise-wide data transparency that supports proactive outage avoidance, improved reliability, and long-term planning and modernization. This focus on data-driven asset management propelled NYPA to become ISO 55001-certified and compliant several months ago, becoming the first North American utility to do so for asset management.

Rogers Ratio advisory message (for ethylene-ethane combination) signifies an increase in confidence that a significant emerging internal local heating issue is occurring inside the transformer.

The proactive asset performance management enthusiasm and excitement on display at NYPA is palpable and pervasive. The iSOC slogan is, “Information is the resolution of uncertainty,” a quote borrowed from Massachusetts Institute of Technology Professor Claude Elwood Shannon—now deceased but widely regarded as the father of modern information theory.

On March 29, 2019, the linear regression rate-of-change models working in the iSOC computers advised a gassing rate of change was occurring on one of NYPA’s transformers. Soon, the application followed with a message that a key gas limit had been exceeded. The application provided the team of engineers with the following advisory message: “NIA – RM12 – Ethylene Reading Exceeding IEEE Condition 2 Limit – 29-Mar-2019 0748.”

The message indicated the IEEE limit had been reached for what is considered an acceptable amount of ethylene gas in transformer oil, like a doctor telling a patient that certain blood constituents are too high. NYPA’s engineers began to watch the suspect transformer more closely.

On March 30, 2019, all the monitored gases — but especially ethylene and ethane — started trending upward again. Ethylene reached 214 ppm, triggering IEEE condition 3. In addition, ethane reached 30 ppm, causing the analytics to fire a Rogers Ratio advisory for C2H4-C2H6 (an ethylene-ethane combination). The advisory signified an increase in confidence that a significant emerging internal local heating issue was occurring inside the transformer.

That same day, the iSOC specialist conferred with headquarter-based electrical engineers. The electrical engineers knew the transformer had sustained a through-fault, a fault external to the transformer, about a year earlier. An iSOC investigational case was created, triggering a deeper investigation. The first observation by iSOC analysts was the gassing trend was load dependent. Their second observation was the gas combination, Rogers Ratio, indicated the transformer failure mechanism derived from local overheating, greater than 700°C (1292°F).

This type of local overheating often stems from circulating currents in the core and tank or, perhaps, a high-resistance electrical joint. A plan was formulated to notify the local plant engineers as well as the headquarters engineering directors and keep a close watch on the rate of change.

On April 4, 2019, the upward trend continued and the suspect transformer was now in IEEE condition 4 with ethylene levels as high as 312 ppm. Methane was peaking at 227 ppm, while ethane remained in IEEE condition 2 at 86 ppm. A load-dependent correlation now clearly was evident, directing NYPA’s iSOC and electrical engineering team to believe the cause was overheating in a failing internal electrical joint that carries the transformer’s load current.

A syringe sample was obtained from the suspect transformer’s Doble port and sent to an off-site laboratory for analysis. The quantity of gas in the oil and the diagnosis matched the on-line analysis, validating NYPA’s approach to big-data on-line monitoring.

It is important to note the engineering team consulted with the original equipment manufacturer (OEM) of the transformer. The OEM provided guidance as to when the transformer should be removed from service. NYPA’s first priority is the safety of its personnel, and a plan was formulated to operate and monitor the transformer safely until it could be replaced and subsequently inspected during a planned outage.

On May 10, 2019, during a planned outage, plant engineers and maintenance mechanics took scheduled action to replace the transformer with a spare. The plan worked. The suspect, failing transformer was monitored successfully by NYPA staff until it was replaced. There was no unplanned downtime, and the utility’s personnel and systems were never in jeopardy.

The failing transformer was drained and inspected, and the cause of the overheating was found to be a node of overheated electrical connections that could be repaired easily.

The DGA equipment installed under the sensor deployment program provides NYPA staff with three samples a day. Prior to the program, a sample would have been analyzed once or twice a year, as is common in the electric utility industry. Chances are an evolving failure such as this would not have been caught in time to prevent a complete failure of the transformer, which would have resulted in extensive unplanned (forced) outage time, lost opportunity and far greater repair costs. 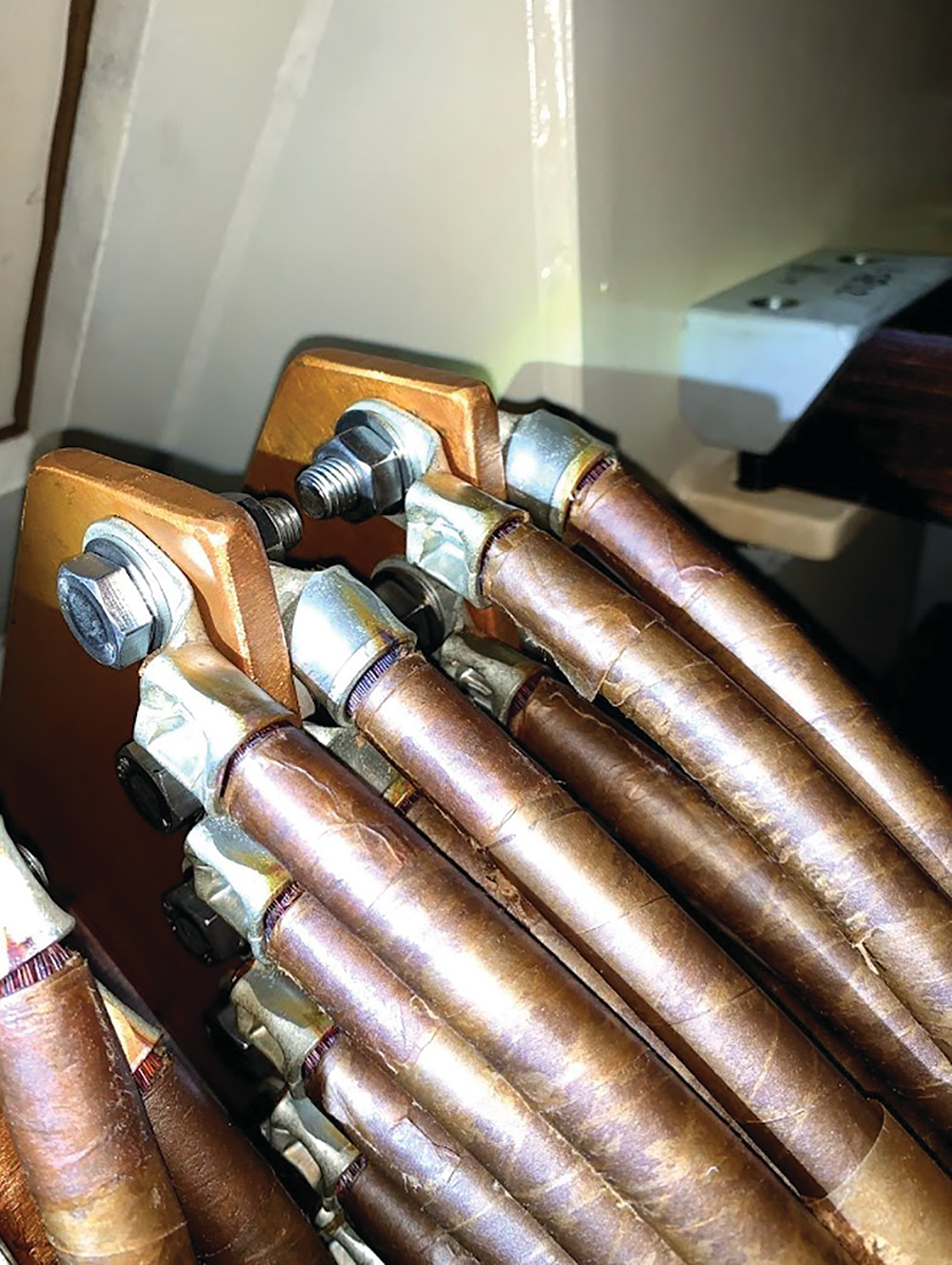 After draining and inspecting the failing transformer, the cause of overheating was found to be a node of overheated electrical connections that could be repaired easily.

This particular case is an exciting demonstration of the capability inherent in a sensor deployment program. When ideas and technology come together in asset performance management platforms, such as those at NYPA, personnel using advanced technology ensure reliable operation while keeping people safe, assets healthy and systems compliant.

Yes! Some rake in the moolah in Bank debacle | Kolkata News