By Valerie Elliot For The Mail On Sunday

British beef is to return to American supermarket shelves and restaurants for the first time in 24 years.

In a historic victory for UK farmers, American officials have lifted a ban imposed at the height of the mad cow disease crisis in 1996.

The move follows a series of inspections by US officials at British farms and abattoirs last summer. UK firms are now expecting to send the first shipments of beef to America in June.

British farmers believe they can exploit a growing demand in America for high-end cuts of grass-fed beef driven by consumers concerned about the growth hormones pumped into US cattle. 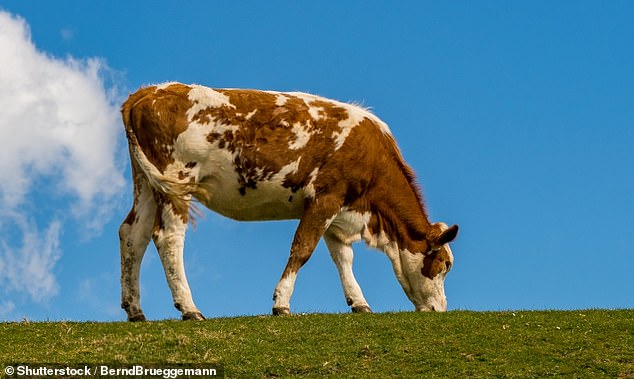 The decision to drop the ban followed a three-week visit to British farms, abattoirs and testing laboratories by five officials from the US Food Safety and Inspection Service [File photo]

The US ban was finally lifted last week after years of negotiations between government officials and meat industry experts on both sides of the Atlantic.

It comes as the British Government prepares to ramp up talks about a post-Brexit free trade agreement with the US.

International Trade Secretary Liz Truss said: ‘It’s great news that the US has reopened the market to British beef.

‘This is a win for our farmers and I look forward to seeing high-quality British beef being enjoyed on tables across the US very soon.’

It is calculated the US market for British beef will be worth £66 million over the next five years. 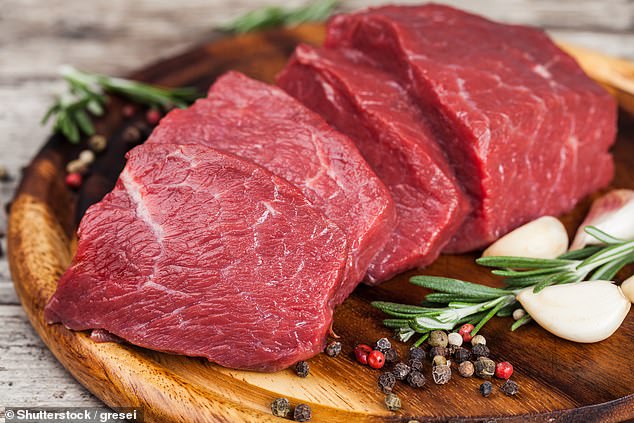 Marketing teams from those groups hope to visit the US soon to promote British meat at trade fairs and to meet leading wholesalers, restaurant chains and supermarket buyers [File photo]

But after years of scare stories about mad cow disease, British farmers face a challenge to convince millions of Americans to switch from home-grown beef.

The decision to drop the ban followed a three-week visit to British farms, abattoirs and testing laboratories by five officials from the US Food Safety and Inspection Service.

The trip was arranged by experts from the Agriculture and Horticulture Development Board (AHDB) and meat promotion organisations from Wales and Scotland.

Marketing teams from those groups hope to visit the US soon to promote British meat at trade fairs and to meet leading wholesalers, restaurant chains and supermarket buyers.

It is also hoped that Dame Karen Pierce, Britain’s Ambassador to the US, will fly the flag for British beef in Washington DC.

Dr Phil Hadley, the AHDB’s international market development director, told The Mail on Sunday: ‘The Americans have a voracious appetite for beef.

‘We believe the main opportunities will be for high-end British steaks and manufactured burgers.

‘We expect to sell to markets on the East and West coasts where people are more interested in food and like to try new products. We know from consumer research that Americans are keen on grass-fed beef and we expect demand to be for specific pedigree breeds known for the quality of meat, such as Aberdeen Angus.’

The outbreak of bovine spongiform encephalopathy (BSE) – a degenerative brain disease – in cattle in the mid-1990s decimated Britain’s livestock farming and led to the slaughter of 4.4 million animals. 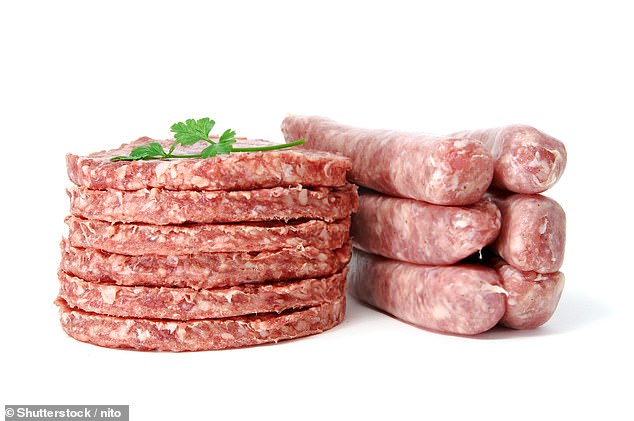 Exports of UK beef worldwide were worth an annual £520 million in 1995.

A human strain called variant Creutzfeldt-Jakob disease has killed more than 170 people in the UK.

Nicknamed mad cow disease, BSE was first diagnosed in the 1980s but the worldwide ban on British beef was imposed by the European Union in 1996 following the British outbreak.

The EU lifted the ban in 2006, but many countries continued to refuse to allow imports of British beef. They included Canada, which finally lifted its embargo in 2015.