The 10 General Applications of Statistical Models in Data Analytics 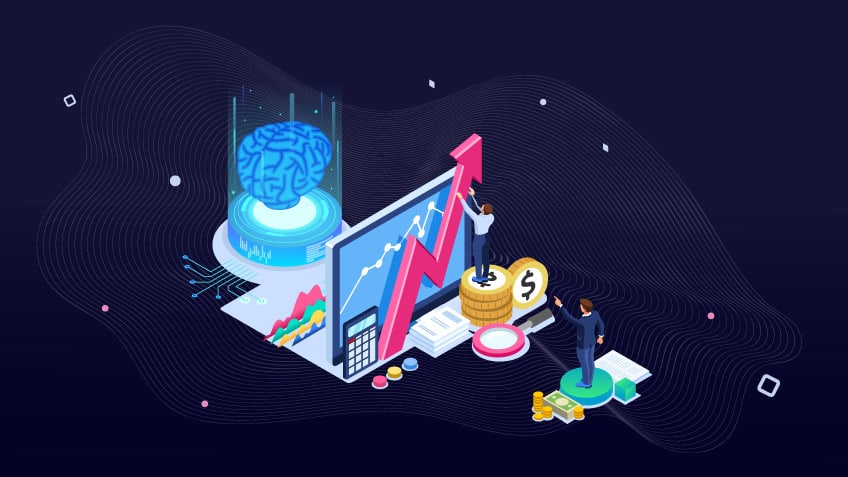 Statistic modelling is an essential part of data analytics. It is a process of applying statistical analysis to a dataset. A statistical models is generally a mathematical representation of observed data. When data analysts apply various statistical models to the data they are working on, they are able to understand and interpret the information more strategically. Rather than sifting through the raw data, this practice allows them to identify relationships between variables, make predictions about future sets of data, and visualize that data so that non-analysts and stakeholders can consume and leverage it. While data scientists are most often tasked with building models and writing algorithms, analysts also interact with statistical models in their work on occasion. For this reason, analysts who are looking to excel should aim to obtain a solid understanding of what makes these models successful.

“As machine learning and artificial intelligence become more commonplace, more and more companies and organizations are leveraging statistical modeling in order to make predictions about the future based on data. [So] if you work in the area of data analytics, you need to understand how the underlying models work…No matter what kind of analysis you are doing or what kind of data you are working with, you are going to need to use statistical modeling in some way,” says Alice Mello—assistant teaching professor for the analytics program within Northeastern’s College of Professional Studies.

Here are some of the most common applications of statistical models.

Spatial dependency is the co-variation of properties within geographic space: characteristics at proximal locations appear to be correlated, either positively or negatively. Spatial dependency leads to the spatial auto-correlation problem in statistics since, like temporal auto-correlation, this violates standard statistical techniques that assume independence among observations

Additionally, time series analysis techniques may be divided into parametric and non-parametric methods. The parametric approaches assume that the underlying stationary stochastic process has a certain structure which can be described using a small number of parameters (for example, using an autoregressive or moving average model). In these approaches, the task is to estimate the parameters of the model that describes the stochastic process. By contrast, non-parametric approaches explicitly estimate the covariance or the spectrum of the process without assuming that the process has any particular structure.

Methods of time series analysis may also be divided into linear and non-linear, and univariate and multivariate.

Survival analysis is a branch of statistics for analyzing the expected duration of time until one or more events happen, such as a death in biological organisms and failure in mechanical systems. This topic is called reliability theory or reliability analysis in engineering, duration analysis or duration modelling in economics, and event history analysis in sociology. Survival analysis attempts to answer questions such as: what is the proportion of a population which will survive past a certain time? Of those that survive, at what rate will they die or fail? Can multiple causes of death or failure be taken into account? How do particular circumstances or characteristics increase or decrease the probability of survival? Survival models are used by actuaries and statisticians, but also by marketers designing churn and user retention models.

Survival models are also used to predict time-to-event (time from becoming radicalized to turning into a terrorist, or time between when a gun is purchased and when it is used in a murder), or to model and predict decay.

Market segmentation, also called customer profiling, is a marketing strategy that involves dividing a broad target market into subsets of consumers, businesses, or countries that have, or are perceived to have common needs, interests, and priorities, and then designing and implementing strategies to target them. Market segmentation strategies are generally used to identify and further define the target customers and provide supporting data for marketing plan elements such as positioning to achieve certain marketing plan objectives. Businesses may develop product differentiation strategies, or an undifferentiated approach, involving specific products or product lines depending on the specific demand and attributes of the target segment.

Recommender systems or recommendation systems (sometimes replacing “system” with a synonym such as a platform or an engine) are a subclass of information filtering systems that seek to predict the ‘rating’ or ‘preference’ that a user would give to an item.

Association rule learning is a method for discovering interesting relations between variables in large databases. For example, the rule {onions, potatoes} ==> {burger} found in the sales data of a supermarket would indicate that if a customer buys onions and potatoes together, they are likely to also buy hamburger meat. In fraud detection, association rules are used to detect patterns associated with the fraud. Linkage analysis is performed to identify additional fraud cases: if credit card transaction from user A was used to make a fraudulent purchase at store B, by analyzing all transactions from store B, we might find another user C with fraudulent activity.

An attribution model is a rule or set of rules, that determines how credit for sales and conversions is assigned to touchpoints in conversion paths. For example, the Last Interaction model in Google Analytics assigns 100% credit to the final touchpoints (i.e., clicks) that immediately precede sales or conversions. Macro-economic models use long-term, aggregated historical data to assign, for each sale or conversion, an attribution weight to a number of channels. These models are also used for advertising mix optimization.

The scoring model is a special kind of predictive model. Predictive models can predict defaulting on loan payments, risk of accident, client churn or attrition, or chance of buying a good. Scoring models typically use a logarithmic scale (each additional 50 points in your score reducing the risk of defaulting by 50%) and are based on logistic regression and decision trees, or a combination of multiple algorithms. Scoring technology is typically applied to transactional data, sometimes in real-time (credit card fraud detection, click fraud).

Predictive modeling leverages statistics to predict outcomes. Most often the event one wants to predict is in the future, but predictive modeling can be applied to any type of unknown event, regardless of when it occurred. For example, predictive models are often used to detect crimes and identify suspects, after the crime has taken place. They may also be used for weather forecasting, to predict stock market prices, or to predict sales, incorporating time series or spatial models. Neural networks, linear regression, decision trees, and naive Bayes are some of the techniques used for predictive modeling. They are associated with creating a training set, cross-validation, and model fitting and selection.

Some predictive systems do not use statistical models but are data-driven instead.

Cluster analysis or clustering is the task of grouping a set of objects in such a way that objects in the same group (called a cluster) are more similar (in some sense or another) to each other than to those in other groups (clusters). It is the main task of exploratory data mining, and a common technique for statistical data analysis, used in many fields, including machine learning, pattern recognition, image analysis, information retrieval, and bioinformatics.
Unlike supervised classification (below), clustering does not use training sets. Though there are some hybrid implementations, called semi-supervised learning.