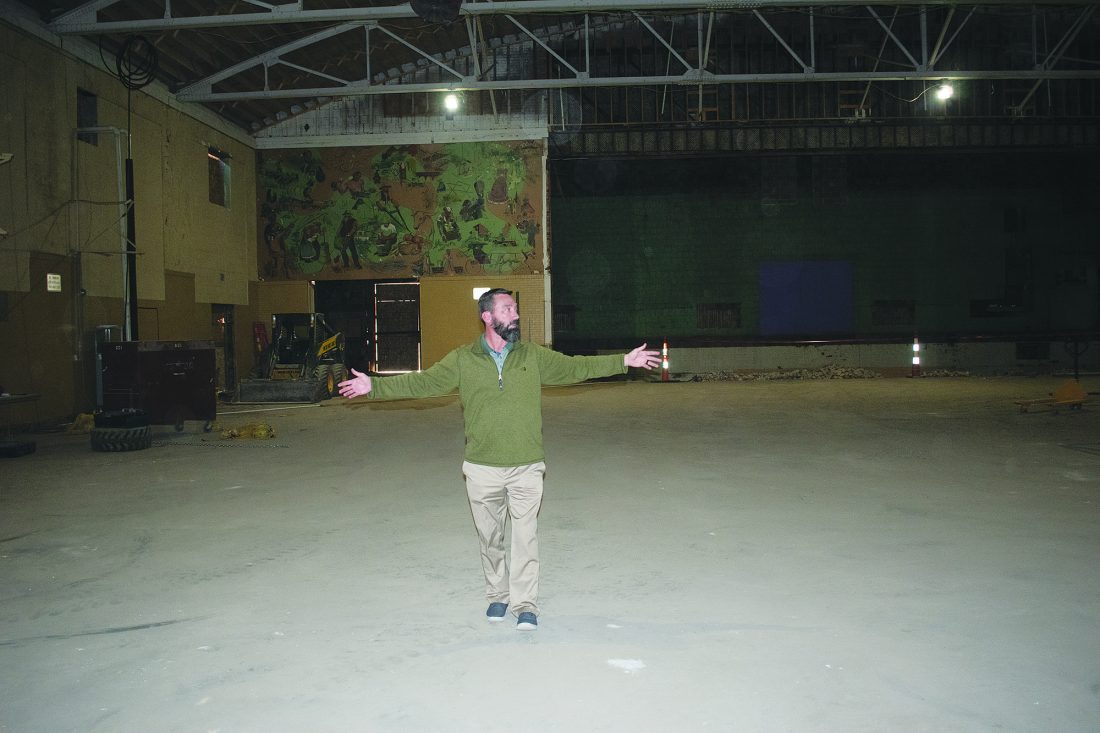 T-R photo by Lana Bradstream
City of Marshalltown Parks and Recreation Director Geoff Hubbard on Wednesday shows the progress that has been made on the Veterans Memorial Coliseum.

A $1.35 million fundraising initiative to renovate Marshalltown’s Veteranst Memorial Coliseum is “roughly $7,000 short of the goal,” city administrator Jessica Kinser said Wednesday. “To be this close one year later is positive.”

Coins commemorating the Veterans Memorial Challenge Coin are for sale for $20 each at Hellberg Jewelers, Marshalltown Parks and Recreation and the city Finance Department. The coin was designed by Kelli Thurston of Marshalltown.

She and other fundraising committee members are thrilled to be near the finish line after nearly one year of fundraising.

“We started the campaign March 15, 2019,” committee member and Parks and Recreation director Geoff Hubbard said. “It would be neat if someone could come in the last minute and get us to the goal within the year.” 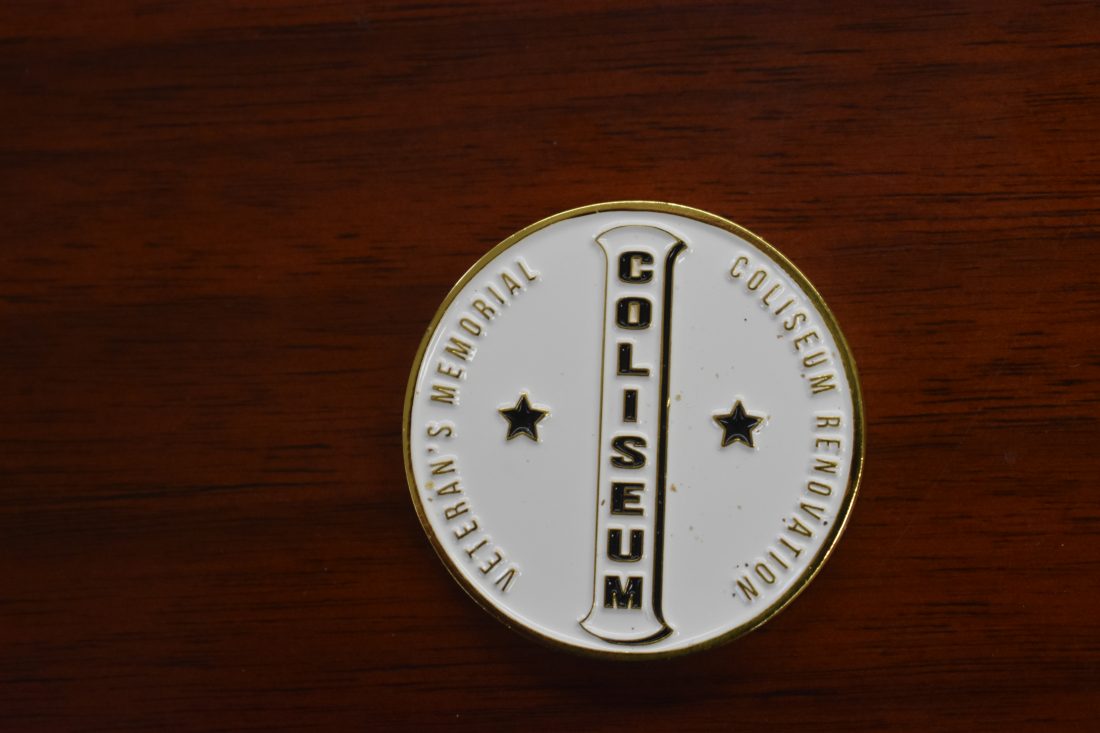 A commemorative coin for the Veterans Memorial Coliseum was made to help raise funds for rebuilding the iconic structure.

“I know I am speaking for other committee members to say we are grateful for the donations large and small, from residents and corporations alike,” Gowdy said. “From the beginning, we felt the cause was worthy to renovate this historic building. We are less than 1 percent from reaching our goal. I am optimistic we will reach it in the immediate future.”

With a total project cost of $3.6 million, the $1.35 is made up of private donations and foundation awards to supplement insurance money, grants and other funds.

The Coliseum, once used by hundreds of residents each year primarily for recreation and community events, was severely damaged in the July 2018 tornado with a portion of its roof landing on nearby city hall. Sprinkler heads erupted from debris drenched the interior until a water main could be shut off. 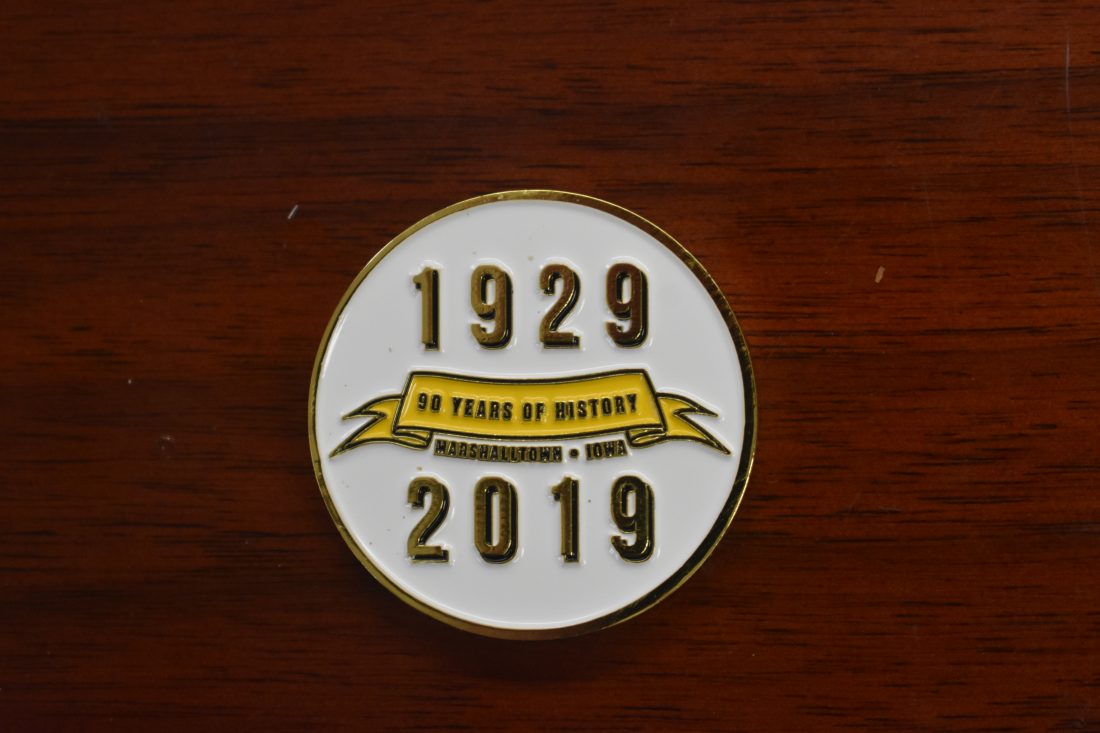 Plans to renovate the building were discussed long before the tornado.

A committee was formed by city staff, residents and veterans to examine the feasibility of renovating the building which first opened in 1929 to honor Civil War, Spanish-American War and World War I veterans.

On Veterans Day 2009, the building was re-dedicated to honor veterans of all wars.

“When the tornado occurred, the plans and specifications were not complete,” Kinser said.

“The city’s insurance company quickly stepped in to complete the emergency work of replacing the roof and removing all portions of the interior damaged in the tornado and broken water lines following.” 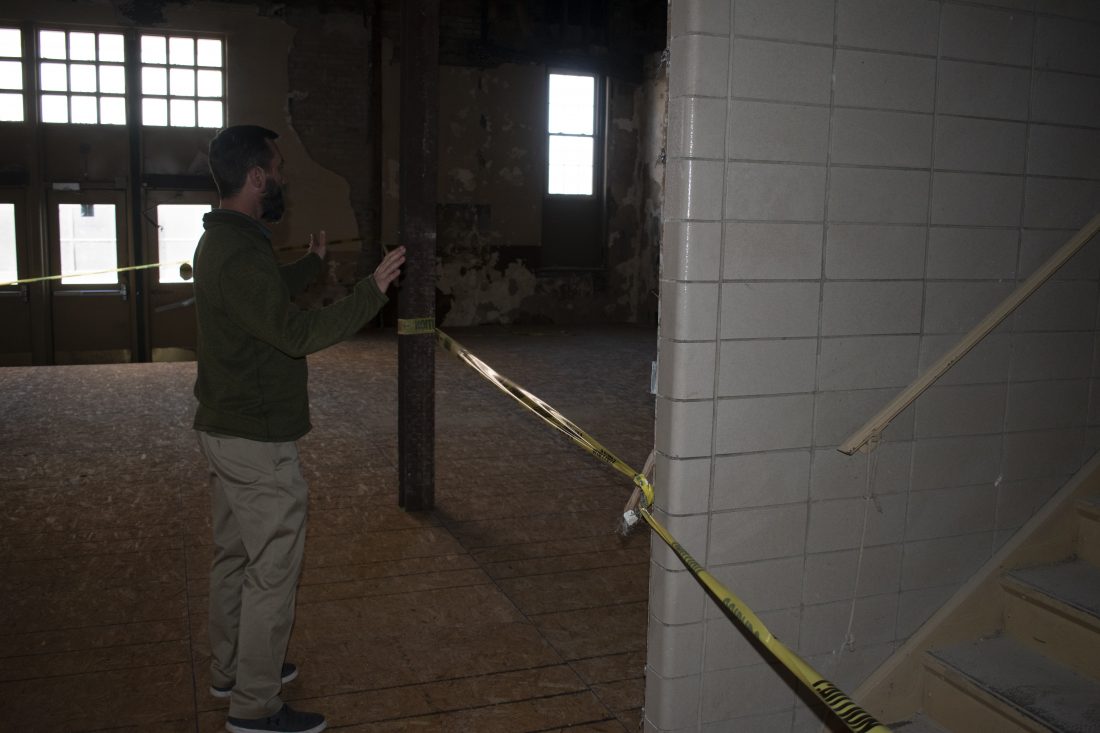 In February 2018, councilors voted unanimously to support a private-public effort to substantially renovate the venerable landmark.

The entire facility will be Americans with Disabilities Act compliant, including an elevator.

Once all work is complete, useable space will be increased to 14,235 square feet versus the pre-tornado’s 9,435 square feet, according to an August 2019 feasibility study prepared by GTG Companies.

A commemorative coin for the Veterans Memorial Coliseum was made to help raise funds for rebuilding the iconic structure.

T-R photo by Lana Bradstream
City of Marshalltown Parks and Recreation Director Geoff Hubbard on Wednesday shows the progress that has been made on the Veterans Memorial Coliseum. 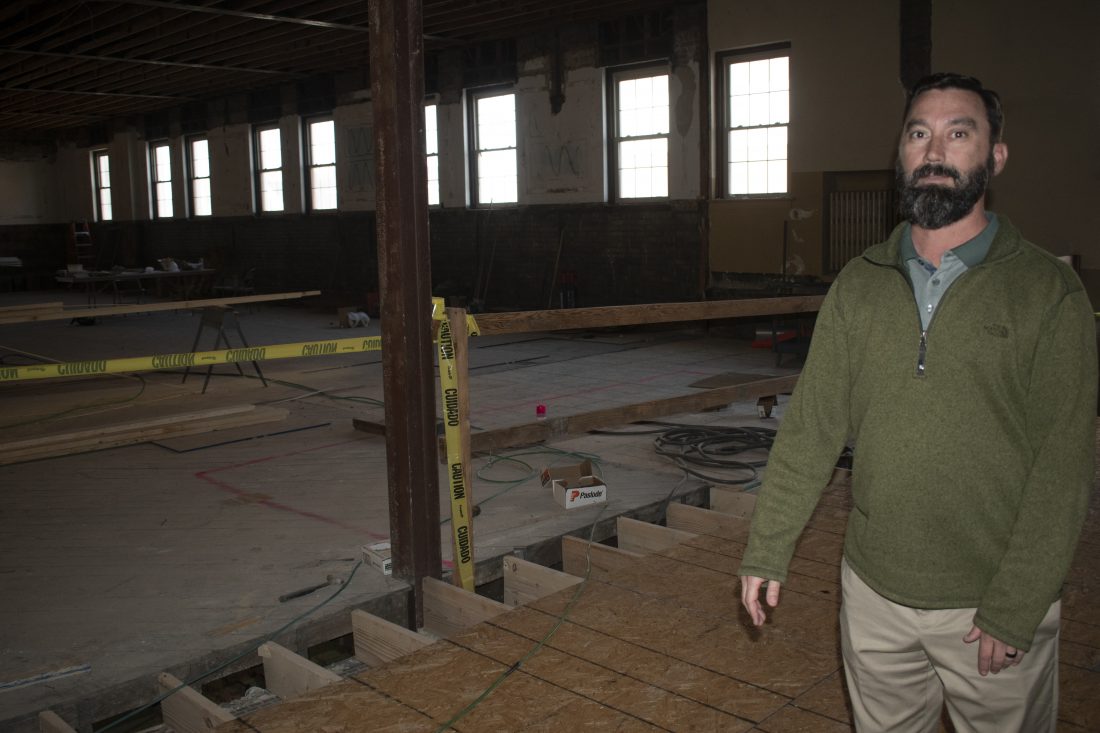 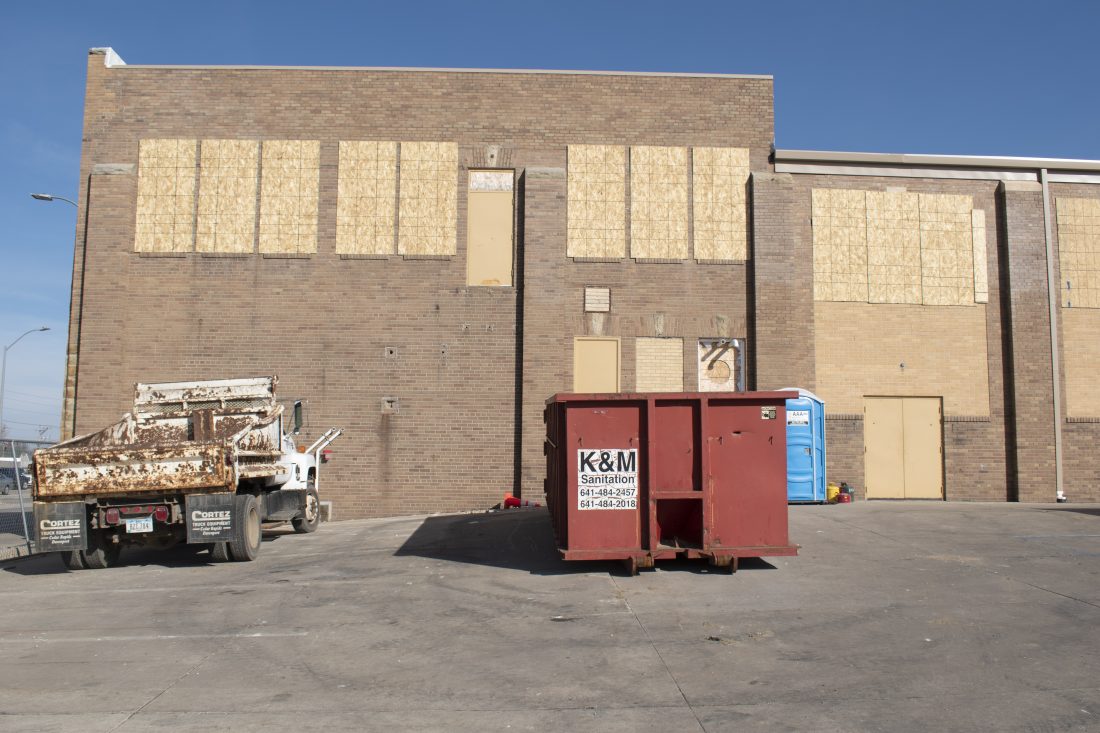