Where The U.S. Coronavirus Emergency Funding Is Headed : Shots 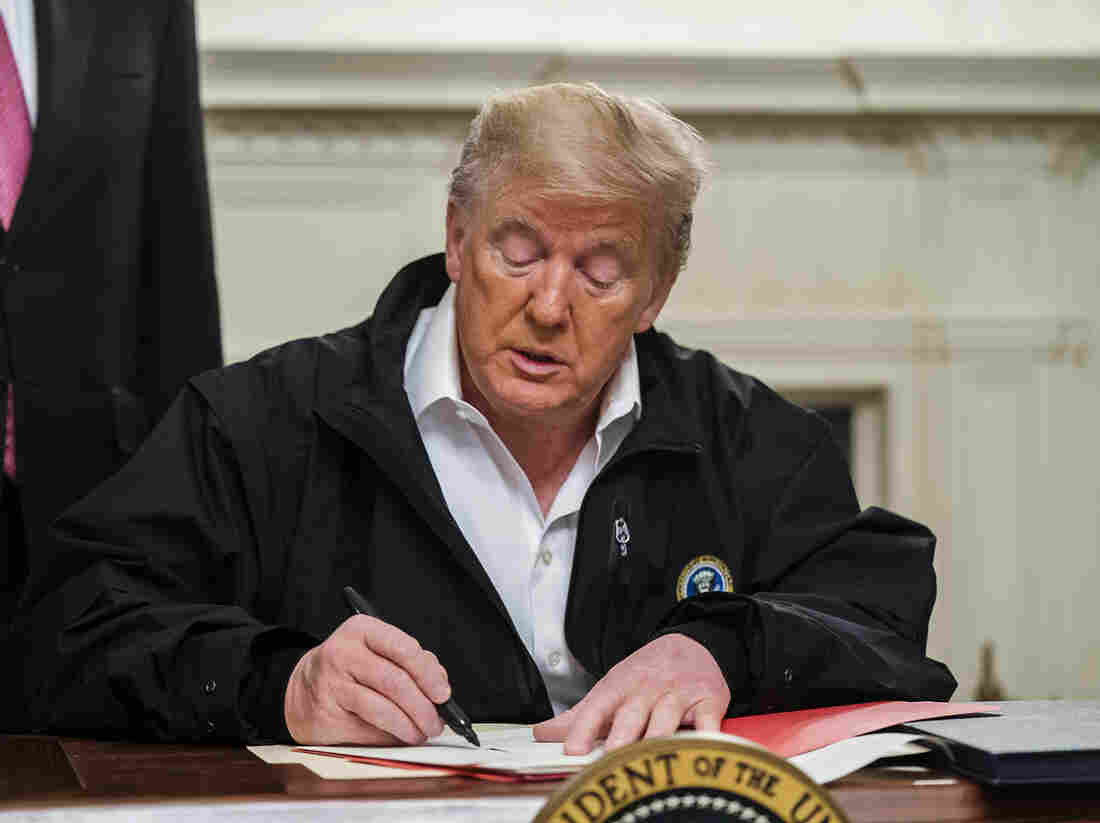 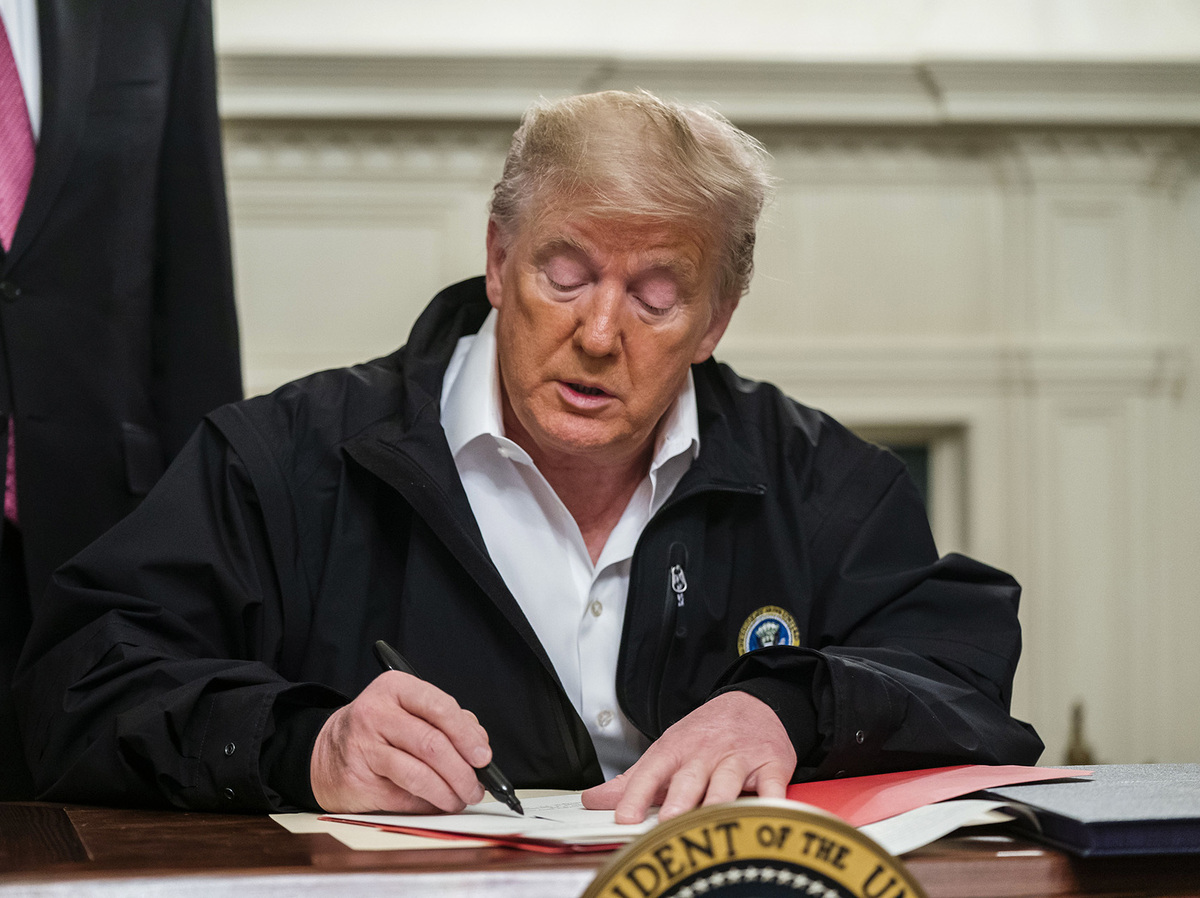 The coronavirus funding bill signed into law by the president Friday puts much more money toward treating and preventing the spread of COVID-19 than his administration requested from Congress last week.

The Trump administration’s initial request — in the form of a two-page letter to Congress on Feb. 24 — was for $1.25 billion in new funds, with additional money moved from other parts of the federal budget to get to a total of $2.5 billion. The amount authorized Friday is more than three times that.

“It’s a significant amount of money,” says Jen Kates of the Kaiser Family Foundation. In comparison, Congress put $5.4 billion toward the Ebola response in 2014, and nearly $7 billion for H1N1 in 2009 — though, of course, each epidemic is different and requires a different response.

“It appears to me to be an appropriate number to definitely begin the fight — and likely handle the fight, assuming nothing goes sideways,” says Chris Meekins, a health care policy analyst at Raymond James who, until January of 2019, served as Assistant Secretary for Preparedness and Response at the Department of Health and Human Services

So what do taxpayers get for that $8.3 billion? Here are some highlights:

$3.1 billion for the health secretary’s dispersal

The biggest pot of money goes to the Office of the Secretary of HHS, and that funding is available until 2024.

“I thought the flexibility they gave within the Office of the Secretary’s public health emergency account was good,” Meekins says. “It allows us to not just put money toward therapeutic development — also vaccine development — but also purchase additional supplies that are needed, like masks and personal protective equipment, which for years had been underfunded by Congress and administrations.”

Of that money, $100 million is directed to community health centers for underserved groups. “I think that a focus on underserved populations is going to continue to be very important as we see more cases in more states,” says Beth Cameron who works on global biological policy for the Nuclear Threat Initiative. During the Obama Administration, she served as senior director for Global Health, Security and Biodefense on the White House’s National Security Council, a position that was eliminated by the Trump administration in 2018.

Of all of the $950 million for state and local public health response that’s to be dispersed via the Centers for Disease Control and Prevention, half must be allocated within 30 days.

“That’s great because that will hopefully get around some of the bureaucratic delays we’ve seen in previous responses,” says Dara Lieberman of Trust for America’s Health, a nonpartisan public health policy research and advocacy organization.

What will state and local health departments be using this money for? Lieberman says one need may be staffing. “Health departments may have to do some quick hiring or contracting of people,” she says. “Laboratories may have to buy equipment, and pay people overtime because people may be working 12-hour shifts, six or seven days a week as testing ramps up.”

Data analytics, she says, is another area where health departments may need to quickly invest, so they can conduct surveillance of how coronavirus infections are spreading. “We’ve long neglected data modernization among health departments — because we underfund public health so much — so they may have to be investing in those kinds of basic capabilities.”

$300 million to buy vaccines and treatments

Will whatever treatments or vaccines that are eventually developed for coronavirus be affordable?

That was a question put to the head of the federal coronavirus task force and HHS Secretary Alex Azar by Rep. Jan Schakowsky, D-Ill. at a hearing last week. Azar responded that he couldn’t guarantee affordability: “We would want to ensure we work to make [a vaccine] affordable, but we can’t control that price because we need the private sector to invest.” His comment triggered accusations that Azar, a former executive at drugmaker Eli Lilly, had more loyalty to the private sector than the American public.

In Friday’s funding package, there’s a provision that the vaccines and treatments purchased by the government are to be priced fairly and reasonably.

Congresswoman Rosa DeLauro, who chairs the House Appropriations health subcommittee, pointed out in a statement that the bill gives “authority for the Secretary of Health and Human Services to make the vaccines, therapeutics, and diagnostics developed from funding in this bill to be affordable in the commercial market.” She urged Azar to make use of that provision.

The Trump administration’s original request to Congress was focused purely on responding to coronavirus on the domestic front. As Azar explained in another Congressional hearing last week: “Our activities are really containment and mitigation preparation in the homeland, because we’re not going to help the Chinese stop this in China — China will do that or not be able to do that.”

In the end, the bill the president signed into law does include funding for responding to the spread of coronavirus response internationally.

Cameron says that global investment is essential, and she was glad to see it ultimately included. The international funding isn’t as much as she was hoping for, she says, but it’s a “good start.”

“It’s super important to make sure that we are focused not just within the United States,” Cameron says. “We don’t know which countries are going to be most affected,” she explains, and so supporting low- and middle-income countries that might not have the resources to contain outbreaks on their own is a “fantastic investment.”

What may be missing from the funding package

For instance, if someone is compelled to stay isolated in a hospital for 14 days, who is to pay for that? That question is especially pressing for the more than 70 million Americans who don’t have health insurance or are underinsured.

“That’s the next frontier that’s going to have to be grappled with,” Kates of KFF says. “If [coronavirus] gets much more widespread, all the challenges of the existing way in which health care is financed and provided in this country are going to be in stark relief. And they’re not addressed in this bill.”

Temporary Labor Market Expected to Grow at a CAGR of 3

Minister Bibeau in Charlottetown in Support of Young Leaders in Agriculture

Minister Bibeau in Charlottetown in Support of Young Leaders in Agriculture