Spindrift Raises $29.8M in Funding Round 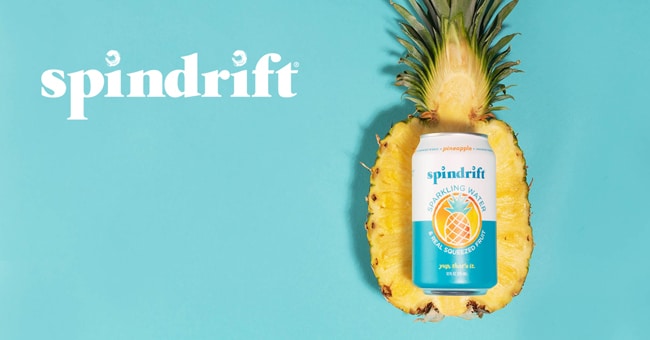 Premium sparkling water maker Spindrift has raised $29.8 million in a new funding round, its largest single round to date, according to a filing with the U.S. Securities and Exchange Commission (SEC) this week.

The new round brings the Massachusetts-based company’s total financing to at least $70 million and is the first new funding the brand has received since a $20 million Series B round led by VMG Partners in 2018. Other previous investors in the brand include Prolog Ventures, KarpReilly, RiverPark Ventures and Almanac Insights.

The financing comes during a period of sustained growth for Spindrift. According to market research firm IRI, the brand reported a 127.5% increase in retail dollar sales to $37.4 million for the 52-week period ending December 19, 2019, making it one of the largest startup brands in the category. The market for sparkling water grew 11.3% to $3.2 billion in retail dollar sales in the same period, according to IRI, and is led by established players in the category such as LaCroix, Sparkling Ice and Nestlé, as well as fast rising entrants from strategics such as PepsiCo’s Bubly.

Speaking with BevNET in July 2019, Creelman said 72% of Spindrift’s dollar gains at that time were incremental to the sparkling water category, showing that the brand is bringing in new consumers to the space. He noted then that the brand’s ACV was “extremely low” and that the company had a long runway to grow as a challenger brand.

Spindrift is currently available in retailers nationwide, including Publix, Trader Joe’s, Kroger, Whole Foods and Target. In the past year, the brand has continued its focus on food service accounts, including Northeast companies such as Sweetgreen, Dig Inn, Boloco and Cava as well as Starbucks cafes.

The filing comes as Spindrift announces its latest flavor innovation: Pineapple. The new SKU, which was scheduled to debut at Natural Products Expo West 2020 this week, is made with pineapple juice and will be available next month on the company’s website. The flavor is the first new product from the company since it introduced its Lime variety last year. To promote the product, the company has also launched a sweepstakes promotion where consumers who find a gilded can in 8-packs of the Pineapple flavor will be eligible to win prizes from the company.

“There has never been a sparkling water made with real pineapples — so we had no reference point for flavor,” Creelman said in a press release. “Pineapples can be very rich and our taste profile is light and refreshing, so it took a lot of testing to get it right. We are thrilled with the round sweetness of Spindrift Pineapple and can’t wait to hear what our community thinks.”