Kahului Airport was bustling with tourists in this recent photo. The county Cost of Government Commission has come up with a draft report examining the county grant to the Maui Visitors Bureau. — The Maui News / MATTHEW THAYER photo

Maui County provides its visitors bureau with the most money of all counties in Hawaii, $3 million this fiscal year, for tourism promotions and marketing, according to a draft report for the county’s Cost of Government Commission.

The draft report examined the county’s annual grant to the Maui Visitors Bureau for fiscal year 2018; it was in fall of that fiscal year that the panel decided to look into the organization’s spending.

The commission is tasked with promoting economy, efficiency and improved public service by reviewing existing county operations and policies. MVB is an island chapter of the Hawaii Visitors and Convention Bureau and Hawaii Tourism Authority, the lead state agency for tourism.

In 2018, the county grant was $4 million, the highest amount given to county visitors bureaus. That total was pared to $3 million for the current fiscal year — which is still the most money allotted a visitors bureau — according to a Maui News review of other counties. The Maui County Council was concerned about over-tourism and was seeking a change of philosophy to tourism management.

Hawaii County provided its visitor bureau $325,000 for promotions and marketing, and Kauai County allotted $215,000 to its visitors bureau with an additional $20,000 for the Kauai Tourism Strategic Plan, a project looking at refocusing tourism. 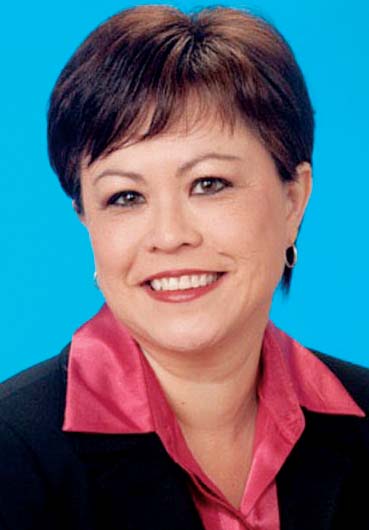 Honolulu City and County does not have any line item grants to the Oahu Visitors Bureau. The county Office of Economic Development administers Hawaii Tourism Authority grants to organizations to put on festivals and celebrations, according to city officials and documents.

The commission’s draft report was discussed at a meeting Feb. 20. MVB will make a presentation at the commission’s next meeting on March 12, said Commission Chairman Michael Williams in an email this week.

He said that the report and documents have not been endorsed by the whole commission, but are the work of two commissioners involved in reviewing the county grant to MVB.

Williams said the commission plans to discuss the draft report at the March 12 meeting and to finalize the report for a vote on April 9. He said the commission’s time line calls for the ratification of the report before the County Council Economic Development Committee makes a recommendation on the fiscal 2021 budget, which runs from July 1 to June 30, 2021.

MVB Executive Director Sherry Duong, who has been off-island for work, said in an email Friday that she has not been able to review the report and cannot respond to specific questions. But she said that MVB is aware that “there is a desire to reduce county funding to MVB” and that the organization is working to schedule a meeting with the commission to understand its position.

“Ensuring a productive, responsible and sustainable tourism industry for Maui is our top priority, especially for the thousands of residents whose jobs are directly and indirectly impacted by this part of the economy,” said Duong. “An estimated 75 percent of the overall Maui population is directly or indirectly dependent on the tourism industry.”

Maui County Office of Economic Development Director Kay Fukumoto said Friday that the MVB grant is a “small percentage” of the $39.3 million in grants awarded by the county annually and of the county budget, which was $823.5 million for the current fiscal year.

Fukumoto also pointed out that the comparisons being made may not be apples to apples, that each county may have different policies for grants to their visitors bureaus.

“Some grant awards may be smaller across the board than the County of Maui. It is worth noting context when making comparisons in grant awards statewide,” she added.

In gathering line-item totals for its visitor’s bureau on Hawaii island, Hawaii County’s Department of Research and Development told The Maui News that the $325,000 county appropriation went straight to the bureau for promotion and marketing, but other funds were allocated separately to other contractors for programs, such as the greeting of visitors to the island.

Fukumoto said that administering grants effectively is a “key focus” for her office and supports “due diligence in reviewing all grantee performance.”

“It is my hope the commission can also identify other more far-reaching, cost-impactful operations to streamline, so that we may operate our county departments most efficiently, rather than only focusing on the outside operations of grantees,” Fukumoto said.

MVB’s grant awards have assisted in the educating visitors and promoting the protection of natural environment and cultural resources. “The shift in thinking is vital to managing tourism and balancing visitor impacts with economic benefits,” Fukumoto said.

“I understand the major role tourism plays in our community, providing jobs, supporting local businesses and generating billions of dollars for our economy,” he said. “We must recognize how susceptible our visitor industry is to natural disasters, economic downturns and health crises, such as the coronavirus that is affecting our nation, as we speak.

“Promotion through partners such as Maui Visitors and Convention Bureau acts as a safety net for our largest economic engine and helps protect the jobs and livelihood of many of our residents.”

* Melissa Tanji can be reached at [email protected]­

Market Research – The Ethics of Marketing Research: Can I? Should I? Would I? : MarketingProfs Article