BERLIN TOWNSHIP — Since taking office a year ago, Gov. Gretchen Whitmer has made it no secret that she desires to improve Michigan’s roads. 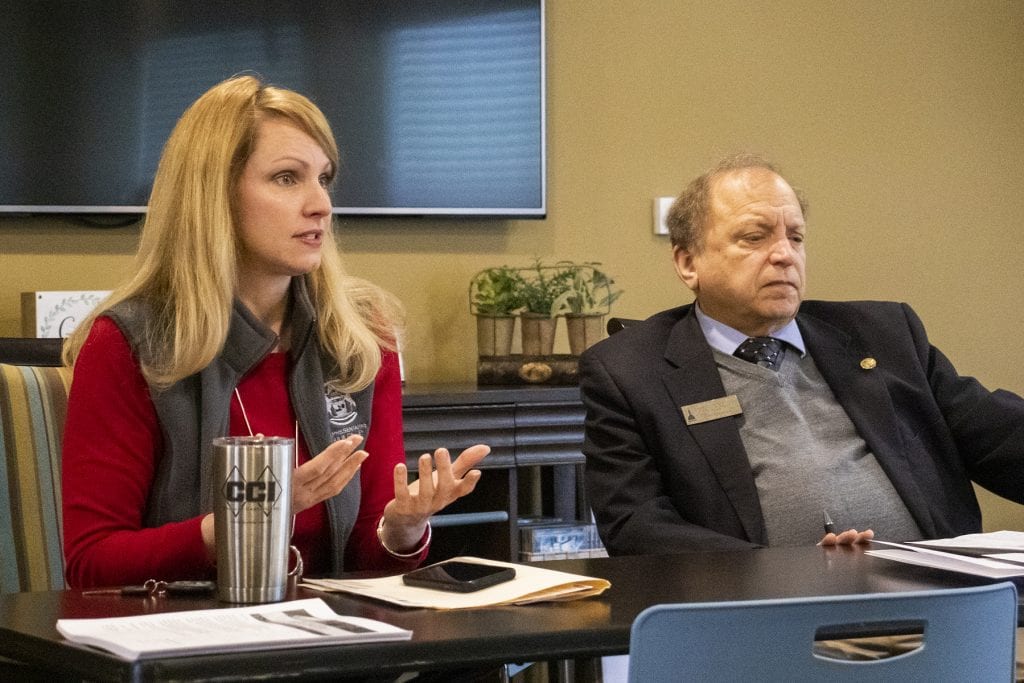 After an attempt to implement a 45-cent gas tax increase within the state budget last year failed as the Democratic governor butted heads with the Republican-controlled House and Senate, she came forward last month with a new initiative she hopes will get the job done.

During her State of the State address on Jan. 29, Whitmer announced she is seeking $3.5 billion in new bonds to fix roads and bridges over the next four years, describing it as a “Plan B” after the failure of her budget proposal. The new plan can be accomplished without the requirement of approval of the Legislature, with the decision being in the hands of the State Transportation Commission.

“I don’t oppose bonding as an instrument, but it’s the length with which we take out bonds that I have an issue with,” Calley said. “Historically, we saw this happen with the Engler and Granholm administrations, and it looks like we’re going to see it here with the Whitmer administration.”

Calley said her office has been informed that it should prepare for a bond that will take 25 years to pay off.

“That is the unfortunate part because we don’t build roads to last 25 years,” she said. “If we could take out a bond and pay it off by the time the life of the asset had expired, I think that would be preferable.”

Bizon also took issue with the concept of bonding to pay for road improvements. 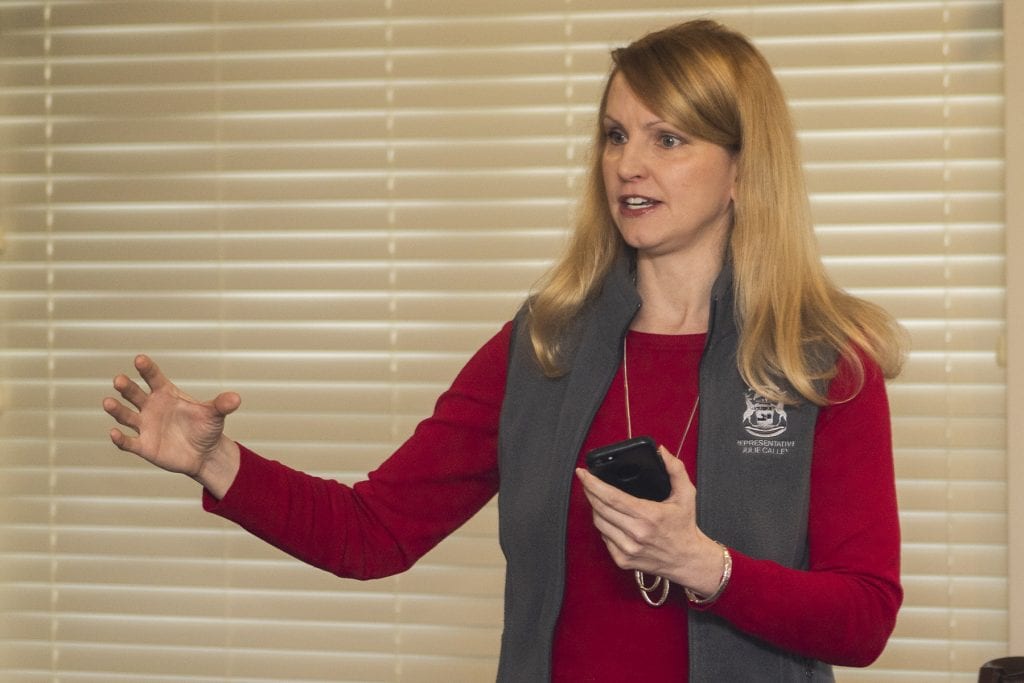 “When you bond for roads, that money comes out of the very top of the formula, so for the next 25 years we will be paying for roads off of the top of the formula and there will be less money in the budget at that point in time to distribute elsewhere throughout the budget,” Bizon said. “The roads to be fixed with funds from this bond, they get fixed, and then they are a mess again. I would rather invest in how to make the roads better, as opposed to using current techniques.”

“When MDOT came before the House Transportation Committee, they confirmed that it was their intention to pay the new bond debt straight out of the state’s portion of the transportation budget,” Calley added. “They did not intend to remove it from the top, which would then reduce local funding. Since this is a matter of appropriation, it could change year-by-year.”

Both Calley and Bizon have announced bills to review the situation.

Calley’s bill, House Bill 5473, looks to amend 1951 PA 51 — the State Trunk Line Highway System — to reduce the amount that the State Transportation Commission can bond for.

“They have the ability to obligate up to 50% of our Michigan Transportation Fund to debt, and that seems like a very high, concerning number to me. So I proposed a bill that would limit that to 10%” she said. “This commission was created in the 1950s when we were putting the interstate through, and it was absolutely necessary at that time. But we need to take another look at this. Anytime you introduce a bill that limits the Executive’s power, you know you have an uphill battle, regardless of which party is in office, but I thought this would be a good starting point for the conversation.”

Calley’s bill is currently in the state of discussion within the House Committee on Transportation.

Bizon has introduced Senate Bill 517, which has been passed by the Senate and awaits a decision in the House. His bill is aimed at exploring the feasibility of toll roads in Michigan as a source of revenue for the state’s infrastructure.

“It would, in my mind, encourage people who use the roads from out of state to contribute,” he said. “We could have breaks for Michigan citizens. When I go to Chicago and I don’t have one of those passes, I spend twice as much at the tolls.”

The study allowed by the legislation would analyze how much money tolls could bring in on major roadways, incorporating factors like possible traffic diversions, how many people are using the roads and who’s using them the most.

There are currently 34 states that implement toll roads, but many factors have prevented Michigan from exploring toll roads in the past.

One is that Michigan isn’t considered a “pass-through” state for commercial traffic. Another is because Michigan’s highways were constructed and continue to be supported by federal aid dollars, they are not eligible for tolls.

However, Bizon thinks the topic is still worth exploring.

“They say we aren’t really a pass-through state, but by the same token, we know that 80% of the total commerce between the U.S. and Canada comes through Michigan,” he said. “I think that what my bill does is simply ask for a study for more information. One of my concerns is, I would love to see us be able to build roads at a price we could afford, hence the innovation.”

Bizon said potential options to have tolls on some roads in the state include seeking federal approval to add new lanes on existing roads funded by tolls or participating in a federal tolling pilot program.

He added that if it came to fruition, he would like to see other areas of costs — such as registration fees and gas taxes — come down.

Beroe SZ vs Locomotiv Plovdiv: live streaming free for the championship of Bulgaria