Why your next phone may be a flip phone 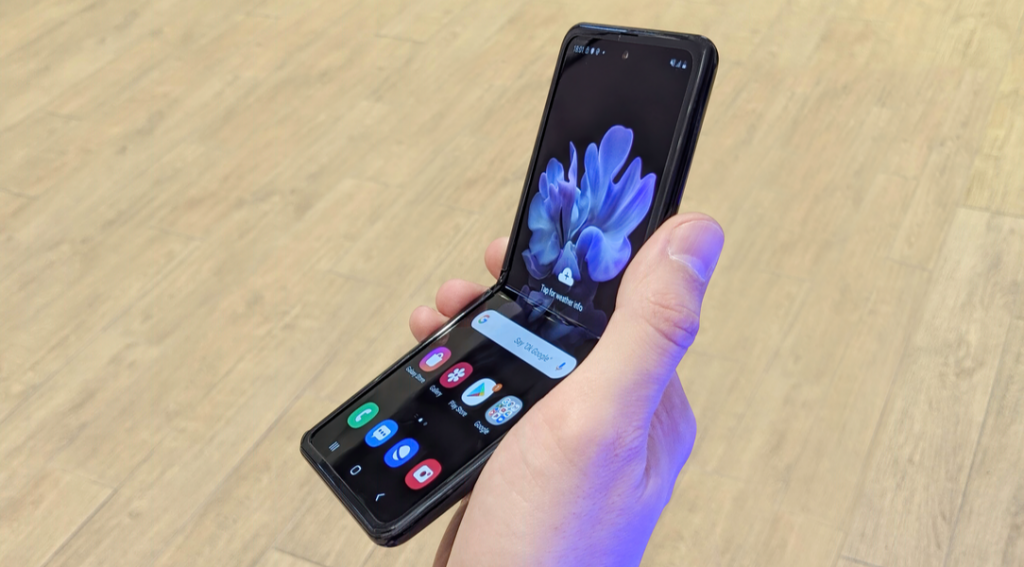 Gary Gray, City of Fort Lauderdale telecom systems manager, received a call during the Connected Real Estate Summit’s public safety panel at the ITEXPO last week—on a flip phone. The audience marveled at the fact that he had what’s often deemed an antiquated device.

The fact is however, Gray’s flip phone, he has two of them actually, might not be as much of an anomaly in the future. The Wall Street Journal’s Joanna Stern recently compared the flip phones Motorola Razr and the Samsung Galaxy Z Flip. Given the products’ price tags—$1,500 and $1,380 for the Razr and Galaxy Z Flip, respectively—it’s apparent the manufacturers are confident that flip phones are making a comeback.

Why flip phones could come back

Part of the appeal of smart phones over flip phones is the modern technology. However, smart phone screens are continuing to expand and customers are not upgrading their devices as quickly as they used to, slowing sales. Meanwhile, flip phones like the Razr and Galaxy Z look outdated from the outside, but once opened have the large Android touch screens we’re used to. The flexible, foldable screens are evolving and quickly becoming less expensive.

Stern made a case for flip phones with what she called the “three C’s”—Compact, Closure and Calling. The “compact” benefit comes from the fact that the Galaxy Z and Razr open vertically and when folded are approximately, “the size of a classic Post-it Note pad.”

Meanwhile, the ability to close the flip phone creates a barrier between the user and their screen, decreasing the temptation to go on distracting social media sites. The Razr tops the Galaxy Z when the devices are closed, according to The Wall Street Journal. The Razr’s outside features a 2.7-inch screen that displays the time, date, weather and notifications. The Galaxy Z on the other hand has a minimal outside display, forcing the user to open their phone more often.

People don’t typically use their cell phones to have conventional conversations as much they used to, but the flip phone might change that. Stern noted the flip phones’ taller screens cradled her face better than her smartphone and the device’s microphone was closer to her mouth. She also found the call quality to be good.

The numbers behind a potential flip phone renaissance

Consumer research firm Piplsay recently surveyed 41,523 Americans about Samsung’s release of its latest phones—the aforementioned Flip and the Galaxy S20. Forty-two percent of the survey respondents said they would be interested in buying one of Samsung’s latest smartphones. Of those who were interested, 34 percent of them said they’d opt for the Z Flip.

The case against the flip phone

Device manufacturers are obviously confident there’s a market for flip phones, but that does not mean these blasts from the past are immune to scrutiny.

“Should you buy one of these right now? Oh gosh no,” Stern wrote.

Flip phones’ folding screen and hinge durability are causes for concern. Stern noted that the Razr’s hinge creaked and the screen crinkled.

“(The creaking is) intrinsic to the mechanical movement of the phone,” a Motorola spokeswoman said. “Razr has undergone rigorous durability testing, and the reported sounds in no way affect the quality of the product.”

The Razr screen’s make up raised caused for concern, too. Smartphone screens are covered in thick glass, but the Razr screen is made of a plastic material. While it won’t shatter like glass, it’s more susceptible to dents and scratches. Motorola Product General Manager said the Razr, “could withstand everyday use” in a statement however.

Meanwhile, Samsung has learned from its Galaxy Fold rollout, according to Tech Crunch’s Brian Heater. The Galaxy Flip Z has a glass covering and an advanced folding mechanism that’s designed to keep dust and debris out of it. Samsung touted the device’s folding mechanism as a key feature.

“Inspired by a lotus blossom, the Hideaway Hinge is precisely articulated for a satisfying folding motion — even allowing you to adjust the folding angle,” Samsung said in a statement. “Sweeper technology helps repel dirt and dust to keep your folds as smooth as your style.”

The downside to the improved mechanism is the phone is harder to open with one hand, but on the plus side, the Z Flip does not make any creaking noises and it’s opened and closed. Additionally, 42 percent of Piplsay’s survey respondents said they believe the Z Flip will perform flawlessly, unlike its predecessor, the Fold.

Will these phones become more popular?

The Samsung Galaxy Z Flip and the Motorola Razr show great promise, but there’s likely some work to be done before a majority of smart phone users revert back to a flip phone. However, if manufacturers continue to take the tech that made smart phones mainstream in the first place and put it into devices as compact as flip phones, we could see more people make their next phone a flip phone.

“If folding phone makers can figure out how to not compromise on the best of the smartphone currently peeking out of my pocket—I’ll flip for real,” Stern wrote. “Long live the flip phone.”