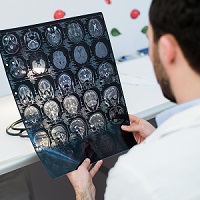 Traumatic brain injury studies involving veterans may be skewed due to a lack of data specifically focusing on sex differences.

Currently, the overwhelming majority of studies focusing on mild traumatic brain injuries in active military and veteran populations detail the psychological, neurological, and functional outcomes of males. Approximately 95% of these cohort studies focus on males, suggesting that current research could misrepresent female symptoms and outcomes.

The investigators matched 49 male and female pairs based on the mechanism of their injury, time from injury to assessment, and the patient’s age at assessment.

Several different statistical measures were used in the study to assess the data, including t-tests, chi-square, correlations, and post hoc linear regression.

“We conclude that sex has a moderate effect on mTBI post-concussive symptom presentation,” the authors wrote. “The significant sex difference in the NSI cognitive domain characterizes sex-related symptomology profiles providers can focus on for better rehabilitation management.”

The investigators suggest replicating the study in a larger cohort would improve generalizability.

Neuroscientists from Northwell Health’s Institute for Neurology and Neurosurgery and the Feinstein Institutes for Medical Research plan on exploring a pair of strategies for monitoring and treating patients with severe traumatic brain injuries in a phase III trial at the North Shore University Hospital (NSUH), a level I trauma center.

There are currently very few pharmacological options for patients suffering from TBI. However, a recent study shows that exercise could be a beneficial option to reduce symptoms and decrease recovery time.

A team, led by Bhanu Sharma, Department of Pediatrics at McMaster University, performed a systematic review to consolidate evidence from randomized and controlled clinical trials on the impact of exercise on cognitive and neuroimaging outcomes following traumatic brain injuries in humans.

Aerobic exercise interventions, which are defined as those which tax the cardiovascular and pulmonary systems to meet temporarily elevated oxygen demands have rehabilitative potential that can alleviate brain injury-related symptom burden, especially for concussions.

One of the challenges is that traumatic brain injuries tend to be diverse, with even milder brain injuries such as concussions are associated with a broad symptom set that includes cognitive impairment that may persist for more than 3 months in nearly half the patients.

In the more severe brain injuries, atrophy and neural tissue impairment, structures, and networks are observed, while neurodegeneration may be observed after repeated concussive and sub-concussive impacts.

The targets of traumatic brain injury should be the symptoms linked to brain injuries, as well as the potentially chronic neuropathology underlying the impairments.

The study, “Sex differences in symptom presentation and functional outcomes: a pilot study in a matched sample of veterans with mild TBI,” was published online in Brain Injury.