The (traditionally defined) market research community enjoyed another year of growth in net (2.2 per cent) and absolute (3.5 per cent) terms, in 2015 according to the Global Market Research report (ESOMAR, 2016). This year’s report takes into account revenues generated by the data analytics sector, adding an estimated US$ 4.6 bn to the global turnover, bringing it to a total of US$ 44.3 bn in 2015.

Having said this, due to the renewed strength of the US dollar in 2015, exchanging numerous markets’ turnovers into the dollar at first glance appears to contradict much of the reported growth rates around the globe. For instance, the reported 2014 global turnover sits at US$ 46.2 bn and yet when examining the 2015 turnovers in their local currencies, the reported growth of 3.5 per cent becomes all the more apparent due to fluctuating exchange rates.

Additionally, data from ESOMAR collaboration with Outsell Inc. illustrates that the insights industry as a whole, could be considered to be a large as almost US$68 bn, if expanded to include emerging sectors. 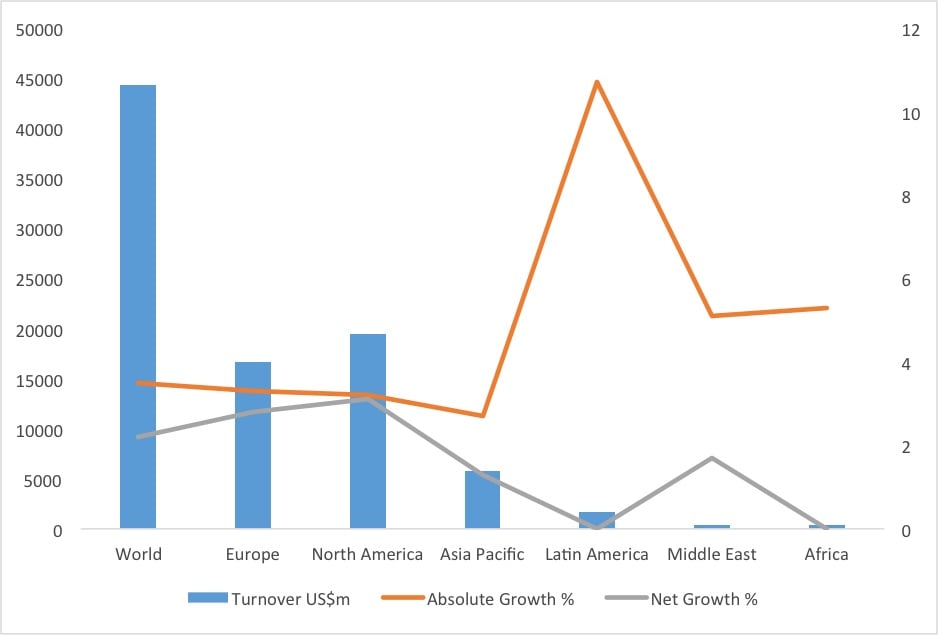 You can purchase the report here.

Exploring the latest consumer and innovation trends, and future opportunities