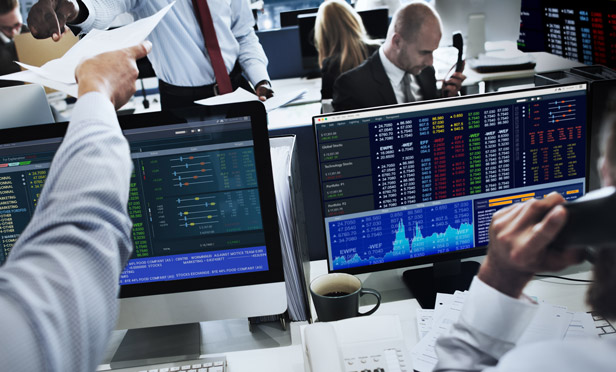 January was a cruel month for active equity mutual funds. Despite a mostly strong month following a boffo 2019, they suffered their worst monthly outflows since the financial crisis and their biggest January outflows ever, according to Investment Company Institute data.

“The outflows are credit negative” for active asset managers because they lower the assets under management (AUM) base on which the firms generate revenues and indicate a lack of client demand and loss of relevance with clients,” said Stephen Tu, a Moody’s vice president, in a statement. 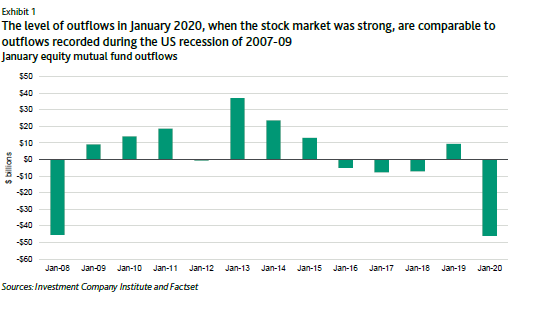 The January outflows were especially surprising because investors are usually willing to overlook the higher relative fees of actively managed funds when markets are strong, according to Moody’s.

“We interpret the flows into both passive equity and passive bond funds as a clear market signal that consumers are continuing to show their preference for low-cost, passive beta products, regardless of changing market environments,” said Tu. “The underlying driver of inflows into low-fee passive funds over higher-fee active funds is changing consumer preferences rather than asset market trends, volatility regimes or macro factors such as quantitative easing or tightenings.”

He expects the credit impact for asset managers of active equity funds will be long lasting because those will continue to be the category with the highest fees. Last March, Moody’s reported that passive U.S. mutual funds and ETFs were poised to surpass their active counterparts in assets by 2021.

Breaking down the electric truck battle

Breaking down the electric truck battle