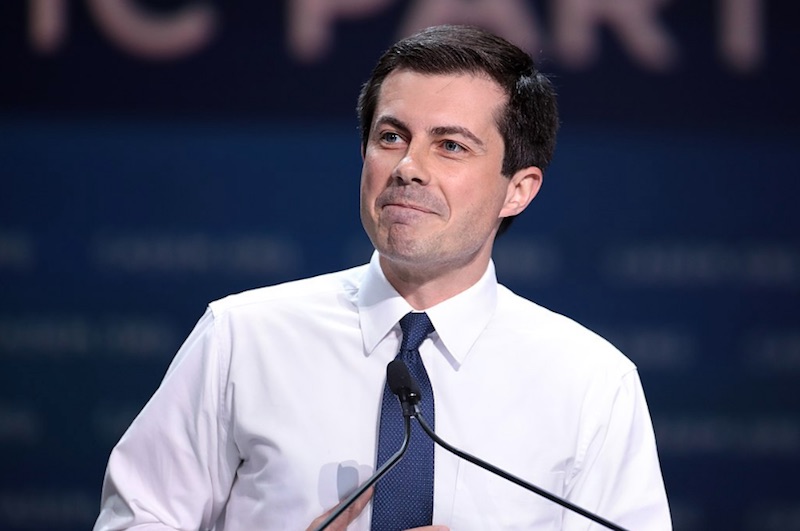 Internal focus groups conducted over the summer by Pete Buttigieg’s presidential campaign reveal that the South Bend, Ind., mayor may struggle with African-American voters in South Carolina because of his sexual orientation.

In a 21-page report, the Benenson Strategy Group, which conducted the focus groups with black self-identified Democratic voters in South Carolina, noted that “being gay was a barrier for these voters, particularly for the men who seemed deeply uncomfortable even discussing it…. [T]heir preference is for his sexuality to not be front and center.”

While the report finds that Buttigieg’s sexual orientation is not a “disqualifier” for those voters, some participants questioned why Buttigieg has bothered to bring up or acknowledge his sexuality or his marriage to his husband, Chasten.

“That’s not my thing but I wouldn’t want to know that as a candidate,” one female participant under 40 said. “Too much information.”

“I’ll go ahead and say it,” said a male participant. “I don’t like the fact that he threw out there that he lives with his husband.”

After three 90-minute sessions with 24 uncommitted Democratic black voters aged 25 to 65, just one, a woman over 40, said she was considering voting for Buttigieg.

By comparison, all but one said they were considering voting for Joe Biden — something the report attributes to Biden’s eight years as vice president under former President Barack Obama, according to McClatchy.

The focus groups reveal a potential stumbling block for Buttigieg, who will have to attract a higher percentage of African-American voters — especially in Southern states, where they comprise a majority of registered Democrats — in order to win the Democratic presidential nomination.

It also reveals some other reservations held by Democratic voters, namely, his relative youth, political inexperience and low name recognition compared to others seeking to be the party’s standard-bearer.

“[African-American voters] find it hard to believe that if Barack Obama struggled with Congress, that a young, new face would be able to make progress, especially on issues as tough as racism and inequality,” the Benenson Strategy Group report reads.

Other voters are concerned whether Buttigieg’s sexuality could be a detriment when dealing with foreign leaders who represent countries where homosexuality is illegal or frowned upon.

Of all members of the focus group, older women (those ages 40 to 65) were the most capable of moving past Buttigieg’s sexual orientation, but even they preferred that he not emphasize it as much.

The focus groups found that most voters in all subgroups were able to get past Buttigieg’s sexual orientation, due in part to his demeanor and speaking style, which some compared favorably to Obama. But they expressed the need to see significant endorsements from prominent African-Americans, which would be more helpful in convincing them that “other” people won’t have a problem with Buttigieg’s sexual orientation and that it wouldn’t become an issue in the general election.

Others felt Buttigieg lacked “passion, anger, and ‘pizzaz’” and needed to show more “force and fire” when discussing difficult topics, according to the report.

Former DNC Chair Donna Brazile said she believes black voters have been shown to be more tolerant and accepting than most Americans once they get to know the person.

“The mayor must convince these voters of what they share in common versus our vast differences of background, personality or sexual orientation,” she said. “The best place to start is by reminding these voters that he is a person of faith.”

That aligns with another finding of the report, which showed that black voters — particularly older  women — found Buttigieg’s references to his faith appealing. The report notes that some men expressed skepticism that talking about his faith was disingenuous, given the belief that many Christians find Buttigieg’s sexuality objectionable.

Additionally, some younger women thought he might have been pandering to gain African-American votes and wanted to see him make similar appeals to faith among white voters before putting their trust in him. But Buttigieg’s criticism of GOP politicians for their “corruption of Christian values” was key to gaining support among older African-American women.

“[Older African-American women] understood immediately that he was slapping down Republicans for false beliefs and loved that he was taking the fight to them and seizing religion back for our side,” the report notes. “Other groups didn’t recognize the reference to supposedly Christian Republicans as readily, and talk of his faith was less appealing. They also did not recognize the passages from Scripture as readily as older women, who embraced it and saw it as a rebuke of ‘Two Corinthians’ Trump.”

Buttigieg campaign officials argue that the mayor has made inroads with some voters, and expressed optimism that once black voters became more familiar with him, they would be more supportive.

“It’s a thing of, ‘We don’t know who he is,’” said Brandon Neal, who is leading Buttigieg’s African-American outreach. “Once people meet him, they like him.”