A collation of recent insights on markets and economies taken from the comments made by chairmen and investment managers of investment companies – have a read and make your own minds up. Please remember that nothing in this note is designed to encourage you to buy or sell any of the companies mentioned.

Global stocks began the year positively, carrying over momentum from the end of 2019, before waning following the coronavirus outbreak. The scale and impact of the virus remains unclear at this time and we note that most of the commentary from the chairs and managers enclosed was drafted before the outbreak.

Global recession likelihood has been pushed out

Bankers’s manager, Alex Crooke, says that while the outlook for the year ahead has improved in recent months much of this is priced into shares. He goes on to say that the supply of new equity remains low by historical standards and the wall of money that is committed by private equity investors must surely start to be deployed taking listed companies private. Elsewhere, Colin S McGill, chairman of BMO Managed Portfolio Growth/Income, says that action taken by central banks globally have had the desired effect and as a result, prospects for growth in 2020 have modestly improved such that the economic cycle appears likely to be extended and the chances of a recession pushed out until 2021 at the earliest.

The managers of Aberforth Smaller Companies and Aberforth Split Level Income say that expectations that the general election outcome would provide Boris Johnson with the parliamentary backing to cultivate a softer form of Brexit were thwarted after the government sought to make it legally impossible to prolong the transition period beyond December 2020. This has left a ‘hard Brexit’ on the table, giving sterling and UK equities pause for thought.

Elsewhere, Neil Hermon, manager of Henderson Smaller Companies, says the UK economy has been flirting with recession. The political and Brexit uncertainty has weighed on consumer and business confidence, delaying and postponing investment and purchasing decisions, and dampening economic growth. While the exact nature of the future trading relationship with Europe is yet to be determined, Neil says it is hoped that now some of the uncertainty has cleared, the UK economy will strengthen, helped also by potential tax cuts and boosts to public spending.

Douglas McDougall, chairman of Independent, says that while there are plenty of other things to worry about, principally the terms of the UK’s withdrawal, the non-election of Corbyn and a clear Conservative victory justifies a less cautious stance.

River and Mercantile UK Micro Cap’s manager, George Ensor, believes that UK micro caps remain a fantastic opportunity and that the election outcome should provide encouragement for global investors to return to the market following a prolonged period of underperformance.

Over the next decade, technology will become ubiquitous and extend into all parts of society

The manager of Baillie Gifford US Growth looks forward to the next decade, focusing on technology, where innovation is the new normal. We are moving from the exploration age into the deployment age where new markets and business models that were created in the past decade will grow and become the new normal. Technology will become ubiquitous and extend into all parts of society. The manager says we will no longer talk about “internet-enabled” businesses, no more than we talk about “electricity-enabled” businesses.

Many Chinese internet companies have been expanding into non-core areas, creating uncertainty over future returns

Commentary by Invesco Asia’s manager, Ian Hargreaves, was released before the coronavirus outbreak. He notes that global growth has decelerated over the past eighteen months, with particular weakness in the manufacturing sector. There are several reasons for this: the lagged effect of China’s earlier policy tightening; a weak auto cycle in many countries; and an inventory correction associated with the trade war. Ian says that the opportunity set increased in India due to the current economic slowdown. India offers one of the best structural growth stories in Asia supported by a government that is bringing about tangible structural change.

Thematically, the manager sees opportunities in companies that have a competitive edge in what they would consider the next technological wave after smartphones, including 5G, Artificial Intelligence, and the Internet of Things. On the subject of China’s tech sector, Ian notes that while internet companies have generally been excellent investments, the past few years has seen management show a propensity for ‘land grabbing’, spending on new initiatives to improve their footprint in non-core areas including ecommerce, social media, gaming and other online services.

Significant progress has been made in the areas of capital efficiency, corporate governance and shareholder returns

Harry Wells, chairman of CC Japan Income & Growth, reflects on Shinzo Abe becoming the longest serving Prime Minister in Japan’s history. Harry says that while the jury will remain out for some time on the ultimate success of Abenomics, policy initiatives to reinvigorate and reform the economy, the significant progress in the areas of capital efficiency, corporate governance and shareholder return should be highlighted.

Significant progress has been made in the areas of capital efficiency, corporate governance and shareholder returns

Ross Teverson and Charles Sunnucks, managers of Jupiter Emerging & Frontier Income, discuss a number of markets, including India and Turkey, where sentiment improved over 2019. In Argentina, where the trust has no direct exposure, international investors retreated when it became apparent that economic reformer, Mauricio Macri, would lose to a more populist and potentially fiscally profligate Alberto Fernandez. The managers continue to believe that emerging and frontier market equities have some of the most compelling bottom-up opportunities of any asset class.

Russia was one of the best performing markets in 2019. Oleg I. Biryulyov and Habib Saikaly, managers of JPMorgan Russian Securities, say that although the thorny topic of Russian sanctions did not disappear and remains fluid, optimism increased that the worst of this particular storm may have been weathered: there were no fresh sanctions from the United States this year so the spotlight of attention shifted to the Chinese-US wrangles, allowing Russian investment markets to progress relatively unhindered. The Russian economy still grew – albeit at a more moderate rate than last year, with negative sanctions noise and concerns over corporate governance both still casting a shadow.

Rising dividend payments from several of Russia’s largest companies, as part of a broader transformation of distribution policy, have been significant drivers and dividend yields in aggregate are significantly higher than for other emerging markets.
The managers note that with local Russian investors becoming bigger participants in the equity market, they expect the hunt for income sourced from dividends to become more prevalent.

The manager’s report for Standard Life Private Equity goes over the industry’s landscape, noting that the private equity asset class’s AUM has grown to a record high of around $3.4trn globally. The strong fundraising environment has led to record levels of ‘dry powder’. The US buyout market currently has around $410bn of uninvested capital committed, or over double the amount when compared to Europe.

The report goes on to say that asset-price inflation is a significant factor when considering new investments in today’s market. Capital is continuing to flow mainly to managers focused at the large and mega-cap end of the market, pushing up valuations and therefore making it harder to generate outsized returns. By comparison, the European mid-market segment has not been accumulating dry powder at the same rate.

The manager’s report for Merian Chrysalis notes that in private markets, while they saw some anecdotal signs of risk contagion from public markets – such as pre-emptive capital raises – late last year, this receded quickly in 2019. We continue to see significant levels of activity in private markets and engagement with the company’s investment proposition.

A theme discussed is the apparent disparity between the public and private fundraising environments. The manager believes secular trends are currently driving diminishing numbers of IPOs, as companies stay private for longer, but these appear to have been exacerbated by turbulent public market conditions. The difference in listing activity pre and post-2008 is stark, but in the year to 30 September 2019, the number of UK IPOs was nearly half that of the preceding eight years. When compared to public markets, this means the ratio of private money raised to public has climbed to another high. 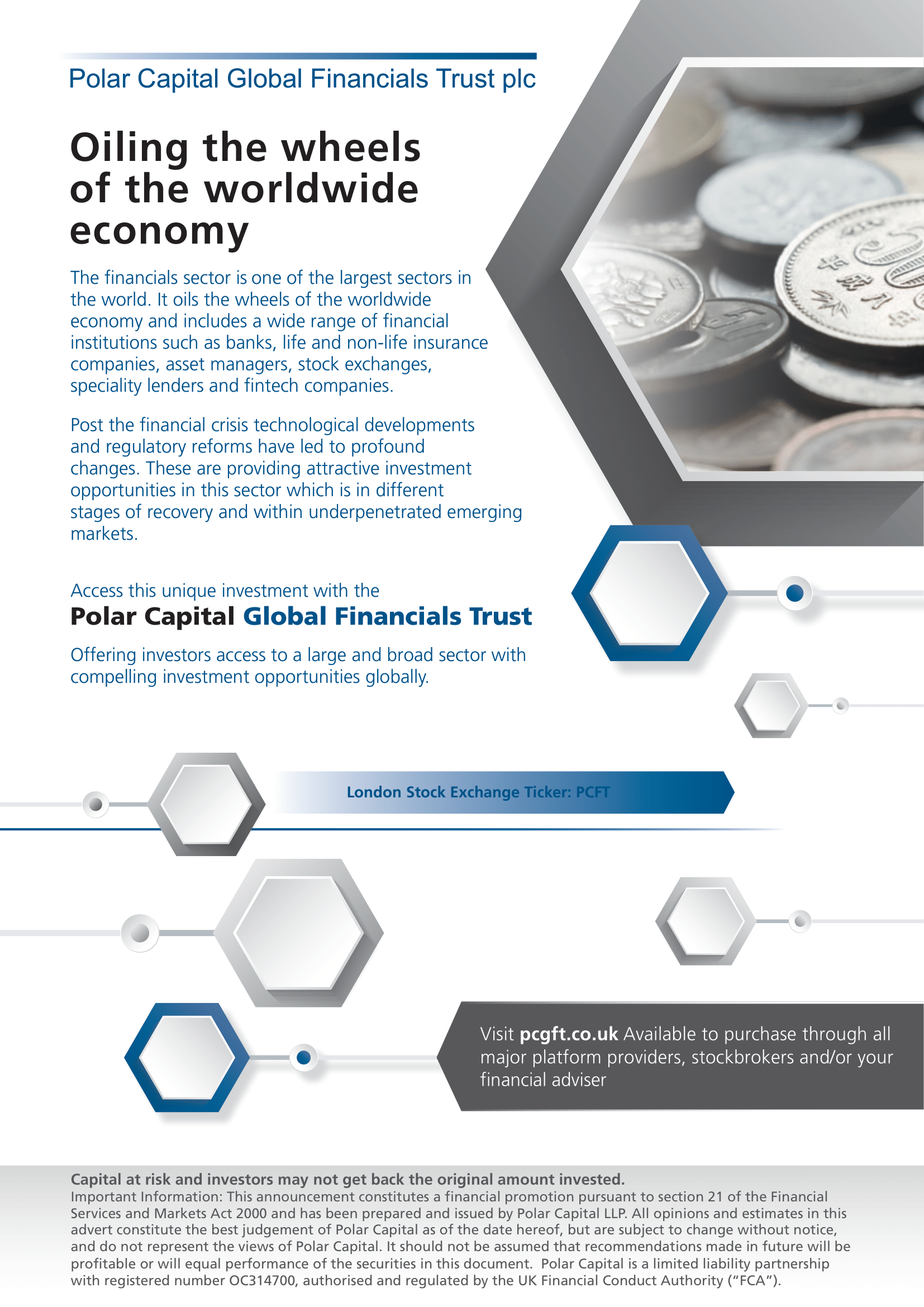 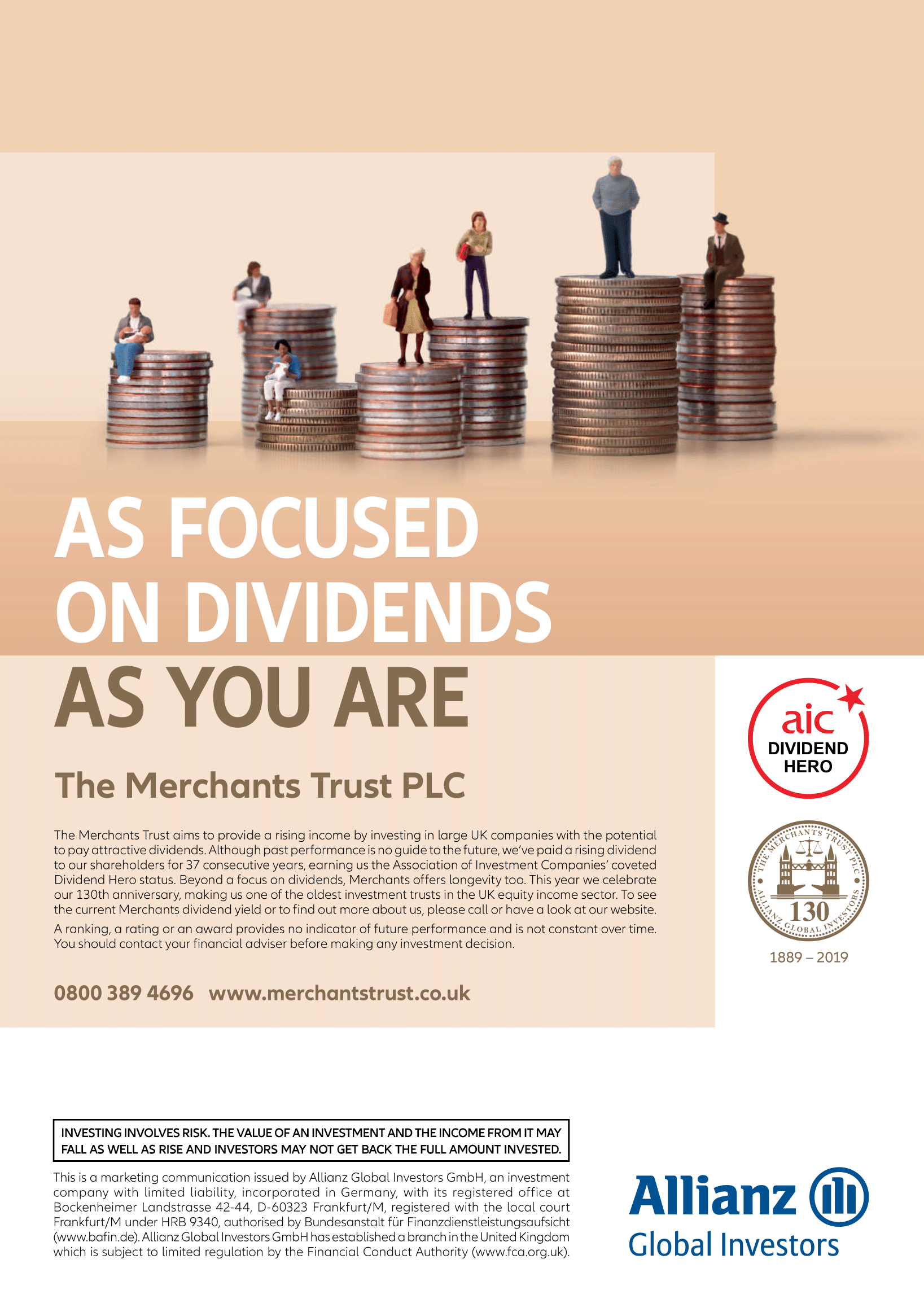 This note was prepared by Marten & Co (which is authorised and regulated by the Financial Conduct Authority).

This note is for information purposes only and is not intended to encourage the reader to deal in the security or securities mentioned within it.

Marten & Co is not authorised to give advice to retail clients. The note does not have regard to the specific investment objectives, financial situation and needs of any specific person who may receive it.

This note has been compiled from publicly available information. This note is not directed at any person in any jurisdiction where (by reason of that person’s nationality, residence or otherwise) the publication or availability of this note is prohibited.

No Advice: Nothing contained in this note constitutes or should be construed to constitute investment, legal, tax or other advice.

No Representation or Warranty: No representation, warranty or guarantee of any kind, express or implied is given by Marten & Co in respect of any information contained on this note.

Exclusion of Liability: To the fullest extent allowed by law, Marten & Co shall not be liable for any direct or indirect losses, damages, costs or expenses incurred or suffered by you arising out or in connection with the access to, use of or reliance on any information contained on this note. In no circumstance shall Marten & Co and its employees have any liability for consequential or special damages.

Governing Law and Jurisdiction: These terms and conditions and all matters connected with them, are governed by the laws of England and Wales and shall be subject to the exclusive jurisdiction of the English courts. If you access this note from outside the UK, you are responsible for ensuring compliance with any local laws relating to access.

No information contained in this note shall form the basis of, or be relied upon in connection with, any offer or commitment whatsoever in any jurisdiction.

Investment Performance Information: Please remember that past performance is not necessarily a guide to the future and that the value of shares and the income from them can go down as well as up. Exchange rates may also cause the value of underlying overseas investments to go down as well as up. Marten & Co may write on companies that use gearing in a number of forms that can increase volatility and, in some cases, to a complete loss of an investment.