FHFA redefining itself ahead of GSE overhaul

WASHINGTON — For much of the past 12 years, the focus of the Federal Housing Finance Agency has been to manage the fallout from the collapse of Fannie Mae and Freddie Mac. But the agency is positioning itself for the long term to be more of a supervisor than crisis manager.

The agency recently announced a slew of structural changes and two new hires in an apparent effort to boost its research and supervisory capabilities. The move comes as policymakers push toward ending Fannie and Freddie’s conservatorships, a process that — when it concludes — could result in the FHFA becoming a more traditional regulator of the mortgage sector.

The FHFA established three new units reporting directly to Director Mark Calabria: the Division of Research and Statistics, the Division of Accounting and Financial Standards, and the Office of Equal Opportunity and Fairness. Two current agency officials were promoted to run the research and accounting units. 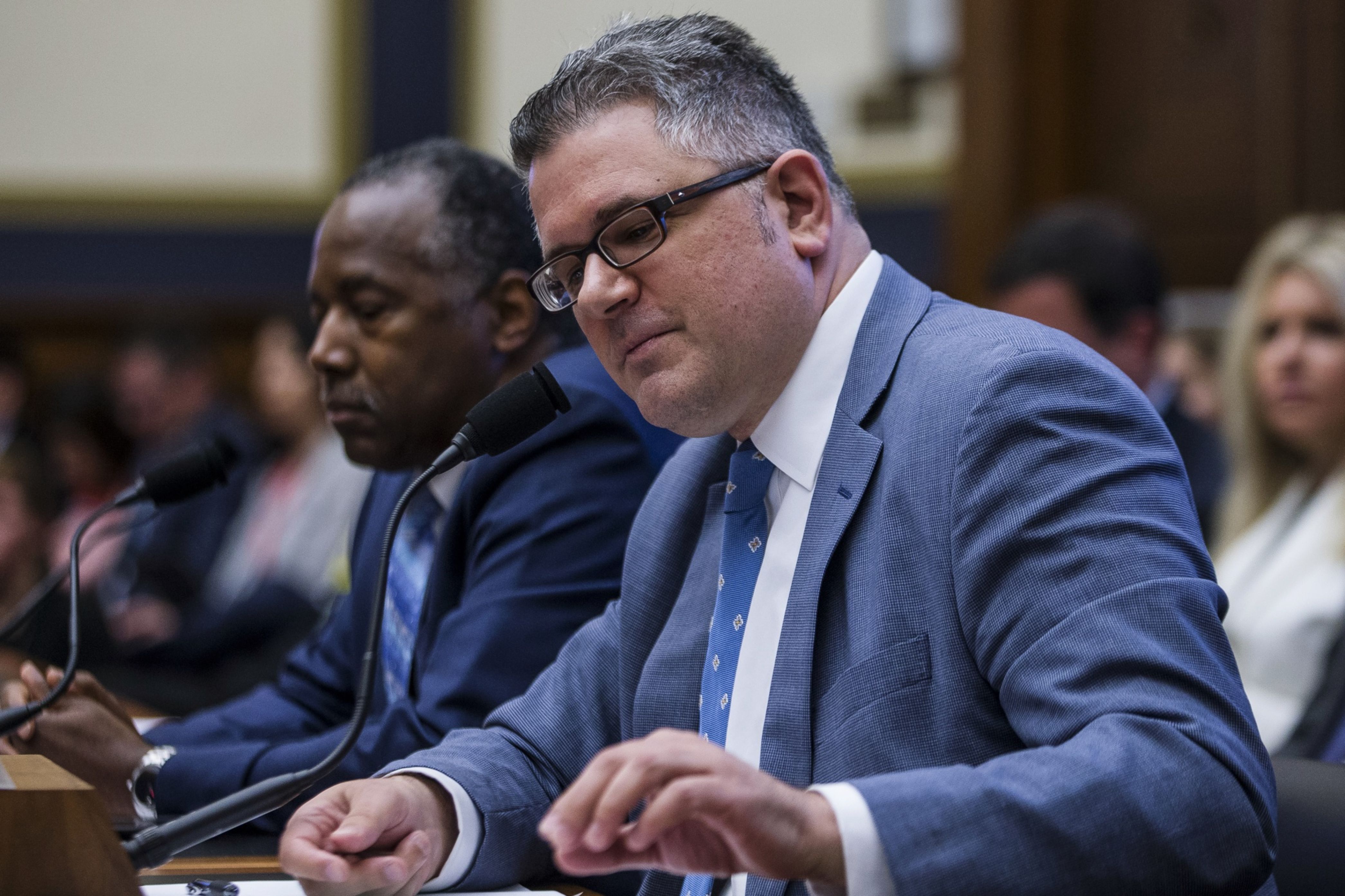 The agency also renamed its Division of Conservatorship — a unit focused on the day-to-day management of Fannie and Freddie — to the Division of Resolutions. Observers said the new name reflects Calabria’s preparation for the day when the two government-sponsored enterprises will no longer be the regulator’s wards.

“From a purely semantic perspective, changing the Department of Conservatorship to the Division of Resolutions is noteworthy as it underscores the director’s belief that conservatorship was not meant to be a permanent state,” said Isaac Boltansky, the director of policy research at Compass Point.

Calabria also announced the hiring of two former research analysts, Paul Miller and Scott Valentin, to posts where they will be directly involved in the supervision of Fannie and Freddie. Miller and Valentin serve, respectively, as the deputy director and the associate director of the Division of Enterprise Regulation.

The agency will also be hiring a director for the Office of Equal Opportunity and Fairness, a senior associate director for data, and a chief operating officer, the FHFA said in the announcement on Thursday.

“The changes we are implementing today will solidify FHFA as a world-class regulator,” said Calabria in a statement. “The revised structure and appointments of highly qualified senior leaders will ensure that FHFA continues to protect taxpayers from future bailouts and deliver on our obligation to create a competitive, liquid, efficient and resilient housing finance market.”

The internal structural adjustments reflect Calabria’s goal of moving the GSEs out of conservatorship and into compliant companies that won’t leave the taxpayer on the hook in the event of an economic downturn, said Karen Shaw Petrou, a managing partner of Federal Financial Analytics.

“If you think about a regulatory agency, it has day-to-day supervisory issues and then it has to ensure that the entities it supervises are fit for purpose in terms of mission performance over the business cycle and over the financial cycle, and the kind of analytical capability proposed and in this new organization is going to be critical to that,” she said.

The agency reorganization comes as Calabria has accelerated efforts to end Fannie and Freddie’s conservatorships. With Congress still stalled over reforming the mortgage giants through legislation, the Trump administration has begun to lay the groundwork on potential administrative steps to release the companies back into the private sector.

The early focus of such an administrative plan is strengthening Fannie and Freddie’s capital position, which is seen as crucial to their emerging from conservatorship.

Days after the agency announced the reorganization, the FHFA on Monday said it had also selected the investment bank and financial services company Houlihan Lokey Capital, Inc. to advise the agency on its oversight of Fannie and Freddie’s capital-building efforts and eventual exit from conservatorship.

Calabria told reporters in October that he planned to work over the next year to enhance the FHFA’s own capability as a regulator and build the agency’s analytic capabilities, which would include launching a macro forecasting unit that would be able to evaluate Fannie and Freddie’s house price forecasts.

Miller and Valentin are thought to share Calabria’s goals of stringent capital standards and robust supervision for the two mortgage companies, and have the economic expertise to see them through, said Ed Mills, a policy analyst at Raymond James.

“As we get through the first year of Calabria’s tenure, this here is him making a mark of bringing on the team that he thinks that is necessary to ensure he’s able to enact his goals as the director,” Mills said.

Miller was managing director and head of financial services and real estate research at FBR Capital Markets, and before that was a bank examiner at the Federal Reserve Bank of Philadelphia. Valentin was a managing director and equity research analyst at Compass Point Research and Trading and was an examiner at the now-defunct Office of Thrift Supervision.

“Both Paul Miller and Scott Valentin are a unique combination of having both regulatory and financial backgrounds and both are veterans of the mortgage market … and I think it’s going to be a major step forward in achieving Calabria’s goal of establishing that world class regulator,” said Mills, who previously worked with Miller for eight years at FBR Capital Markets.

“First, he wants to elevate the economic forecasting function at FHFA, which makes sense given his background and the intellectual horsepower within the building,” Boltansky said. “Second, Director Calabria has repeatedly discussed the need to ensure the FHFA is prepared for a post-conservatorship world and supervision is a key component of that effort.”

Petrou said the name change for the Division of Conservatorship, while on a lesser scale than the other changes, “really speaks to a moving-forward vision that FHFA Director Calabria has been speaking to in public and is now executing in his new organization.”

While the FHFA is a relatively new agency, its predecessor, the Office of Federal Housing Enterprise Oversight, was active from 1992 until 2008. The failure of OFHEO to rein in Fannie and Freddie is still fresh in the minds of many industry observers.

“One of the lessons from the financial crisis from the worldview of Calabria, or potentially a worldview of others, is that Fannie and Freddie did not have a robust enough regulator and Fannie and Freddie did not have enough capital,” said Mills. He added that Miller is someone who would support both stronger regulatory capabilities as well as stricter capital standards.

Petrou agreed that “FHFA has been dramatically different from OFHEO.”

That is “a good thing too, because [OFHEO] was a totally failed and truly captive regulator, and FHFA has been gradually improving,” said Petrou. “FHFA needs to be really good at what it does given the systemic risk it’s charged with preventing.”

Calabria told American Banker in April that he viewed the relationship OFHEO had with Fannie and Freddie as a problem, and that while the relationship has changed, he is still concerned what it might look like in a post-conservatorship world.

“I don’t ever want to go back to the pre-2008 relationship the GSEs had with their regulator, and I think there’s a lot of things that we can do to hardwire that,” he said.

Any other internal adjustments FHFA might need to make to further bolster its regulatory and supervisory capabilities would depend on when and how Fannie and Freddie are released from conservatorship, said Petrou.

A revamped capital rule is expected to be put forward for public comment sometime in the first half of this year.

Supervision is a “key component” of Calabria’s framework for the agency in the future after Fannie and Freddie are released from conservatorship, said Boltansky.

“The FHFA’s powers as conservator are greater than its powers as regulator, which underscores the utility of consent decrees as a tool and the importance of a robust supervisory framework,” he said.

Calabria has said it is possible that Fannie and Freddie could operate under a consent order once they are freed from conservatorship while the GSEs raise additional capital. A consent decree would allow the companies to technically exit government control, while also ensuring regulators have safeguards to ensure the GSEs raise sufficient capital and operate in a sound manner.

The Universal Notebook: USM lives in the shadow of UNE and now Northeastern