House of 1000 Corpses: Inspirations For All Villains

Rob Zombie created the bawdy, lethal Firefly family in his directorial debut film House of 1000 Corpses, and his inspiration for them came from a rather unique source.

Zombie’s movie, which ended up inspiring the director’s “Firefly Family” trilogy, is a beloved cult classic despite only debuting in 2003. Set in the late 70s, the film pays due homage to the director’s aesthetic and love of horror films by embodying many elements of early slasher films and classic horror cinema like The Texas Chainsaw Massacre. Zombie, who is well-educated on film and media, pushed the boundaries of horror in an era where blood, guts, and shock factor reigned supreme alongside films like the first Saw movie, which released in 2004, Eli Roth’s Hostel (2006), and even ended up being inducted into horror’s “splat pack”. Despite being a strong first film, House of 1000 Corpses was plagued with production troubles and ended up with a significant amount of cut footage being lost after the film was reduced from its initial NC-17 rating, but still remains a shining example of the director’s capabilities.

Continue scrolling to keep reading
Click the button below to start this article in quick view.

While someone like Rob Zombie might not seem the type who would find inspiration for a merry band of murderers from a genre like comedy, the Firefly family members were primarily inspired by one singular source.

House Of 1000 Corpses’ Characters Are Inspired By Groucho Marx

The majority of the characters in House of 1000 Corpses are inspired by characters created by Groucho Marx. Marx was a comedian, writer, and film and television star active from 1905-1976. Rob Zombie is a huge fan of Marx, so much so that he was, at one point, chosen to direct a biopic about the star. While this project didn’t come to fruition, the connection between Marx and Zombie is forever immortalized in his work through some of Zombie’s most beloved characters. In an interview with Vice, Zombie said, “I was a big Marx Brothers fan when I was a little kid because their movies were always on TV. A Night at the Opera, in particular, was on a lot. So I discovered the Marx Brothers’ movies around the same time I discovered any movie, really.“

House of 1000 Corpses introduced members of the Firefly family including Captain Spaulding (Sid Haig), Otis B. Driftwood (Bill Moseley), Hugo ‘Grandpa’ Firefly (Dennis Fimple), and Rufus T. Firefly (Robert Allen Mukes). In Marx’s various movies, which were created with his brothers – Chico, Harpo, and Zeppo – these characters were brought to life. All four characters were played by Groucho. Captain Spaulding was featured in Animal Crackers, which was both a Broadway musical and film. Spaulding was an explorer who had just returned from a trek across Africa and was being honored by a high society woman named Mrs. Rittenhouse. Otis B. Driftwood was featured in Night at the Opera as a business manager. Dr. Hugo Z. Hackenbush was featured in A Day at the Races, and was a horse doctor who was hired to run a sanitarium. Rufus T. Firefly was in Duck Soup – the Marx Brothers’ most famous film – and served as the leader of the nation, Freedonia.

While these characters certainly don’t have as much in common, personality-wise, with their House of 1000 Corpses namesakes, it’s a neat bit of trivia that shows the director has quite the sense of humor.

Next: All Of Rob Zombie’s Firefly Family Movies Ranked, Worst To Best 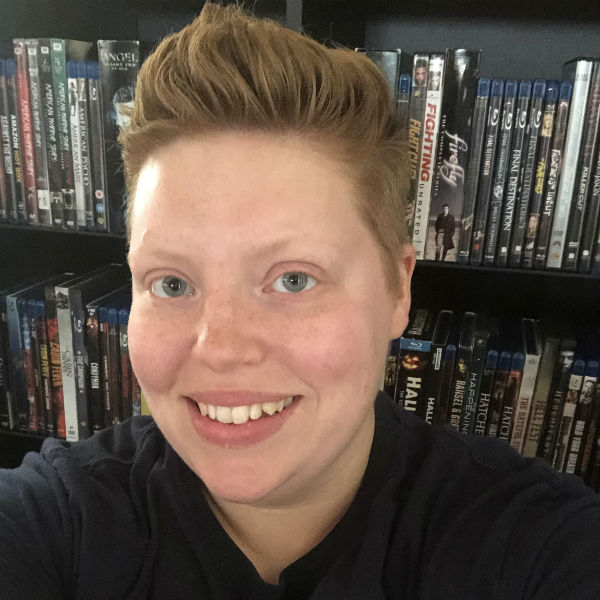 Jack Wilhelmi is the horror features editor at Screen Rant, and has been with the site since 2019. He is a lifelong fan of the horror genre, and loves any excuse to discuss genre-related topics, since none of his friends dare challenge him in horror trivia. He has been published on the independent horror blog Morbidly Beautiful, and has covered major genre film festivals such as Cinepocalypse in Chicago. He has also served as a judge for the Ax Wound Film Festival.
In his free time, he is a devoted dog dad to a high-spirited rescue pup named Peter Quill and enjoys volunteering with various animal rescue organizations. Jack likes to travel and explore dark tourism-related and other various haunted locations. He enjoys studying psychology, the paranormal, and will watch literally any schlocky B-movie on the planet for a laugh. Follow him on Twitter @JackMacabre or his dog on Instagram @quillthethrill.