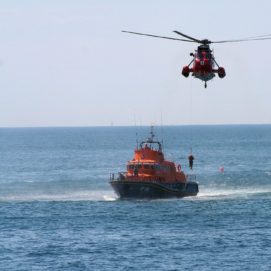 Writing for ExchangeWire, Niklas Bakos (pictured below), CEO and founder of Adverty, discusses how in-app and in-game advertising have changed from recent years, and how these changes are combining with pressures in web advertising to make these channels particularly enticing for brand advertisers.

Advertisers, being advertisers, have tried to work their brands into online games and apps ever since there have been games and apps worth working their way into. But whereas in-game ads were once mostly technological experiments or clever PR, increasingly they answer several pressing needs – which is why all marketers should be looking at them again.

The first of these is that advertising on the web is facing a number of increasingly large obstacles. Ad-blockers, tracking prevention, and accept-cookie buttons, have all damaged the environment for users and advertisers.

Browsing habits have also changed, so that expert online shoppers no longer linger for long enough to see your ad. And young consumers, in particular, no longer just tune out traditional ads – they simply go to places where those ads don’t reach. All smart brands know this, so inevitably they are seeking to go where users’ attention has gone: into mobile apps, where recent research from the US suggests the average smartphone user spends almost three hours a day. 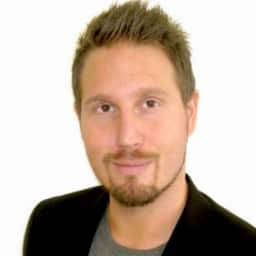 Those apps, too, are queuing up to welcome them. Facebook, Google and Snapchat launched gaming platforms last year, all of them grafting hard for sponsors and advertisers.

Evidence suggests brands are increasingly setting aside their reservations. In Japan, the largest mobile gaming market in the world behind China, in-app spend was last year reckoned to account for an average of 28% of digital ad budgets, with this set to rise in 2020. Elsewhere, the use of free-to-play hyper-casual gaming apps, which rely primarily on in-app advertising for revenue, is growing fast, with an estimated 860 million monthly users as of last summer.

Those who feel they have seen the concept of in-game advertising go past a few times before need to know that things have changed in the gaming world, in a number of ways.

For one thing, today’s technology is finally in a position to create a genuine media marketplace in the midst of our massive collective gaming habit. Last year saw an influx of new measurement tools and in-app bidding solutions, opening the door for meaningful metrics to emerge for engagement, viewability and brand recall.

As these metrics bed in and inventory crystallises, marketers will come to know exactly where ads work best, and what an investment in in-app gaming is worth. Done properly, it can be worth a great deal. The dwell time in games is extraordinary, and meanwhile there is safety for brands in gaming, where, in contrast to the lawless open web, producers control the environment.

Gamers have changed too. In today’s player-first market, disruptive ad experiences are no good, particularly given the increasing awareness among players of the value of their data. These players are no longer just children but, in many cases, affluent adults. They know they’re paying once – they don’t want to pay again.

The key, then, is natural integration – immersive, targeted, meaningful, like the games themselves. When electronic music producer Marshmello landed in Fortnite a year ago, playing an in-game concert for 10 million people in one day, it was a success because players wanted to see him there – as demonstrated by the subsequent popularity of Marshmello skins. And like the marshmallow-headed DJ, brands need to add to the entertainment, or stay out of there.

Consequently, for marketers, in-app success is not just a media buy, a process of putting budget in the right place. Instead, it depends on creativity, a good fit, brilliant execution, self-awareness.

Elsewhere, among the big tech players, only Apple and Google have so far put gaming services behind a subscription, promising no ads, ad-tracking or additional purchases. Which in turn points to another likely growth area – that of branded games. As Fortnite, Apex Legends, Ring of Elysium and H1Z1 themselves have proven, if you are providing something of value, for free, there may be no limit to who comes on board.

The challenge for those of us who see the future of in-app advertising is to convey the potential, when the true potential depends on the creativity of a brand and its partners.

Two factors that will make the difference this time. One, the infrastructure, the technology and the consumers are there. Second to that, if brands can’t make this work, the digital marketing standbys they have come to count on won’t necessarily be there waiting.

Air India sale may struggle to fly even with better terms

Air India sale may struggle to fly even with better terms