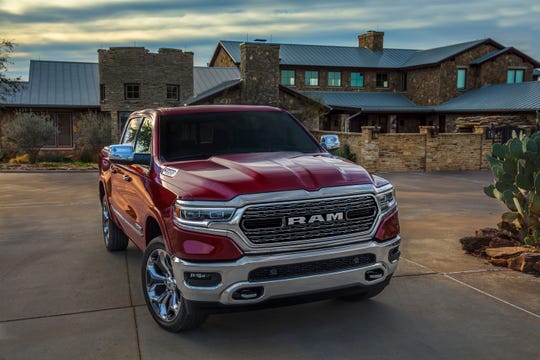 The Ram pickup sales topped the Chevrolet Silverado sales in the fourth quarter and for the full year for the first time ever. (Photo: FCA US LLC)

The pickup war escalated Friday when General Motors and Fiat Chrysler Automobiles reported fourth-quarter and year-end sales and, for the first time, the Ram pickup has outsold the Chevrolet Silverado for the year — by 10.1%.

“This is really quite a shake-up and it’s uncharted territory for the Ram because it’s never been No. 2,” just behind the best-selling Ford F-150, said Jeremy Acevedo, an analyst at Edmunds in Santa Monica, California. “It would be like the Chevy Malibu leapfrogging the Honda Accord or Toyota Camry” sedans.

As for the Ram surpassing the Silverado, GM remains undeterred. A GM spokesman said one year is not a trend especially in light of the six-week work stoppage the UAW’s nationwide strike caused, which dinged sales of the Silverado heavy-duty full-size pickups and resulted in lean pickup inventory. Plus, later this year, GM will launch its redesigned full-size SUVs, expected to boost sales.

GM reported its fourth-quarter deliveries fell 6.3% to 735,909 vehicles, matching analysts’ expectations. For the full year, GM delivered a total of 2.9 million vehicles, down 2.3%. 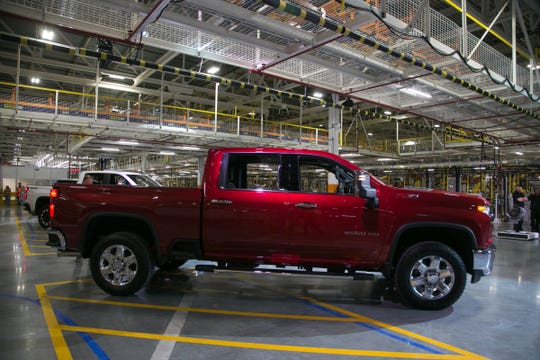 About 48,000 union workers went on strike at GM facilities nationwide on Sept. 16. The strike ended when members ratified a four-year contract on Oct. 25. Besides dinging sales, GM blames the strike for a significant parts shortage that has left many customers awaiting repairs on their GM vehicles.

But GM had its best year ever for small SUV sales, selling 1.2 million compact and small SUVs for the year, up 12.7% compared with 2018.

Still, in a year when the SUV was king, Jeep sales tumbled 5% to 923,291 for the full year. The reason, said Michelle Krebs, executive analyst for Autotrader in Detroit, is “cheap Jeeps like the Compass, Renegade and Cherokee that appeal to a younger, more credit-challenged audience, saw subprime auto loan rates rise despite a lower fed rate.”

The Grand Cherokee was up 8% to 242,969 for the year despite being an “aged” model soon to be replaced. The new Gladiator gave Jeep a sales boost selling 40,047 units for the year.

But FCA’s other brands posted dismal sales. The two Chrysler brand products — minivans and the 300 sedan — were down 23%. All Chrysler models and some Dodge models are made in Canada, where union negotiations take place this year, making it “another interesting event to watch,” said Krebs.

But the earth moved on pickup sales results when comparing the Silverado to the Ram.

Acevedo said it doesn’t look like GM or FCA’s pickup results were “stellar enough” to unseat the F-150 from the top spot when Ford reports its results Monday.

When combining the sales of the Silverado and GM’s Sierra, GM sold 807,923 full-size pickups for the year, topping the RAM’s sales, said auto consultant Rebecca Lindland founder of Rebeccadrives.com in Greenwich.

But GM is the only brand selling two full-size pickups, Lindland said.

“So, it’s a way that GM can spin that they sold more pickup trucks,” said Lindland. “But if you look at it brand by brand, Ram definitely outsold Silverado. It’s a significant accomplishment for Ram because for years they weren’t even close.”

A spokesman for FCA declined to break out sales of the heavy-duty, light-duty or Classic Ram models. The Classic is the previous model year, which Ram has sold at heavy discounts as it rolled out the redesigned new Ram pickups.

“GM will say, ‘Yeah, they’re selling the classics and those are old and not as profitable.’ But it doesn’t matter. It’s still sales,” said Lindland. “GM has been known to sell previous versions of pickups as well.”

Edmunds’ Acevedo added that automakers get “huge” profits from pickup sales, even with a steep discount, so “there’s a lot of meat on the bones.”

Plus, the pickup segment is notorious for its loyal buyers. Generally speaking, 70% of pickup truck buyers are loyal to their brands, said Krebs.

The Ram is helping to bring in younger buyers, said Acevedo. “So, when you think of the number of people who could stay with this brand, you’re conceding cash now, but that could pay dividends down the line as customers stay with these products,” he said.

GM will launch all of its redesigned Chevrolet and GMC large SUV models later this year and Ram ends production of the previous generation pickup, promising the brawl between the two will continue.

“Our focus is retail sales, not rentals,” said Henderson. “Silverado retail market share held up quite well during the year, despite going through a cadenced launch, being interrupted by a 40-day strike and Silverado heavy-dutys just getting going. Silverado also sold well on lean inventories, versus filling up warehouses of unsold vehicles. We think this is a wiser approach to the business. One year doesn’t make a trend — we’re in the truck business for the long haul.”

In an email to the Free Press, FCA said Ram had an “outstanding 2019.”

“Our pickup truck sales speak for themselves,” said Head of U.S. Sales Reid Bigland. “We offered consumers more technology, more interior features and more choice with the Ram 1500, Ram 1500 Classic and our Heavy Duty portfolio. We look forward to another solid year in 2020.”

While the 40-day strike hurt GM’s fourth-quarter and full-year overall results, analysts said it could have been much worse and GM held its own.

“We thought this would be a down year, but the fact that they weathered a tough year including a 40-day strike and shuttering their car line — there were a lot of transitions for the brands,” said Acevedo. “All things considered GM came out of 2019 about as well as they could.”

Lindland said the fact that GM’s sales finished down “only” 2.3% for the year is impressive given the work stoppage late in the year.

“Anyone who knows sports knows that if you go down significantly in the fourth-quarter, it’s hard to make a recovery, unless you’re the New England Patriots,” said Lindland, referring to the 2017 Super Bowl when, late in the game, the Patriots overcame a 25-point deficit against the Atlanta Falcons to win their fifth Super Bowl title. “GM is the New England Patriots of the auto industry here.”

Public focus group on economic development to be held | Business-farm