MarketAxess (NASDAQ:MKTX) was downgraded by BidaskClub from a “buy” rating to a “hold” rating in a research report issued to clients and investors on Friday, December 13th, BidAskClub reports.

MarketAxess (NASDAQ:MKTX) last issued its quarterly earnings results on Wednesday, October 23rd. The financial services provider reported $1.42 earnings per share (EPS) for the quarter, beating the Thomson Reuters’ consensus estimate of $1.25 by $0.17. MarketAxess had a return on equity of 30.89% and a net margin of 40.58%. The firm had revenue of $131.60 million for the quarter, compared to analyst estimates of $130.00 million. During the same period in the previous year, the firm earned $1.02 earnings per share. The company’s revenue was up 29.8% compared to the same quarter last year. Equities research analysts expect that MarketAxess will post 5.4 EPS for the current fiscal year.

MarketAxess Holdings Inc, together with its subsidiaries, operates an electronic trading platform that enables fixed-income market participants to trade corporate bonds and other types of fixed-income instruments worldwide. It offers institutional investor and broker-dealer firms the access to global liquidity in U.S. 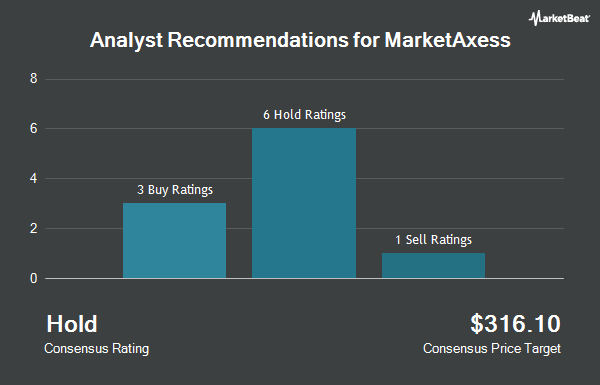