AT&T, Roku can’t agree on a streaming deal. Here’s what it means for you

Customers who want to watch AT&T TV with a Roku device or a smart TV now face a new obstacle: They won’t be able to find and download the Dallas-based company’s app.

AT&T and Roku are at an impasse over carrying the app, according to a statement on AT&T’s customer support page. Starting Jan. 1, AT&T said customers can no longer download the AT&T TV app on any Roku device, including its streaming stick and Roku-enabled smart TVs.

Roku said its contract with AT&T for distribution of the app expired.

In the statement on its customer support page, AT&T said customers can still use Roku devices to watch AT&T TV Now if they’ve already downloaded the app and don’t delete it.

“We work with distributors like Roku to provide our customers with the content that they want and are disappointed to see them put in the middle of contract negotiations,” AT&T said in a statement. “We are on the side of customer choice, and want to keep our apps on Roku devices.”

AT&T is one of the nation’s largest pay-TV companies with about 20.4 million cable and satellite customers, but it has been losing millions of them over the past two years. It has looked to streaming as a way to reverse trends and attract new customers. 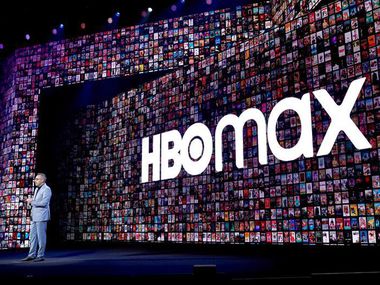 Its streaming service, AT&T TV Now (formerly called DirecTV Now), offers a cablelike lineup of channels without a cable box or long-term contract. AT&T TV, an internet-based satellite dish replacement, is available in some markets and will officially launch in early 2020. And this May, it will launch HBO Max, a subscription video on-demand service with a library of TV shows and movies that will compete with Netflix, Hulu and others.

“We continue to work toward a resolution with AT&T,” Roku said.

Neither Roku nor AT&T would comment on the reason for the dispute. The companies would not elaborate on financial terms of the prior contract, such as whether they shared ad revenue or whether AT&T paid Roku to be listed in its channel store.

AT&T once had a promotion that encouraged customers to use Roku. When customers signed up in 2018, it gave them a free Roku Streaming Stick.

Roku is the market leader for streaming devices. Roku had 38% of brand share among all of the devices as of the third quarter of 2019 — not including smart TVs that have Roku software, according to Addison-based market research firm Parks Associates. Amazon Fire TV and Apple TV trailed behind with a 33% and 11% share, respectively. Google Chromecast has 10% brand share.

The Los Gatos, Calif.-based publicly traded company carries a number of TV apps that customers can stream, including YouTube, Netflix, PBS Kids and more. Roku still carries apps for AT&T-owned networks, including CNN and HBO, according to its website’s channel store. It makes money from device sales and ads that run during programming.

AT&T has had standoffs with other companies, but they’ve been over licensing rights. For example, customers have faced TV blackouts after AT&T and TV networks or local broadcast stations have failed to come to a deal.

“Roku has become an important distribution channel for AT&T,” he said. “We’re kind of in a new world where AT&T needs Roku more than Roku needs AT&T.”

ETFs That May Suffer as US Consumer Confidence Takes a Hit

ETFs That May Suffer as US Consumer Confidence Takes a Hit