Crude oil has formed lower highs and higher lows to trend inside a rising channel on its 1-hour time frame. Price has dipped to the channel bottom and looks prime for a bounce back to the top.

The 100 SMA is above the 200 SMA to confirm that the path of least resistance is to the upside or that the climb is more likely to gain traction than to reverse. The 200 SMA also recently held as dynamic support since it lines up with the bottom of the channel.

RSI is on the move up to confirm that bullish pressure is in play and could be enough to take price further north. Stochastic is also on its way up but is crossing lower to suggest that sellers might still return. 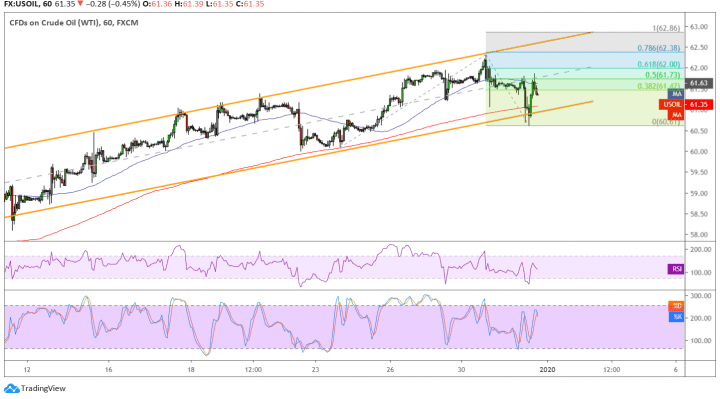 Crude oil remains supported as the US and China are slated to sign the first phase of their trade deal by the middle of January, at least according to Trump’s latest remarks. Pushing through could keep traders hopeful that the previous tariffs and retaliatory measures could be lifted at some point, including those on WTI crude oil.

The upcoming inventory data from the EIA could set the tone for crude oil price action for the rest of the week, as a draw in stockpiles might allow the climb to carry on. A large build, on the other hand, could reflect weak demand and spur a break below the channel support.

Windows and doors industry: A look ahead

Windows and doors industry: A look ahead