3 Stocks to Buy and Hold for the Next 50 Years

At first glance, buying stocks and holding them for decades might seem like a silly move. After all, how can any investor know what’s going to happen with a company’s management team, its products and services, and macroeconomic events quarter to quarter, let alone over the span of decades?

But what some investors don’t realize is that uncertainty is what makes a buy-and-hold investing strategy make sense. If you’re able to keep a cool head when other investors are temporarily panicking, then you’re a lot more likely to make money.

To start building a long-term portfolio that you can hang onto for decades, look no further than the companies below. 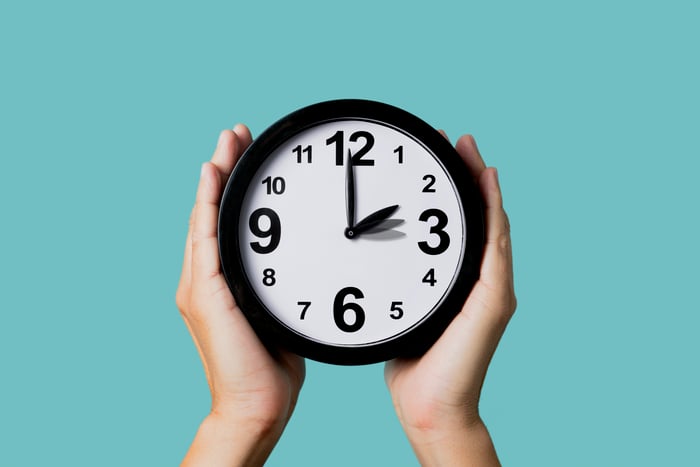 If it’s been a while since you’ve seriously considered Disney (NYSE:DIS) as an investment, now is the time to give this entertainment titan another look. Disney makes its billions from having its hands in everything from television networks, movies, and TV shows to theme parks, hotels, etc. But Disney has kicked its brand into hyperdrive over the past few years with acquisitions of the Star Wars franchise, Marvel Studios, and Twenty-First Century Fox.

Each of these purchases has given Disney access to characters, stories, movies, films, and shows that will help it generate revenue for years to come.

Disney has also used those acquisitions to help populate its new video streaming service, Disney+. The Marvel and Star Wars franchises, along with its own collection of classic movies and newly acquired Fox content, will help Disney set itself apart in the increasingly crowded video streaming market. Disney already has more than 10 million subscribers to its new service, and with its treasure trove of characters and stories, Disney has plenty of potential to benefit for decades.

Netflix‘s (NASDAQ:NFLX) share price has skyrocketed an unfathomable 3,900% over the past decade, so it might seem like the company’s best days are behind it. But consider that in the most recent quarter, Netflix’s sales jumped by 31%, it added 6.7 million new subscribers, and the company’s earnings popped 65% year over year. Additionally, investors should remember that the video streaming market is still in its early stages, and Netflix’s current dominance — it has more than 158 million global subscribers — means that it’s in the best position to benefit as streaming grows.

Netflix’s early lead in the streaming space means that even though Apple, Disney, and others have recently launched their own streaming services, they’ll have a difficult time matching Netflix’s success any time soon.

And even as Netflix’s competitors gain subscribers, it doesn’t mean they’ll be stealing them away from Netflix. Recent research shows that U.S. consumers are increasingly signing up for multiple video streaming services.

Amazon (NASDAQ:AMZN) hardly needs an introduction, but there might be at least one aspect of the company’s business that some people don’t know much about: cloud computing. Amazon makes most of its profit from its Amazon Web Services (AWS) business, which allows everyone from large companies to individual developers to take advantage of web hosting, AI services, and a host of cloud computing tools.

And, of course, Amazon will likely benefit from its dominance in the online retail space. Amazon accounts for about 38% of all online sales in the U.S., and online shopping is still in its infancy. In 2021, just 14% of retail sales will be online, which gives Amazon lots of room to grow its business in the coming years.

Buying stocks of successful companies is the first step to having a long-term investing strategy, but the next step is to keep your cool and hold onto these companies when difficult times come — because they will come. When the stock price dips or the company makes a wrong move, it’s good to take the time to evaluate whether your original reason for buying the stock has changed. If it hasn’t, then it’s time to do the hard work and ignore the noise and hold onto your investment. If you can do that, you’ll be well on your way to benefiting from all of the long-term potential these companies have.