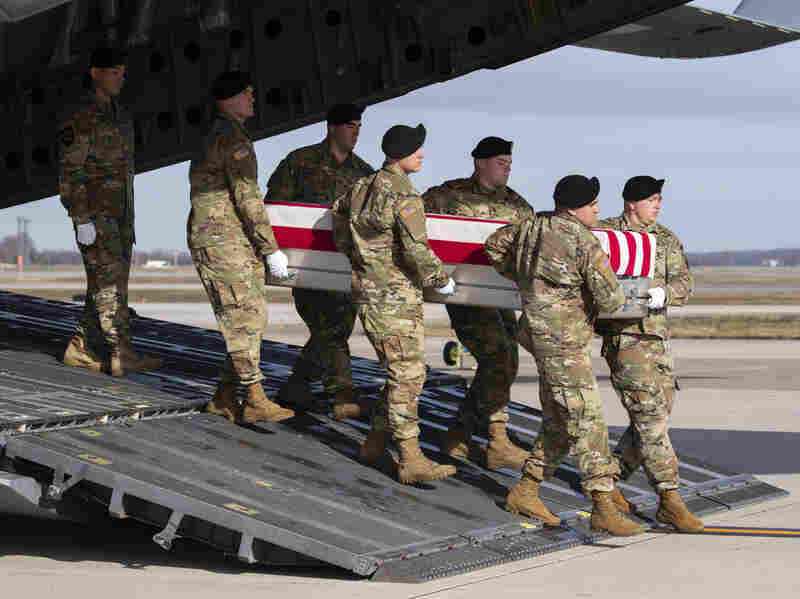 In this Dec. 25 photo, an Army carry team moves a transfer case containing the remains of U.S. Army Sgt. 1st Class Michael Goble, at Dover Air Force Base in Delaware. The U.S. Special Forces soldier died in Afghanistan this week while seizing a Taliban weapons cache. 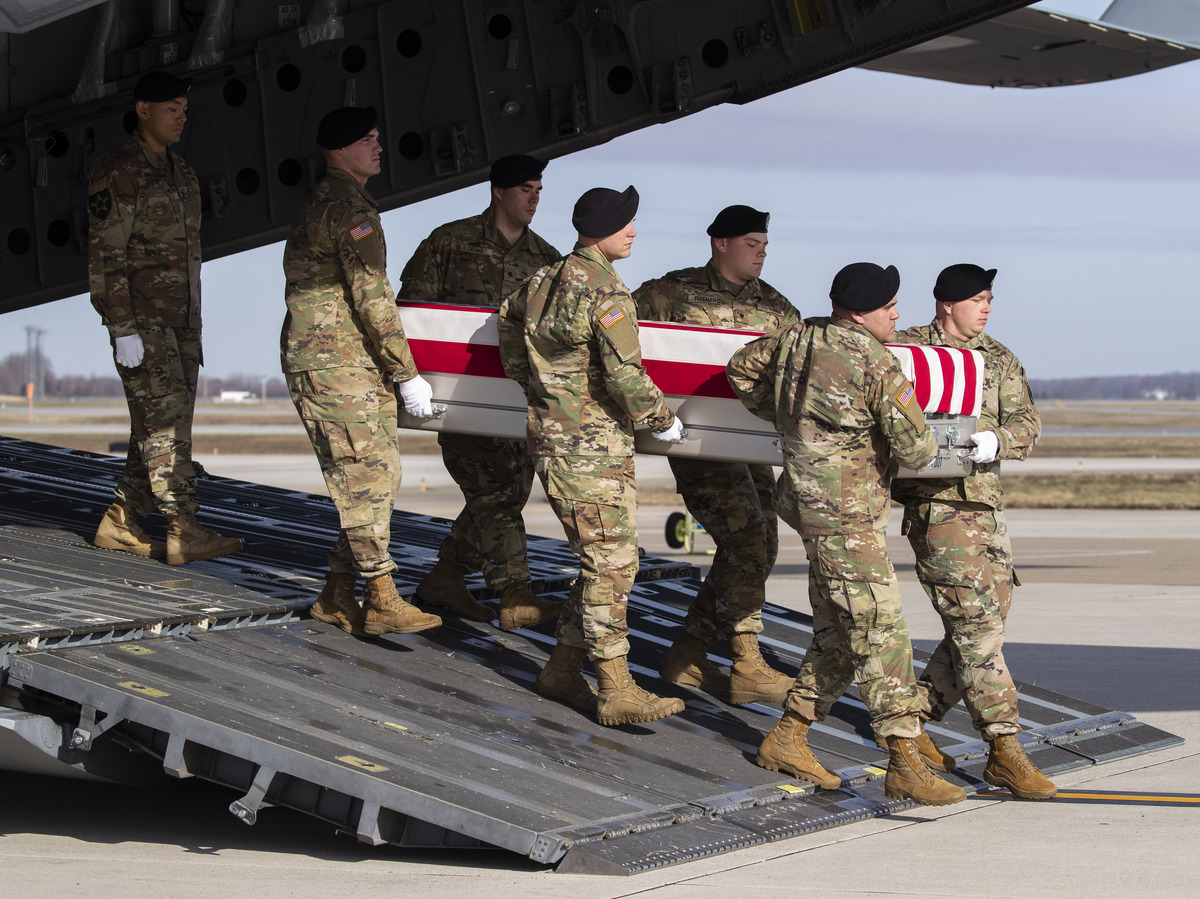 In this Dec. 25 photo, an Army carry team moves a transfer case containing the remains of U.S. Army Sgt. 1st Class Michael Goble, at Dover Air Force Base in Delaware. The U.S. Special Forces soldier died in Afghanistan this week while seizing a Taliban weapons cache.

More than 100 Gold Star families are suing several major defense contractors, alleging they made illegal “protection payments” to the Taliban — thereby funding the Taliban’s insurgency efforts that killed or wounded thousands of Americans in Afghanistan.

It’s illegal under the federal Anti-Terrorism Act to provide material support to the Taliban. The U.S. has warned defense contractors that protection payments are against the law, but according to the lawsuit, the practice has proliferated because defense contractors feel it’s a cost of doing business.

“Defendants supported the Taliban for a simple reason: Defendants were all large Western companies with lucrative businesses in post-9/11 Afghanistan, and they all paid the Taliban to refrain from attacking their business interests,” the complaint says. “Those protection payments aided and abetted terrorism by directly funding an al-Qaeda-backed Taliban insurgency that killed and injured thousands of Americans.”

According to the lawsuit, filed Friday in the U.S. District Court for the District of Columbia, the Taliban in 2005 began systematically approaching international businesses operating in Afghanistan, and offered them a choice: pay up, or else. “Defendants paid the Taliban to leave them alone,” the suit alleges. “The payments saved Defendants money: it was cheaper to buy off the Taliban than it would have been to invest in the security necessary to mitigate the terrorists’ threats.”

NPR reached out to every company named in the lawsuit. Most did not respond by publication time. Those who did respond declined to comment. In a statement to CNN, one of the companies — Black & Veatch — said it “followed the directives of the US government agencies that we served.” The company declined to comment specifically on the allegations in the suit.

Barnett Rubin, associate director of NYU’s Center on International Cooperation, tells NPR that paying insurgents is “pretty universal” among defense contractors. It’s “the only way to get the supplies through, so the choice is funding the insurgency or not supplying the troops,” says Rubin, who formerly served as the senior adviser to the special representative for Afghanistan and Pakistan in the U.S. Department of State.

In addition to making protection payments, one company — the telecommunications firm MTN Group — has been accused of deactivating its cellular towers at night at the request of the Taliban, which believed U.S. forces were using the cellular networks to track insurgents.

“This case is about obtaining justice for my husband’s death and the lives of so many others who were killed and injured by the terrorists in Afghanistan,” said August Cabrera in a statement. She’s the widow of Army Lt. Col. David Cabrera, believed to have been the first military social worker killed by enemy fire in the line of duty.

“The central issue here is the Pentagon’s reliance on contractors in war zones,” said Andrew Bacevich, professor emeritus of international relations and history at Boston University. “In the old days, the U.S. military when at war was largely self-sufficient. Today, the U.S. military is heavily dependent on profit-making enterprises, which inevitably privilege the bottom line over other considerations. I don’t know whether the evidence will sustain the plaintiffs in this case, but I sure wouldn’t be surprised.”

NPR reported on these so-called “extortion rackets” in 2010. “Resupply convoys navigating the hazardous Afghan highway system frequently have to hire security firms to protect them, and as often, these security firms pay off militias that control key stretches of road,” international correspondent Peter Kenyon wrote.

A related lawsuit, filed Friday on behalf of Gold Star families and dozens of veterans, accuses the Iranian government of providing material support to al-Qaeda and the Taliban, including weapons, funding and training. “As it did in Iraq, we believe the Iranian government’s activities in Afghanistan helped enable anti-American terror on a massive scale,” said Josh Branson, a partner at the Washington-based Kellogg Hansen law firm, which is one of the firms representing the families.