According to Zacks, analysts expect that Adamas Pharmaceuticals will report full-year sales of $53.47 million for the current fiscal year, with estimates ranging from $52.70 million to $54.30 million. For the next year, analysts anticipate that the business will post sales of $92.03 million, with estimates ranging from $65.20 million to $123.00 million. Zacks Investment Research’s sales averages are an average based on a survey of sell-side research analysts that follow Adamas Pharmaceuticals.

Adamas Pharmaceuticals (NASDAQ:ADMS) last issued its earnings results on Thursday, November 7th. The specialty pharmaceutical company reported ($0.99) earnings per share (EPS) for the quarter, missing the Zacks’ consensus estimate of ($0.90) by ($0.09). The company had revenue of $13.93 million for the quarter, compared to the consensus estimate of $14.36 million. Adamas Pharmaceuticals had a negative return on equity of 205.30% and a negative net margin of 215.09%.

Adamas Pharmaceuticals, Inc focuses on the discovery, development, and commercialization of medicines for patients suffering from chronic neurologic disorders. The company offers GOCOVRI, an extended release capsule for the treatment of dyskinesia in patients with Parkinson’s disease receiving levodopa-based therapy, with or without concomitant dopaminergic medications.

Recommended Story: What member countries make up the G-20? 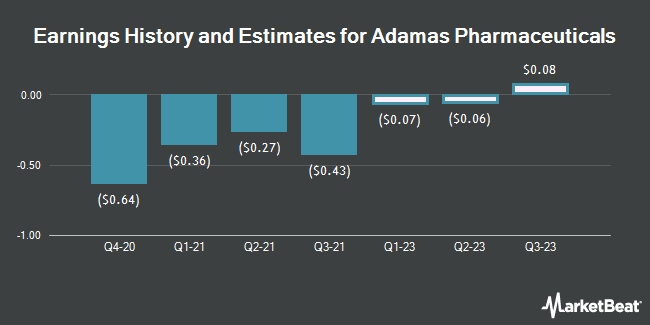 How Did Pfizer Inc. (PFE) Compare Against Hedge Fund Darlings in 2019?

How Did Pfizer Inc. (PFE) Compare Against Hedge Fund Darlings in 2019?