Several studies have indicated that high status women may be less appealing to men than their low status counterparts, perhaps because their status violates traditional gender norms. For example, Grietemeyer (2007) found that well-educated women with high incomes were seen by men as “less likable, less faithful, and ultimately less desirable” (p. 2). However, other studies indicate that status may at times make no difference in women’s appeal. Therefore, more research is needed to pinpoint the circumstances under which status matters. Fisher and Stinson (2020) posit that because beautiful women possess femininity through their looks, they may be able to circumvent the negative effects of high status on their romantic allure. The researchers thus conducted three studies to test their hypothesis that status would boost the appeal of beautiful women, but would dampen the appeal of average-looking women.

In Study 1, the researchers recruited 244 heterosexual Amazon Mechanical Turkers who viewed social media profiles of White men and women varying in physical attractiveness (moderate vs. high) and status (high vs. low income, high status vs. low status career). Romantic attraction was assessed through questions such as, ““I feel like I would have potential romantic chemistry with this person” (p. 4).

In Study 2, the researchers recruited 332 heterosexual college students from a Canadian university. The students read fake social media profiles of other students whom they thought they would later meet. Again, the profiles varied by physical attractiveness and status (i.e., intended career, estimated income) and romantic attraction was assessed.

Finally, in Study 3, the researchers conducted a field experiment to better approximate a real life scenario. Female confederates (either moderate or high in attractiveness) approached male college students on the same campus as in Study 2. The confederates asked the men to listen to their speech and to provide feedback. In the speech, the confederates revealed their relationship status (single) and their status (high vs. low, through the job offer they supposedly received). To assess attraction, per a prior study (Anthony, Holmes & Wood, 2007), men indicated their interest in attending the confederate’s focus group for her class. They were asked how many meetings they were willing to attend, whether they would be willing to attend meetings late at night, and whether they would be willing to attend meetings on weekend mornings. They also provided their contact information. A total of 181 heterosexual men participated and received chocolate as compensation. 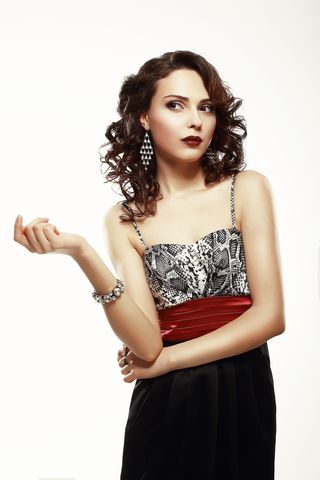 The authors propose that men receive social rewards from being with a beautiful woman, and further that these beautiful high status woman may provide a “match” for the men, given that the college students (in studies 2 and 3) were fairly high status themselves. Another possibility not provided by the researchers is that the combination of high attractiveness and high status may cater to sexual tropes or fantasies that involve power imbalances such as the “sugar mama”, “cougar”, or the “hot teacher”.

Of importance, the college samples in studies 2 and 3 were largely White, liberal, young, and heterosexual. Findings may not generalize to other cultural groups, for which gender roles may differ.