Teva Pharmaceutical Industries (NYSE:TEVA) was downgraded by research analysts at ValuEngine from a “strong-buy” rating to a “buy” rating in a research report issued on Tuesday, December 3rd, ValuEngine reports.

In other Teva Pharmaceutical Industries news, VP Hafrun Fridriksdottir sold 4,310 shares of the firm’s stock in a transaction that occurred on Monday, December 2nd. The shares were sold at an average price of $10.49, for a total transaction of $45,211.90. Following the completion of the transaction, the vice president now owns 24,883 shares in the company, valued at approximately $261,022.67. The transaction was disclosed in a document filed with the SEC, which can be accessed through the SEC website. 0.49% of the stock is currently owned by company insiders. 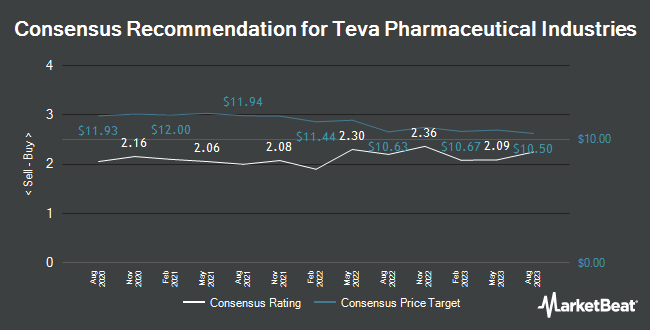