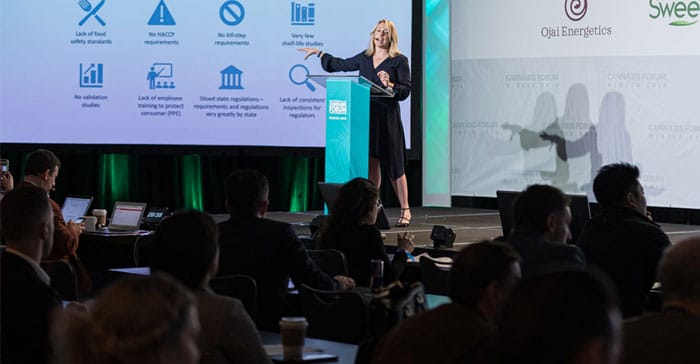 In a fraught regulatory landscape, cannabidiol (CBD) has made headlines, calmed consumers and confused others. But the market for cannabis products is broad and blossoming. At Cannabis Forum Winter 2019 in Santa Monica, experts unpacked the world of ingredient sourcing and testing, growing investor interest and more. Here are three takeaways from today’s presentation.

Aside from a lack of federal legislation around cannabis food and drink products, laws around cannabis commerce vary state-to-state. Cannabis cannot be transported from different states — even between two legal states — which creates a complex system for selling and shipping products.

As a result, California, which legalized recreational marijuana in 2016, is still the ripest source of opportunity in cannabis products, noted Cy Scott, CEO of cannabis intelligence firm Headset. It’s up to brands to find white space to fill in, and as legality around cannabis evolves, there will be even more opportunity in other states.

“In the cannabis industry, the only constant is change,” Scott said.

In the meantime, to ensure product efficacy and avoid more warnings to brands from the Food and Drug Administration (FDA), states need to take action, according to Jill Ellsworth, founder and CEO of Willow Industries, Inc..

“The states need to start talking to each other and implementing more standardized tests across the board,” she said. “Moving toward the adoption of safe standards is where we need a lot of help.”

Additionally, as investors — both stateside and international — become increasingly interested in the space, brands need to be wary of foreign investors.Completing background checks, understanding state disclosure laws and immigration laws to avoid issues down the line is crucial, Allison Margolin, partner at law firm Margolin & Lawrence.

“Be careful and have an attorney who understands that area of law,” she said.

Beyond CBD and THC

While we hear a lot about both CBD and tetrahydrocannabinol (THC), the cannabis plant contains an array of cannabinoids with varying benefits. Once cannabis food and beverage applications become federally legal, there’s potential for these other cannabinoids to play a crucial in growing the market. Cannabigerol (CBG), for example, is known as “CB-giddy,” Will Kleidon, founder & CEO of Ojai Energetics noted. 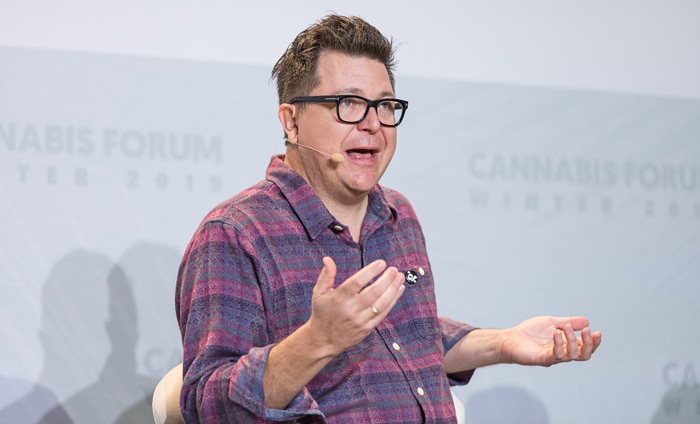 Ricardo Baca, founder & CEO of regulation-focused communications agency Grasslands, noted that research on cannabinoids is “devastatingly behind” and that there’s “infinitely more that we don’t understand than what we do.” In terms of cannabis products already in the marketplace, Baca noted the rise of infused beverages, which are considered part of the broader ‘edibles’ category.

“It’s a very complex market that a lot of people are trying to figure out,” he said. “An edible transitions into the body differently than smoke or vapor — and [provides] its own unique high.”

“Every cannabis brand is targeting the same customer — the ‘canna-curious,’” Baca said. “Less than 20% of Americans consume cannabis regularly — it’s a very small slice of the market.”

To cater to these budding users, brands should aim to differentiate and create products that win on taste. Taking cues from big CPG companies, such as creating holiday-themed products, can be an effective marketing tool: cannabis-infused chocolates and mints brand Kiva Confections recently released a holiday-inspired cannabis-infused hot chocolate, he noted. Additionally, they should consider offering low THC products and offer the utmost clarity on how to consume their products. 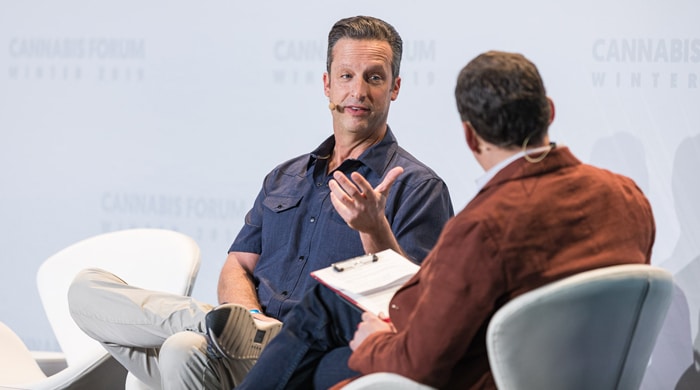 To create successful products, açaí juice and coconut water brand Zola saw potential in working directly with CBD company Caliva; thus Caliva acquired Zola in May. Chris Cuvelier, head of beverage at Caliva (former CEO of Zola) noted it was the first cannabis company to buy a mainstream beverage company, adding that creating a great-tasting beverage first was key to the product’s success in reaching the canna-curious consumer; 72% of consumers have heard of CBD, he said.

“It’s a way to bring more people into the category with plant based solutions,” Cuvelier said.

Dr. John Oram, CEO and founder of brand and dispensary NUG, noted the canna-curious consumer wants a “normalized experience — and can be very brand loyal.”

Scott added that while millennials have comprised half of market share, Gen Z has had some form of cannabis “relatively normalized in a regular market” for their entire lives — and is expected to comprise 5-6% of market sales.

“That’s the world we’re going into,” he said.