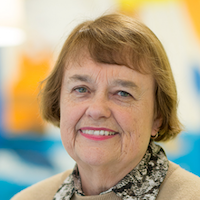 Selective serotonin receptor inhibitors like fluoxetine are often prescribed to reduce the severity of core behaviors of autism spectrum disorders, but the efficacy of this treatment is currently unknown.

The trial included 146 patients between 7.5-18-years old with autism spectrum disorders from 3 tertiary health centers in Australia and a total score of at least 6 on the Children’s Yale-Brown Obsessive Compulsive Scale-Modified for Pervasive Developmental Disorders (CYBOCS-PDD).

The participants were randomized to either receive fluoxetine (n=75) or placebo (n=71). The medication group received either 4 or 8 mg/d dosages for the first week, depending on their weight. They were then titrated to a maximum dose of 20 or 30 mg/d over 4 weeks.  Overall, treatment duration was 16 weeks.

The dosage was also decreased for any patient who suffered from a significant adverse effect.

However, a prespecified analysis that accounted for potentially confounding factors and baseline was null.

“In this preliminary study of children and adolescents with autism spectrum disorders, treatment with fluoxetine compared with placebo resulted in significantly lower scores for obsessive-compulsive behaviors at 16 weeks,” the authors wrote. “Interpretation is limited by the high dropout rate, null findings of prespecified analyses that accounted for potentially confounding factors and baseline imbalances, and CIs for the treatment effect that included the minimal clinically important difference.”

The primary outcome of the study was the total score on the CYBOCS-PDD at 16 weeks post-randomization, analyzed with a linear regression model that was adjusted for stratification factors such as site, age at baseline, and intellectual disability, with an additional prespecified model that included additional adjustment for baseline score, sex, communication level, and imbalanced baseline and demographic variables.

The most common adverse events were mood disturbance, particularly irritability, gastrointestinal problems such as nausea and diarrhea, and sleep disorders.

The study, “Effect of Fluoxetine on Obsessive-Compulsive Behaviors in Children and Adolescents With Autism Spectrum Disorders,” was published online in JAMA.