Denis Mahmudov scored 4 goals in Armenia, Ilija Nestorovski netted his first goal for Udinese, Marko Gjorgjievski, Krste Velkoski scored one goal each, Visar Musliu committed a penalty foul, while Stole Dimitrievski saved a penalty only to be dismissed by VAR.

Albania, Kategoria Superiore, Kukësi – Bylis 2:1
Edis Malikji played the full 90 minutes for the hosts, while his teammate Tome Kitanovski entered the game in the 77th minute.

Albania, Kategoria Superiore, Partizani – Laçi 1:0
Egzon Belica played another full game for Partizani, while his teammate Besnik Ferati did not get any playtime in the minimal win against Laçi.

Albania, Kategoria Superiore, Skënderbeu – Tirana 2:1
Artim Polozhani played the full match in Skënderbeu’s defense, while his teammate Agon Elezi entered the game in the 81st minute to play the final 10 minutes of the match.

Albania, Kategoria Superiore, Vllaznia – Teuta 0:0
Right back Filip Gligorov started for Vllaznia and played for 68 minutes, while his teammate Aleksandar Ristevski did not get any playtime. For the visitors, Blagoja Todorovski played the entire match while Bobi Celeski was once again the backup goalkeeper.

Armenia, Bardzraguyn Khumb, Yerevan – Pyunik 2:8
Denis Mahmudov played the full match and scored 4 goals in the big win against Yerevan. One of the four goals came from a penalty, which he also brought himself. Mahmudov has now collected a total of 9 goals this season. His teammate Antonio Stankov also played the whole game.

Bosnia Herzegovina, BH Telecom Premijer Liga, Velež – Sarajevo 1:2
Krste Velkoski opened the score in the 13th minute to give Sarajevo a lead. This was Velkoski’s second goal this season. He went on to play the full game, as did Kosta Manev and Yani Urdinov for the hosts.

Croatia, Hrvatski Telekom Prva Liga, Dinamo – Hajduk 1:1
Arijan Ademi remains sidelined by Dinamo due to his injury. He is expected to return to action in the next game at the Champions League.

Croatia, Hrvatski Telekom Prva Liga, Osijek – Istra 1:0
Agron Rufati spent the entire match on Istra’s bench as they lost away to Osijek. Istra was left with a player down after getting a red card in the 52nd minute. For the hosts, Todor Todoroski and Mile Todorov were not summoned as they played for Osijek’s second team.

Croatia, Hrvatski Telekom Prva Liga, Inter – Rijeka 1:4
Darko Velkovski once again did not make the bench for Rijeka, despite the fact that he has returned from his injury.

Cyprus, Protáthlima Cyta, Nea Salamis – AEK 1:0
Daniel Mojsov remained on the bench for the visiting side, while Ivan Trichkovski started on the bench and was introduced in the 72nd minute of the match.

Cyprus, Protáthlima Cyta, AEL – Olympiakos 0:0
Davor Zdravkovski played the whole match for the home side, while Kire Markoski started on the bench and was brought on in the 58th minute.

Cyprus, Protáthlima Cyta, Anorthosis – Ethnikos 2:1
Martin Bogatinov and Bojan Markoski played the whole match for the away team, while Jovan Kostovski remained on the bench.

England, Championship, Luton Town – Leeds United 1:2
Ezgjan Alioski remained on the bench for the winning side.

France, Ligue 1, Angers – Nîmes 1:0
Vlatko Stojanovski was brought on in the 71st minute of the match, replacing his teammate Kevin Denkey.

Hungary, OTP Bank Liga, Újpest – Diósgyör 0:2
Kire Ristevski remained on the bench for the home team, while Mirko Ivanovski was not included in the matchday squad which could have featured two former Pelister players facing each other.

Hungary, OTP Bank Liga, Fehérvár – Puskás Akadémia 1:3
Both Visar Musliu and Boban Nikolov played the whole match for the home team and both were shown a yellow card. Musliu actually gave away a penalty when he earned the yellow card, but the home keeper saved it. After the defeat their team sacked the coach.

Italy, Serie A, Spal – Genoa 1:1
Goran Pandev started at the bench for the first time under new manager Thiago Motta. He came in instead Lukas Lerager in the 62nd minute. Both goals were already scored.

Italy, Serie A, AC Milan – Napoli 1:1
Elif Elmas played the full match for Napoli away to Milan and had another good performance. During the match he ran 11,73 km that was the most from all players on this match. In the 69th minute, Elmas had a good look at goal. However, instead of shooting, Elif chose to go down and try to win a penalty. The referee was not having it and gave Elmas a yellow card for diving. 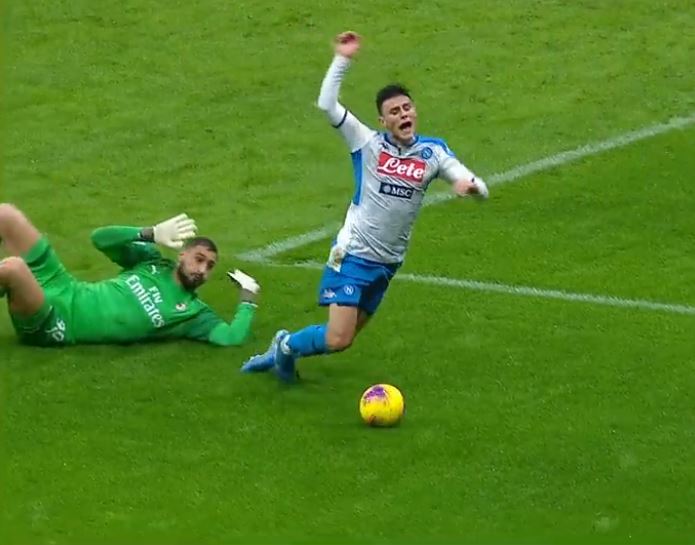 Italy, Serie A, Sampdoria – Udinese 2:1
Ilija Nestorovski scored his first goal for Udinese. Nestorovski scored twice on this match, but his first goal was disallowed after a VAR review because of an offside and this was his third goal disallowed by VAR this season. In the 29th minute Nestorovski scored a nice goal with a shot from the edge of the box. After the goal, Nestorovski had some fun with VAR and mockingly made the VAR gesture that referees make before they go for a check. Unfortunately, his team later conceded two goals and lost the match. Ilija played until the 53rd minute when a red card for a teammate forced his manager to make an early change.

Serbia, Linglong Tire SuperLiga, Spartak – Radnik 3:1
Zoran Danoski and Boban Georgiev were in the starting lineup for Radnik away to Spartak. Danoski played the whole match and Georgiev was substituted in the 76th minute.

Serbia, Linglong Tire SuperLiga, Voždovac – Proleter 2:0
Marko Gjorgjievski scored his first goal for Voždovac in the Serbian top flight. Gjorgjievski was in the starting lineup and he scored the second goal on the match in the 74th minute, before being substituted.

Slovakia, Fortuna Liga, Nitra – Žilina 0:0
Milan Ristovski played almost all minutes for Nitra as well as Enis Fazlagikj for Žilina. Ristovski was replaced by Marek Fábry in the 90th minute while Fazlagikj made way for Ján Bernát in the 88th minute of the game. 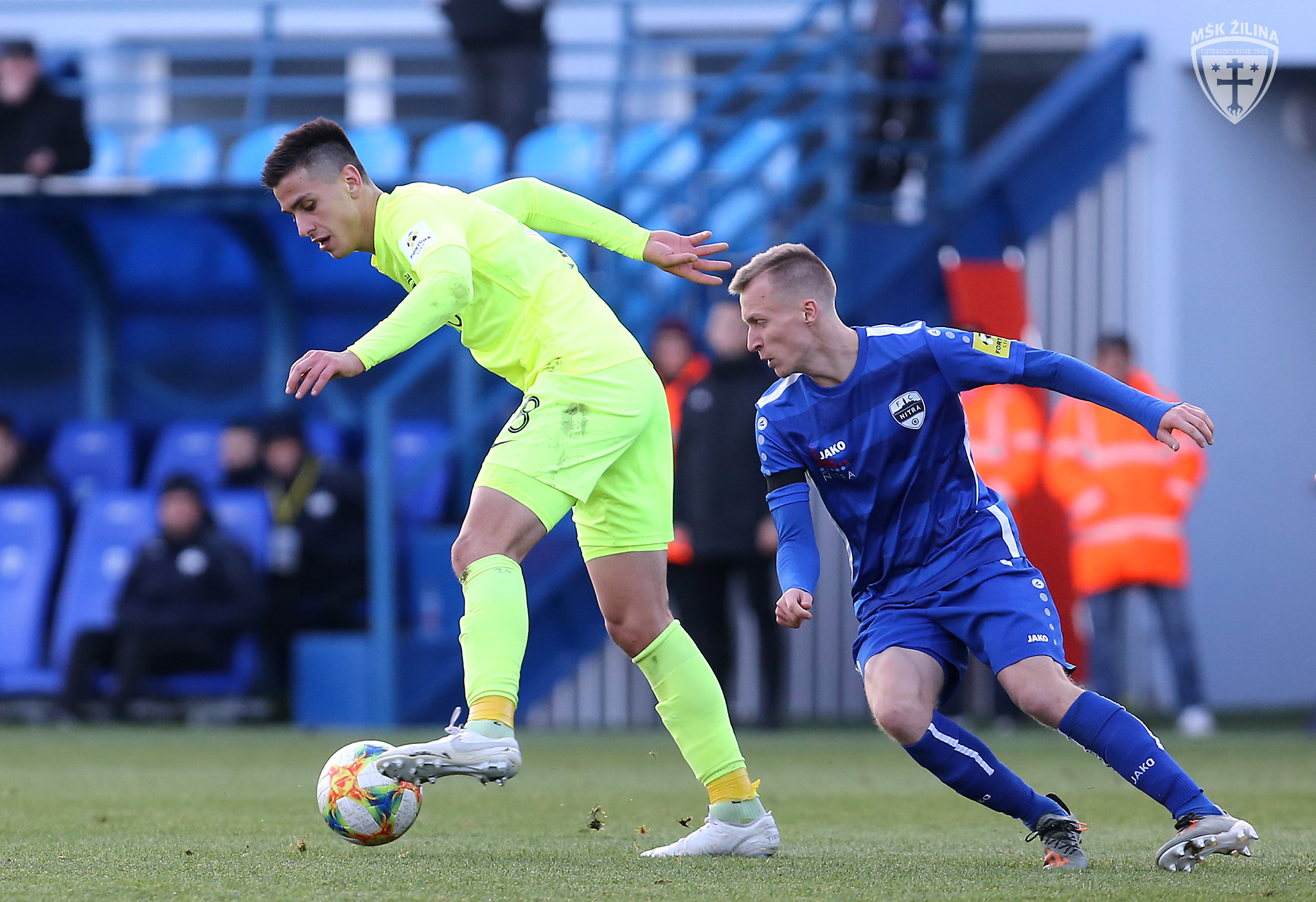 Slovakia, Fortuna Liga, Ružomberok – Senica 2:2
Tihomir Kostadinov played full game for Ružomberok and he was also booked at 32nd minute of the game.

Spain, Segunda División, Rayo Vallecano – Zaragoza 0:1
Stole Dimitrievski saved a penalty in the 60th minute for Rayo. However, a VAR review concluded that he came off his line too soon. Thus, the penalty kick taker got another try and this time he converted. Also, Dimitrievski got booked for coming off too soon.