What Exactly Is A Virtual Clinical Trial 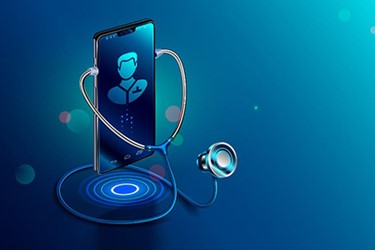 Oracle Health Sciences and the CNS Summit have released a research report on the use of virtual components (patient-facing technologies) in clinical trials. The findings are the result of focus group interviews and supplementary research with key stakeholders involved with clinical trials. The 28 executives participating included representatives from pharma companies, CROs, sites, and independent consultants. All the participants had significant experience in both clinical trials and the use of patient-facing technologies.

The focus groups consisted of a two-hour facilitated discussion that centered on four questions:

Oracle Health Sciences also asked professionals attending the 2019 Global Site Solutions Summit to fill out a survey concerning their use of technology in clinical trials. Their responses were incorporated into the final report.

What Is A Virtual Trial?

One of the most interesting sections of the report is the discussion around defining the term “virtual clinical trial.” A variety of terms have been used to describe trials that incorporate patient-facing technologies, such as tablets, smartphone apps, or wearable sensors. Often, they are described as virtual trials, decentralized trials, remote trials, direct-to-patient trials, and hybrid trials.

The report found none of the above terms have an accepted definition across the industry. In fact, each of the terms has a disparate definition attached by various groups or companies within the clinical space. The term that seemed to carry the most ambiguity was “virtual clinical trial.” This lack of a common definition, as well as the use of multiple terms, was identified as a source of confusion in the industry. Additionally, when there are so many aspects of a trial that can be virtualized, at what point does the trial become virtual?

While some respondents felt the use of almost any patient-facing technology constitutes a virtual trial, others felt the term should only be used for those studies where every aspect of it, post protocol design, was technology based. That includes patient recruitment, consent, and data collection. By that definition, a true virtual trial would be one where there were no physical sites and no face-to-face interactions with patients. Others defined a “fully virtual” trial as one where there would be no human-to-patient interaction at all.

Regardless of how it’s defined, almost none of the participants said they had ever been involved with a “fully virtual” trial. For a Phase 3 trial involving an experimental drug, not one participant reported being involved in a trial that completely separated patients from a direct contact with a site or provider.

For those trials that were not “fully virtual” but involved a patient facing technology, the preferred term was “hybrid trial.” Those trials still included direct-to-patient interaction by the PI or participating physicians. The three most common “virtual components,” as identified by the Global Site Solutions Summit survey, were mobile technology, web-based patient diaries, and wearable technologies.

So, what term should we be using? Most participants seemed to prefer the term “decentralized trial.” That also seemed to be the consensus of a panel on this topic at the 2019 CNS Summit. As one panelist explained, the FDA considers a virtual trial to be one where there are no humans involved.

What Problem Are You Trying To Solve?

The focus group found the degree to which technology has been employed or integrated into a trial to have increased significantly over that past few years. In some cases, the technologies were pre-determined by the sponsor company. In others, they were proposed by the PI and then incorporated into the protocol. When asked for reasons why they opted to use the technology, the most cited response was the desire to deliver a better patient experience. Even when the technology was employed for another primary reason, such as streamlining data collection, it was found to relieve some patient burden.

Respondents felt the use of patient-facing technologies helped widen the pool of trial participants, increase retention, improve the quality of data, and improve the overall patient experience. There were also critical issues addressed using these technologies, including site staff inconvenience, improved patient safety monitoring, the elimination of second-hand data sources, improved patient literacy of the study, and improved screening and diagnostic methods and tools.

Patient recruitment remains a challenge for pharma companies, and some participants felt greater patient centricity in trials would improve recruitment and retention. These efforts are also expected to improve the quality of patients participating in trials. The ability of patient-facing technologies to generate regular patient interactions and provide reminders was cited as integral to keeping patients motivated to continue with the trial.

What Obstacles Do You Face?

The third question asked focus group participants about the obstacles to incorporating virtual components into their trials. Some respondents noted that a full virtual Phase 3 trial would be unrealistic for many reasons. One site representative noted she would not participate in a trial where there was no direct contact with patients.

The primary challenges identified by focus group participants were the following:

The prospect of dealing with multiple technologies was also a concern, with participants noting some hybrid trials may require dozens of different technologies, each with a separate portal and login credentials for sites. This can slow the clinical trial process as site personnel will need to be trained on each technology. These new tools could also create a burden for technology-averse patients or those not possessing the latest tablet or smart phone.

More Work Needs To Be Done

Finally, the report attempted to determine what would need to be done for the industry to effectively move forward in realizing the potential of patient-facing technologies in clinical trials. The focus group participants were generally positive about the outlook for these technologies to make trials more efficient, cost-effective, and patient-centric. They also felt these technologies would eventually permeate all aspects and all phases of trials.

However, there was one caveat. For that to happen effectively, a few things need to happen. There needs to be a concerted effort across the industry to determine how these trials should be conducted. The industry will need to standardize the terminology and data models. And the industry will need to identify the areas where patient-facing technologies should remain an adjunct to traditional human interaction with patients. Participants in the focus groups also felt the development of standards for data and patient-facing technologies should be made a priority.

The safety of patients involved in trials was clearly on the minds of those in the focus groups, with many responders raising that concern. Participants believe that a move from hybrid trials to fully decentralized trials should be gradual, moving into Phase 3 trials only after successful use in a Phase 2 study.

For more information and to download the full report, visit: https://go.oracle.com/VirtualClinicalTrialsReport2019