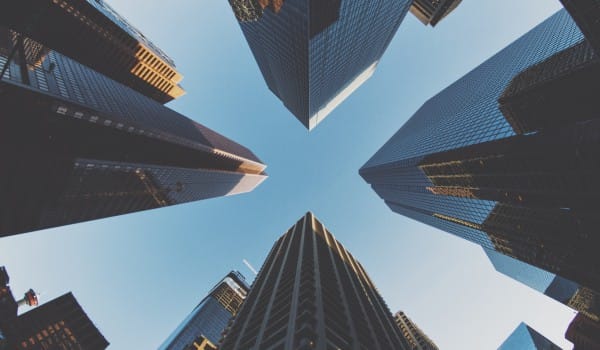 A recent Bloomberg report reveals that low-cost automated index funds are poised to overtake active asset management in the United States by 2021, disrupting a decades-old system. As a result, many professionals who make their living advising clients on their investments are likely to be made redundant, no longer able to justify the fees they charge. That said, in Spain, less than 2% of the volume of investments are in automated indexed funds, with most people still saving through traditional banks’ active management products, revealing a lack of financial nous compared to more advanced markets.

In 2008, Warren Buffett, the oracle of Omaha, publicly bet that an unmanaged fund such as the S&P 500 would, over ten years, offer a higher return than a hedge fund portfolio, evaluating the performance net of commissions, costs and expenses. Buffett’s argument was simple: working on Eugene Fama’s efficient market hypothesis, the funds handled by managers would not be able to beat the market in the long term, and therefore, the commissions they would charge their clients for trying to do so would make those funds less profitable than the alternative of investing in a low-cost indexed fund, as automated as possible. In short, the only winners in active management funds are those who manage them, never the investors.

This is why the recently deceased Jack Bogle, the true pioneer in low cost and low commission investment linked to stock market indices, set up Vanguard several decades ago. The innovation was initially ridiculed: the idea of ​​telling investors that the alternative of “doing nothing”, investing in the index and reducing the costs associated with their investment was better than constantly trying to optimize the composition of their investment portfolios seemed counterintuitive and an entire industry that lived on charging commissions for those optimization attempts (which in reality never exceeded the profitability of the index) had a vested interest in fighting against it.

Any number of studies now show that regardless of the market or the period, over time, active management can never beat the market. If you are going to invest in the stock markets, the best thing you can do is make things as simple as possible, link your money to an index, have it managed in the most automated way possible and minimize the fees you pay. It doesn’t matter how smart you are, how much you pay your advisors or how much time you spend reading the financial press or studying clever reports, you won’t beat the market. This is a zero-sum game: what your manager earns and what you pay in commissions is money that you don’t earn, and therefore, what you have to do is reduce that to a minimum. Active management products are oriented to maximize the management fund’s profits, not the client’s.

After many years managing my pension fund and some relatively small investments through traditional banks, last year I decided to try indexed funds: the experience could not have been more positive, products that barely earned any money now provide a reasonable profit within their risk profile and allow me to monitor and understand what’s going on in a way no fund managed by a traditional bank has been able to do so far. In my case, I was more confident about trying this method because I know the founders of the company I chose to manage my funds and I know I still have control over my money even in case the company eventually went under.

As fintech bites into traditional banking, this latest disruption is only going to make things tougher for the traditional banks and they will likely see a steady exodus of investment customers. In a world where everything that can be automated will be automated, the winners will be those who pioneer automation, not those who finally accept it as the new reality.

Automation makes it possible for people to quickly and simply make a decision on investing, thus reducing their costs to a minimum. As things stand, the traditional banks cannot compete without losing any hope of making a profit from managed funds.

If you still use active management for your investments, you should think seriously about trying an automated index and forget the idea that humans know best. In the future, it won’t be the banks that win, it will be the machines… and the customers!

This post was previously published on Enrique Dans and is republished here with permission from the author.

If you believe in the work we are doing here at The Good Men Project and want to join our calls on a regular basis, please join us as a Premium Member, today.

All Premium Members get to view The Good Men Project with NO ADS.

Need more info? A complete list of benefits is here.