photo by SITA/Martin Medňanský: Milan Ristovski fights for the ball

Albania, Kategoria Superiore, Laçi – Kukësi 1:0
Tome Kitanovski opened on the visitors left wing, while his teammate Edis Malikji started at right-back. In the end their team suffered an away loss.

Albania, Kategoria Superiore, Flamurtari – Partizani 1:1
Egzon Belica as usual started as a central back for Partizani, whereas his teammate Besnik Ferati didn’t make the matchday squad. Egzon opened the score for his team, but eventually the game ended in a draw.

Albania, Kategoria Superiore, Bylis – Skënderbeu 2:3
Artim Polozhani and Agon Elezi both were starters for the visitors as their team collected three points on the road against Bylis.

Albania, Kategoria Superiore, Luftëtari – Teuta 0:0
Blagoja Todorovski was Teuta’s right-back in this game, while his teammate Bobi Celeski remained on the bench as the reserve goalkeeper.

Armenia, Bardzraguyn Khumb, Pyunik – Shirak 1:0
Antonio Stankov and Denis Mahmudov started for Pyunik. Antonio was all minutes part of a defense that kept a clean sheet, while Denis played 55 minutes in attack and netted the lone goal of the game with a great shot from the distance in the 13th minute.

Australia, Hyundai A-League, Western United – Western Sydney Wanderers 2:1
Daniel Georgievski played all minutes at right-back for the hosts as his team lost on the road.

Bosnia-Herzegovina, BH Telecom Premijer Liga, Radnik – Sarajevo 1:1
Krste Velkoski was a starter for Sarajevo and picked up a yellow card in the 63rd minute.

Cyprus, Protáthlima Cyta, AEK – Doxa 2:1
Daniel Mojsov is fully fit after the injury and has played the whole match for the home side, while Ivan Trichkovski played 69 minutes before he was taken off due to injury. He has scored the opening goal of the game. For the away side, Dushko Trajchevski remained on the bench.

Cyprus, Protáthlima Cyta, Omonia – AEL 1:0
Davor Zdravkovski played the whole match for the away team, while Kire Markoski was introduced in the 70th minute.

Cyprus, Protáthlima Cyta, Paphos – Enosis 1:1
Risto Mitrevski was not part of the matchday squad for the visiting side.

Cyprus, Protáthlima Cyta, Olympiakos – Ethnikos 4:0
Martin Bogatinov was between the posts and had to take the ball 4 times out of his net. Bojan Markoski started the match on the bench and was brought on in the 61st minute, while  Jovan Kostovski also played the whole match.

England, Championship, Leeds United – Blackburn Rovers 2:1
Ezgjan Alioski was not part of the team which faced Blackburn as he is out with an injury.

Hungary, OTP Bank Liga, Kaposvár – Fehérvár 0:2
Both Visar Musliu and Boban Nikolov played the whole match for the winning team. The defender was shown a yellow card in the second half.

Hungary, OTP Bank Liga, Honvéd – Diósgyör 1:0
Mirko Ivanovski started the match on the bench and was brought on in the second half. He is still playing with a face mask after he suffered a broken nose injury. Ivanovski was sent off in the final moments of the match after an incident which saw several cards. Ivanovski was to take a free-kick when he was intentionally blocked by an opposing player. Ivanovski then pushed the player and was shown a yellow card. He protested this and was later shown a red card. Considering he had not received a yellow card earlier, this seems like it was a direct red card because of the protests. His manager also got a red card following severe protests for this incident.

Italy, Serie A, Napoli – Genoa 0:0
Goran Pandev was in the starting lineup for Genoa away to Napoli in the Macedonian duel in Serie A and played another very good match before being substituted in the 80th minute. Elif Elmas replaced Lorenzo Insigne in the 66th minute and at the end of the match he had a big chance to score the winning goal, but his header was blocked by goalkeeper Andrei Radu and needed only few centimeters to end behind the goal line. It was denied by the goal-line technology.

Italy, Serie A, Udinese – Spal 0:0
Ilija Nestorovski was in the starting lineup for Udinese and played until the 65th minute when he made way for Kevin Lasagna.

Romania, Liga I Betano, Botoșani – Steaua 0:2
Stefan Ashkovski was in the starting lineup for Botoșani and played until the 84th minute.

Romania, Liga I Betano, Astra – Voluntari 1:0
Marko Simonovski entered the match in the 70th minute, but wasn’t able to help his team avoid the defeat.

Serbia, Linglong Tire SuperLiga, Javor – Crvena zvezda 1:1
Aleksa Amanovikj was in the starting lineup for Javor and helped his team win a point against Crvena zvezda. Amanovikj earned a yellow card in the 8th minute and played the whole match.

Serbia, Linglong Tire SuperLiga, Bačka Topola – Voždovac 2:2
Marko Gjorgjievski was in the starting lineup for the away team and played until the 73rd minute.

Serbia, Prva Liga, Novi Pazar – Žarkovo 2:4
Nikola Bogdanovski played until 82nd minute for Žarkovo when he made way for Uroš Milošević. Bogdanovski was fouled in the penalty box at 34th minute of the game and one minute later his teammate Saša Manić converted the penalty to give their team 2:0 lead at that moment. 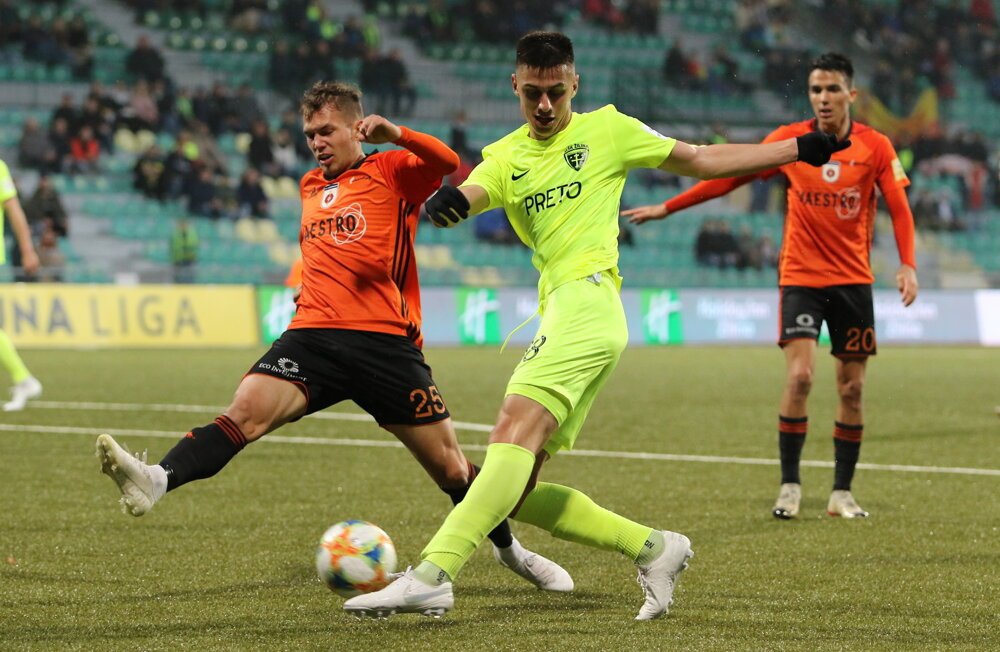 Spain, Primera División, Athletic – Levante 2:1
Enis Bardhi spent all minutes on the pitch for Levante and was shown a yellow card in the 49th minute. 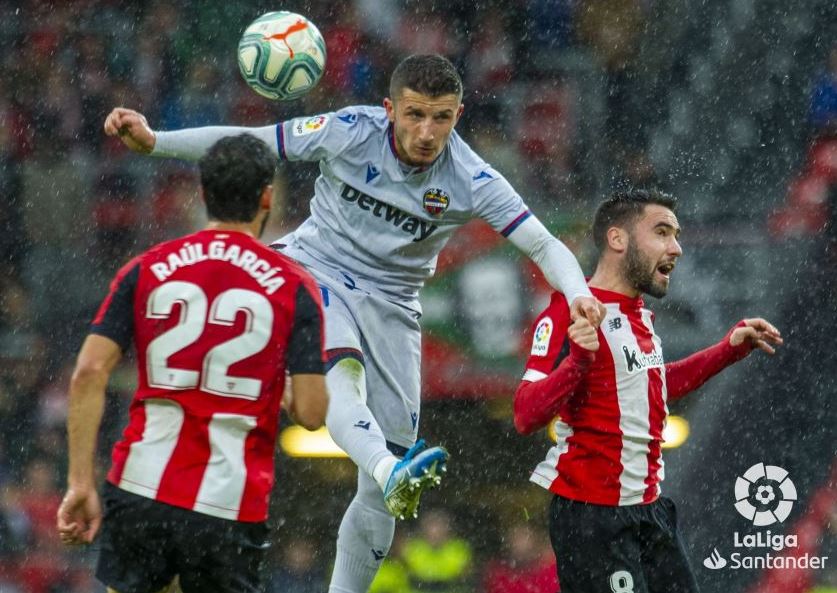 Switzerland, Challenge League, Winterthur – Grasshoppers 1:1
Nikola Gjorgjev played for the visitors till the 65th minute when he was replaced by Mersim Asllani. He provided an assist from a free kick to Serbian international Aleksandar Cvetković in the 35th minute for their team’s only goal at this game.