If you’re looking to invest in cannabis-focused biotech stocks, there aren’t very many choices available. GW Pharmaceuticals (NASDAQ:GWPH) is the biggest alternative based on market cap. 22nd Century Group (NYSEMKT:XXII) is another biotech with an expanding cannabis program.

Which of these two stocks is the better pick for long-term investors? Here’s how GW and 22nd Century Group compare. 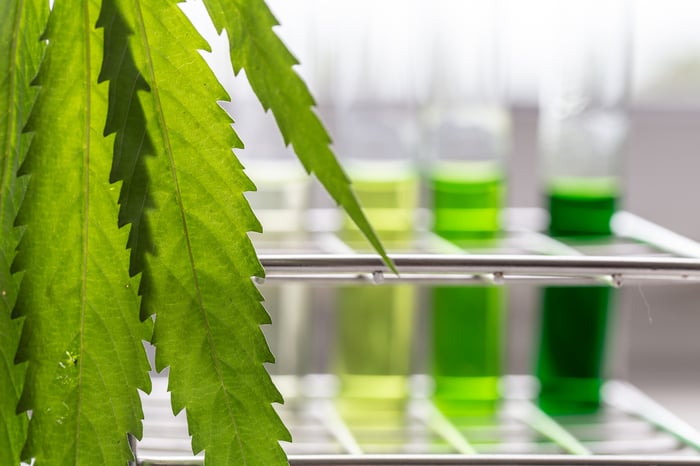 The case for GW Pharmaceuticals

The argument for buying GW Pharmaceuticals stock could pretty much be summed up in one word: Epidiolex. Sales for the CBD drug continued to skyrocket in the third quarter, again beating Wall Street expectations. GW has done an impressive job of building relationships with U.S. payers and promoting Epidiolex with U.S. physicians.

More growth should be on the way. GW has already begun to roll out Epidyolex (there’s a slightly different spelling for the drug outside the U.S.) in France and Germany. Other European launches, including in the United Kingdom, Spain, and Italy, will soon follow.

Epidiolex is currently approved in the U.S. and the European Union for treating two rare forms of epilepsy — Dravet syndrome and Lennox-Gastaut syndrome. The company hopes to add more approved indications in the not-too-distant future. It plans to file for U.S. and European approvals of Epidiolex in treating tuberous sclerosis complex in early 2020. GW is also evaluating the drug in a late-stage clinical study targeting Rett syndrome.

At this point, it’s looking like Epidiolex will be able to reach peak annual sales of at least $1 billion within the next few years. The great news for GW Pharmaceuticals is that it also has opportunities to drive growth.

The company’s cannabis drug Sativex is already approved in multiple countries outside the U.S. for treating spasticity associated with multiple sclerosis. GW plans to initiate a pivotal study in the U.S. for the drug next year in hopes of obtaining approval to market Sativex in the big U.S. market.

The case for 22nd Century Group

The company has filed two applications to the U.S. Food and Drug Administration for very low nicotine content (VLNC) cigarettes. 22nd Century Group expects the FDA’s review process to be a relatively quick one. Assuming all goes well, the company plans to launch its products under the brand name VLN.

22nd Century Group is also hoping that the FDA implements its proposal to require all cigarettes sold in the U.S. to contain very low levels of nicotine. The company anticipates that this would significantly boost the demand for its VLN cigarettes as well as spur interest among tobacco makers for its VLNC technology.

There is another top priority for 22nd Century Group as well: its cannabis plant genetics program. The company has developed hemp plants that contain no THC, the main psychoactive ingredient in cannabis. With hemp legally defined in the U.S. as cannabis with no more than 0.3% THC, 22nd Century Group’s hemp strains could be attractive to hemp growers.

The company is also partnering with genetic researcher KeyGene to develop hemp and cannabis plants with specific cannabinoid profiles for medical and therapeutic use and with improved crop yields. This research is being conducted in the U.S. and in the Netherlands.

22nd Century Group currently generates revenue primarily through contract manufacturing of cigarettes. However, the company’s strategy is to boost revenue going forward by marketing its VLNC cigarette brands and by monetizing its genetic research related to tobacco and cannabis.

The decision between these two stocks is an easy one, in my view. GW Pharmaceuticals is the hands-down winner. Its revenue continues to soar. The company is on a clear path to profitability in the near future. 22nd Century Group’s future is murkier.

However, I’m not yet at a point to call GW stock as a buy. I’d prefer to see how the company’s clinical programs with Epidiolex and other candidates progress first. In the meantime, my take is that there are plenty of other stocks that provide better growth opportunities.