Analysts at German financial services group Berenberg said in a report this week that investment banks face structural headwinds that they cannot avoid.

“Many cling to the hope that higher volatility will be a silver bullet, but recent experience suggests otherwise,” added Berenberg. “Furthermore, the introduction of daily average leverage ratios will put further pressure on returns of European Union investment banks.”

The analysts said they maintained their belief that the banks face headwinds which are structural, not cyclical. They noted that a surge in volatility in the fourth quarter of last year did not translate to higher trading revenues as participants remained on the sidelines and trading revenues fell 12% year on year.

“We believe that complaints about low volatility is a cyclical excuse for a structural decline,” said the analysts. “From 2002 to 2006, volatility almost halved, but trading revenues more than doubled.”

Berenberg continued that the introduction of daily average leverage ratios will show that European investment banks are less profitable than they appear and they will be outperformed by their US peers. US investment banks have increased their share of global revenues from 51% to 61% since 2009 and the analysts expect this trend to continue.

“This will leave banks with three choices, in our view: continue the business at lower returns, reprice or exit,” said the report. “Repricing is very difficult given competition from US investment banks, while exiting business lines risks impairing the broader franchise resulting in further earnings dilution.” 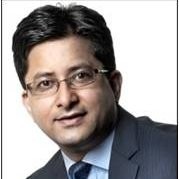 Chira Barua, partner at consultancy McKinsey, agreed that banks are facing structural, rather than cyclical, challenges.

Barua told Markets Media: “They are not fighting regulation but fundamental changes in the environment.”

He was co-author of McKinsey’s global banking annual review which said that just over one third, 35%, of banks globally are sub-scale and will need to consolidate to survive a downturn.

Nearly 60% of #banks are printing returns below the cost of equity. Learn what separates them from top performers in our 2019 Global Banking Annual Review https://t.co/INe54Fnznd #gbar2019 pic.twitter.com/R5aFB4EnS2

Kausik Rajgopal, Silicon Valley-based McKinsey senior partner and report co-author, said in a statement: “The report identifies four distinct archetypes, which banks around the world would broadly associate with based on the strength of the individual franchise and the constraints of its markets or business model: ‘market leaders’, ‘resilients’, ‘followers’ and ‘the challenged’. While all banks have common actions they can take, each bank archetype has their own specific late cycle priorities to act upon.”

Barua continued that disruption is coming from consumers who have become accustomed to real-time and personalized services.

“The need to improve service and agility is not going to change,” said Barua.” Fintechs have created a new paradigm for customer service.”

The McKinsey report said that while this behavior is most acute in retail banking and asset management, the same trends are emerging in corporate banking, capital markets and investment banking.

“A classic example is a trend within transaction banking where clients increasingly demand a single window and real-time multi-currency multi-asset view of a firm’s payments positions with reduced settlement times with each passing year,” said the report.

In addition, McKinsey’s Future of Banking July 2019 Consumer Survey found that most respondents trust big tech companies to handle their financial needs, including Amazon, 65%, and Google, 58%.

“The challenge for incumbents is intensifying as the fintech landscape also matures, with new rounds of funding shifting towards larger organizations and the number of fintech unicorns globally topping 40 (worth approximately $150bn),” added McKinsey. “ Exacerbating the situation, fintechs and big tech players are attacking the highest return on tangible equity segments of banking, representing approximately 45% of the global banking revenue pool.” 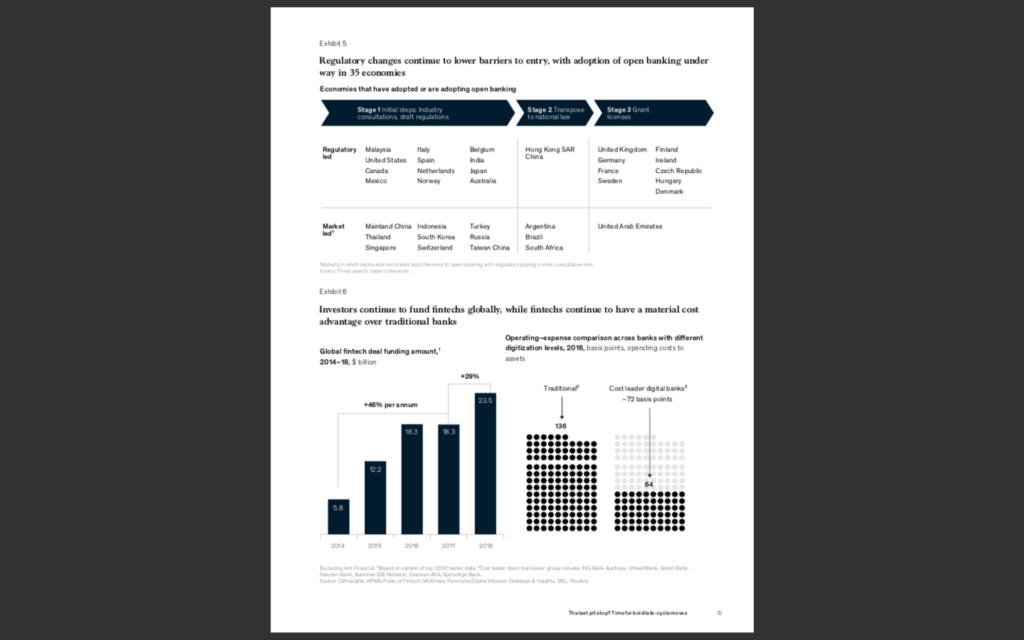 The study suggested that in order to compete banks should consider risk management, productivity, and revenue growth while recruiting talent to build advanced data analytics infrastructure.

“Every bank I speak to has realised the importance of data,” said Barua.  “There is a wide spread of capabilities in the market.”

He noted that McKinsey data has found that the leaders in one cycle can become the laggards in the next cycle if they do not make the correct investments. 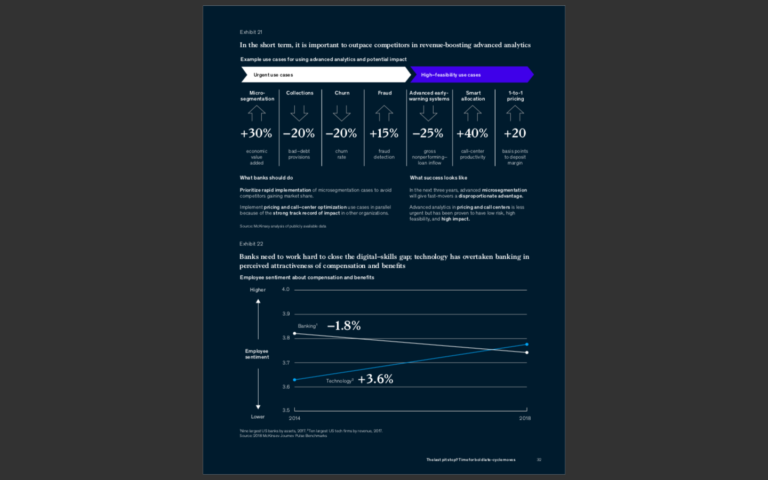 Another potential area for industrialization is regulatory and compliance functions such as know your customer and anti-money laundering, which typically represent between 7% to 12% of costs.