Strategic plan against opioids, other addictions may be ready in January 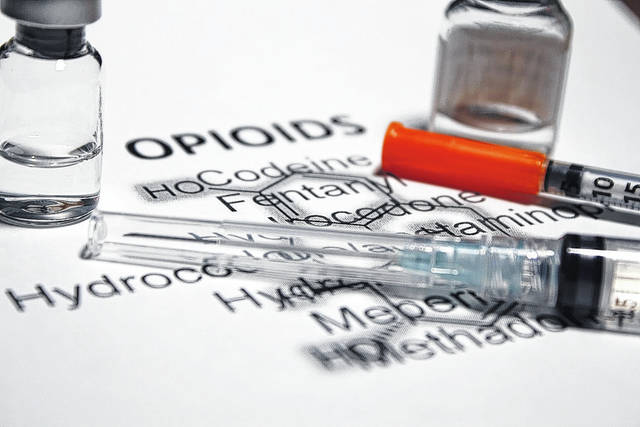 ELIZABETHTOWN — A strategic plan against opioids and other addictions could be ready for adoption in Bladen County by January.

Syd Wiford, the consultant working with the county’s Opioid Task Force, updated the group on initial analysis of surveys, focus groups and data collected by Bladen County Schools from some 1,400 students.

The surveys from the task force, and its focus group meetings, began in August and continued into the fall. The data from the school district was collected from about 700 middle schoolers and 700 high schoolers in the 2017-18 school year. Another 100 surveys were generated from two schools this fall.

“Our recommendations will be related to what is missing, or what needs to be enhanced to serve the county properly,” said Wiford, who is with Addiction Consulting and Training Associates. ACT’s participation was funded through a grant from the Kate B. Reynolds Foundation in order to conduct a county-wise assessment so that the strategic plan could be formed.

Forums began in mid-August, and surveys were rolled out in September.

In her presentation, Wiford said more details will be included in the full report that is expected to be finalized in December. But she pointed out to the task force a number of places from the school district’s risk assessment where Bladen County stood in comparison to state and national averages.

She noted the numbers for consideration of suicides, trying to die by suicide and some categories related to alcohol. Vaping and bullying were a couple of the others noted.

In some of the categories, Bladen County numbers are higher than the state average. This was true in particular with girls and the suicide categories.

“We’re going to pull that trend out as a thread and address that, and what can we recommend to bring those numbers down,” Wiford said, referring to all the data.

The community survey respondents were about 89 percent white and 72 percent women. Prescription medications, opioids, alcohol and drugs led respondents’ answers to what is most problematic in Bladen County.

There were a dozen focus groups held that drew more than 110 people. Of those, 62-plus percent were white, Wiford said. Their list for the county’s problems was led by alcohol, marijuana and methamphetamines.

Updates were also given by William Sellers of Eastpointe Mental Health and 1st Sgt. Richard Allen of the Bladen County Sheriff’s Office. Allen said a pill take-back event across the state was one of the largest in volume of pills received, bringing in what was estimated as hundreds of thousands of pounds. He said the effort in Bladen County matched the trend of significant participation.

Circulator Pumps Market Research Report | Emerging Growth at a CAGR of 6.5% Till 2028

Circulator Pumps Market Research Report | Emerging Growth at a CAGR of 6.5% Till 2028