The Alzheimer’s community got a boost at the end of October when Biogen (NASDAQ:BIIB) announced it would file for approval from the U.S. Food and Drug Administration for aducanumab, its Alzheimer’s disease drug. This caught patients and investors off guard since Biogen scrapped the program back in March due to lack of efficacy. The new analysis showed that early-stage patients receiving high doses of the drug slowed down the rate of cognitive decline.

Shortly after Biogen’s announcement, Chinese regulators surprised the world by giving conditional approval to a new drug for Alzheimer’s disease made by Shanghai Green Valley Pharmaceuticals. The drug, which is derived from seaweed, improved cognitive function by interacting with the gut microbiome, a collection of over 1,000 microorganisms, like bacteria and fungi, located in the stomach and intestines and responsible for digestion, brain health, and controlling the immune system. Detailed results from the 800 patient clinical trial have yet to be released, resulting in a high degree of skepticism. 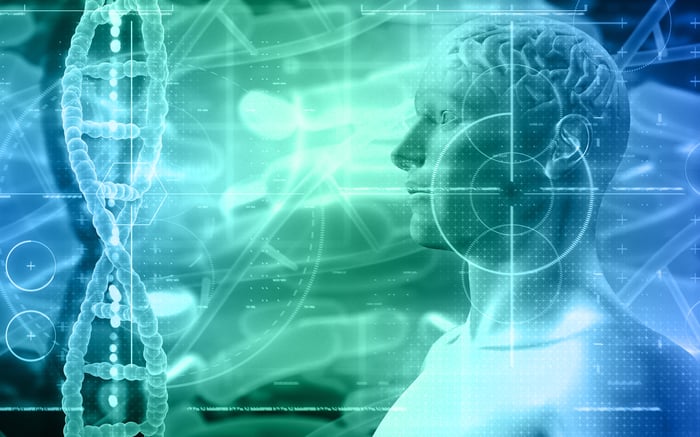 However, the news from China raises hope that novel approaches may unlock the key to treating the ever-growing Alzheimer’s disease population. Alector (NASDAQ:ALEC) and Denali Therapeutics (NASDAQ:DNLI), relatively new biotechs focused on neurodegenerative diseases, provide investors with two avenues to get in on unique, cutting-edge research in Alzheimer’s disease.

Alector pursues immunotherapy for the brain

Big pharma companies saw the potential and wanted in on the action. AbbVie (NYSE:ABBV) paid $205 million in cash and made a $20 million equity investment in 2017 to collaborate with Alector to generate new Alzheimer’s drugs. Alector will develop the drugs through phase 2 trials. If AbbVie opts to take on the future development, Alector could receive up to $985.6 million in additional milestone payments.

Earlier this year, the partnership’s first drug candidates AL002 and AL003 entered human testing. These first trials focus on safety in healthy volunteers with data expected in early 2020. Demonstrating clinical efficacy will take several more years. That’s why it is important to have a deep-pocketed partner like AbbVie in the picture.

Alector raised $185.1 million in its initial public offering in February. Currently, the stock trades around $17, slightly down from its $19 IPO price. The company had $411 million in cash as of June 30, which should easily cover a few years of research and development. 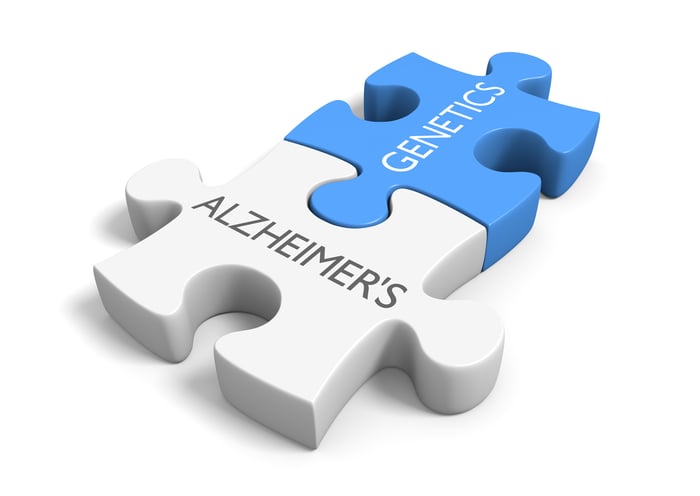 Like Alector, Denali focuses on therapies that have a genetic link to neurodegenerative diseases. It also believes drug intervention needs to be optimized to be able to enter the brain. It developed a technology that it calls Antibody Transport Vehicle (ATV) to increase the penetration of antibodies across the blood-brain barrier, a natural defense to keep foreign substances out of the brain.

Big pharma companies liked Denali’s approach and lined up to get involved. In January 2018, Takeda Pharmaceutical (NYSE:TAK) plunked down $150 million in cash and an equity investment in exchange for rights to three Alzheimer’s disease programs utilizing the ATV technology. Takeda, if it exercises options on all three programs, may owe $707.5 million more in milestone payments.

The Sanofi partnership focuses on RIPK1, a regulator of inflammation and cell death. In February 2019, Denali and Sanofi kicked off a phase 1 trial in Alzheimer’s disease with DNL747. Denali dosed the first patient in a parallel Phase 1b trial in ALS in January. A prior phase 1 trial in healthy volunteers wrapped up in 2018.

Denali’s big ambitions won’t come cheap. The $503 million in cash at the end of the third quarter will be necessary to advance 12 active development programs. Additional capital from Takeda and Sanofi will help offset the burn rate. The cash war chest should allow the company to achieve key inflection points including results from the Phase 1b trials in Alzheimer’s disease and ALS next year.

Catalysts ahead could propel valuations higher

Alector and Denali sport valuations of $1.2 billion and $1.6 billion, respectively. Any success in Alzheimer’s disease will skyrocket the valuations. As a recent example, Biogen’s stock initially jumped over 35%, adding $15 billion in market cap, following the announcement that it plans to seek approval for its Alzheimer’s disease drug.

Investors must recognize that early-stage biotech stocks are inherently risky. Alector and Denali are years away from approval. But, if either can successfully develop an Alzheimer’s drug, then the current prices will look cheap.