As a year-round producer and supplier of sweetcorn, Van Oers United saw that a fresh impulse from the production, commercial and consumer markets concerned with the sale of fresh sweetcorn was due. Extensive consumer research led to the introduction of a new corn concept on the market. With the new concept, which focuses on convenience, quality and sustainability, Van Oers United is creating new dynamics in the corn category. The introduction starts for Van Oers United with two new products, namely a flowpack with two corncobs without leaves and a flowpack with three or four half corncobs. 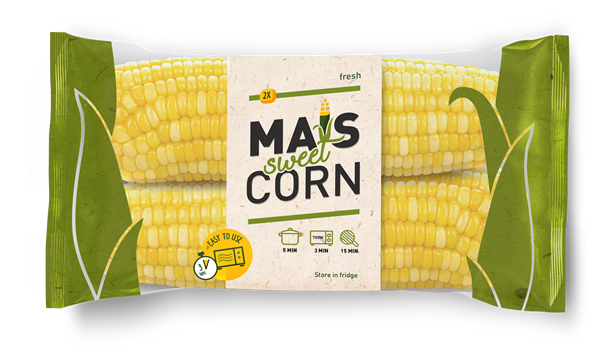 “Market research among users and non-users of sweetcorn shows that the main barrier to using (more) corn is that it lacks ease of use and it is too laborious to prepare corn”, says Brand Manager Ellis Baggen. “With the current supply, the corn must first be defoliated, the cobs appear to be too large for use and it is unclear how to prepare the corn. By defoliating the corn cobs for the customer, they can be prepared right away. Due to the smaller portion size, the half cobs are also suitable as a component in the meal, thereby creating new moments of use. The products are packed in a flow pack that can be put in the microwave directly, so that the corn can be prepared in 4 minutes ”.

The new products are supplied with a printed film, but are also available under a private label. A recyclable OPP flowpack packaging with microperforation has been chosen. “This extends the shelf life of the corn and we prevent food waste,” says Ellis. “In addition to new concepts, corn with leaves still attached also remains available in our range and is available in various packaging forms.” 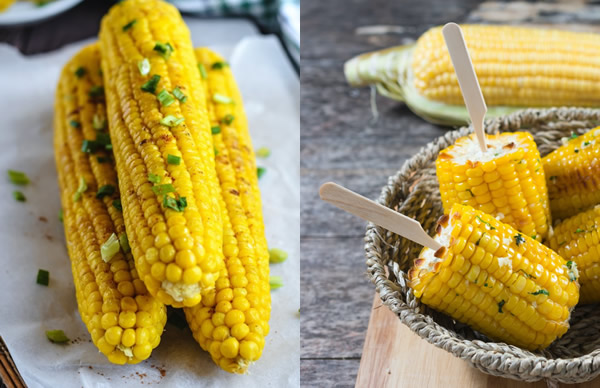 “In the United Kingdom and Scandinavia we see that these concepts are already available, which means that the consumption of sweetcorn is seven times higher than in the Netherlands, Belgium, Germany and France. So there is still enormous potential ”, says Menno Molenaar, business manager for this project, who says ‘he has rolled from the sprouts into the corn’. “With this maize concept, we want to serve the full width of the European market, both to retailers, exporters and wholesalers. The Netherlands is an important home market, but there are also many markets where the consumption of fresh maize is growing and where we expect that more potential is to get the sweetcorn on the plate. “

“As Van Oers United, we grow sweetcorn in the 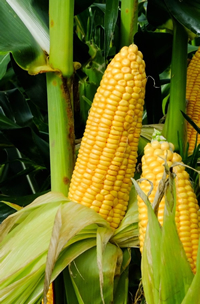 crop rotation in the Netherlands, North and South Morocco, Senegal. We also have a network of growers for Dutch and Belgian maize and thanks to Agrial’s international network we also have access to direct lines with growers in France. and Spain. In addition, there are certainly possibilities to discuss the sugar corn from local cultivation with customers,” says Menno. Processing takes place from the BREEAM certified location in Dinteloord. Van Oers United has invested in machines for processing the products, packaging machines and sustainable packaging materials, but also in organic and PlanetProof certified cultivation.