TORONTO, Feb. 18, 2020 /CNW/ – Covenant House today launched a new campaign called Shoppable Girls (www.shoppablegirls.com) with a goal to raise awareness and start a dialogue about sex trafficking ahead of Human Trafficking Awareness Day on Feb. 22. The hope is Ontarians will be encouraged to educate themselves on the issue and ultimately be equipped to help prevent sex trafficking. 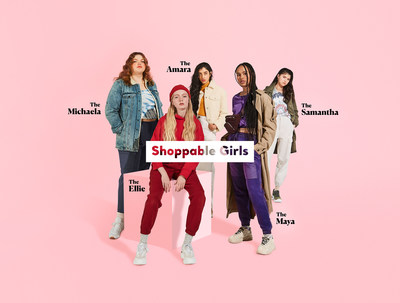 Just like sex trafficking, which can often go unnoticed if you don’t know what to look for, the Shoppable Girls campaign shows that the victims aren’t always immediately identifiable as the signs are often misunderstood.  Shoppable Girls strives to reach young people in a way that catches their eye and encourages them to dig deeper. In reaching the campaign website, they will learn about sex trafficking myths and warning signs so they can protect themselves and look out for their friends. Parents and caregivers are also a key audience for the campaign as they play a critical role in helping to keep their children safe through education and dialogue.

“One of the major misconceptions is sex trafficking doesn’t happen in Canada when in fact 93 per cent of sex trafficking victims are Canadian citizens,” said Julie Neubauer, program manager of anti-trafficking services at Covenant House. “No one chooses to be trafficked. And the truth is that it’s happening in our communities, to our children and often right in front of us. Yet many times the signs go unnoticed by those in the best position to help.”

According to the Toronto Police Services, sex trafficking is a billion-dollar industry in Canada and is considered a highly lucrative commodity amongst criminal organizations.

“We see an unfortunately high number of cases where a young child’s vulnerable state was exploited and in many cases, they were approached through social media platforms. This is a domestic problem and our victims come from all walks of life and from neighbourhoods that represent all segments of the city,” said David Correa, Detective Sergeant with the Toronto Police Services’ Human Trafficking Enforcement Team. “It’s crucial that we all work together in identifying cases early as we are seeing victims as young as 13.”

Covenant House is a national leader in providing direct support to survivors of sex trafficking. Their comprehensive anti-trafficking plan includes prevention, front line services and knowledge sharing. They have supported over 200 survivors in their healing journey since launching this plan in 2016.

Canadians are also encouraged to lend their voice against sex trafficking on social by using #ShoppableGirls. For more information on how to start the conversation around sex trafficking, visit TraffickStop.ca.

For individuals who may be a victim of sex trafficking or know someone who is, the Canadian Human Trafficking Hotline is a confidential hotline available 24-7 at 1-833-900-1010.

Covenant House Toronto is grateful for the many partners including TAXI, Media Experts, Weber Shandwick Canada and CISION who supported in making the Shoppable Girls campaign happen. Together we are proud to lend a voice to help end sex trafficking in Canada.

Covenant House helps youth ignite their potential and reclaim their lives. As Canada’s largest agency serving youth who are homeless, trafficked or at risk, they offer the widest range of 24-7 services to about 350 young people each day. As a national leader, they educate and advocate for long-term change to improve the lives of vulnerable youth. More than a place to stay, they provide life-changing care with unconditional love and respect. They meet youth’s immediate needs and then they work together to achieve their future goals. They offer housing options, health and well-being support, training and skill development, and ongoing care once youth move into the community.

Part of our journey to launching Shoppable Girls has been research and consultations with stakeholders along the way.

In 2018, we conducted a national study with Ipsos Public Affairs to inform this awareness campaign and better understand the attitudes and behaviours that put teen girls at greater risk for sex trafficking. The study included both an online survey of 500 girls aged 12 to 16, and interviews with survivors of sex trafficking, their parents and anti-trafficking advocates.

The study indicates parents can play a pivotal role in educating their daughters about online luring and sex trafficking at a young age before their risk factors increase.

For more information on this study, visit: https://covenanthousetoronto.ca/traffick-stop/ipsos-research/

Once the initial Shoppable Girls campaign concept was developed, we conducted focus groups with teen girls and moms of teen girls to gauge reactions, interest and engagement.

Research on the barriers to exiting sex trafficking

To date, very little work has been done to document the process victims must undergo in order to successfully escape from sex trafficking or to determine their specific needs while attempting to do so.

This study provides a comprehensive review of the process that victims must embark on when exiting situations of sex trafficking, highlighting their multiple needs and the barriers they face.

The impetus behind this study was to better understand the complex reasons why victims of sex trafficking remain trapped within the sex industry and why so many are likely to return after exiting.

How the study informed the Shoppable Girls campaign

The findings from this study were critical to our Shoppable Girls campaign as we learned just how hard it is for victims to exit/escape a trafficking situation after becoming entrenched, which speaks to the importance of awareness and prevention.

In addition to building awareness, encouraging conversation and helping to prevent sex trafficking in Canada, we are attempting to create an understanding of the complex reasons why victims of sex trafficking remain trapped within the sex industry and why so many are likely to return after exiting.

We feel that it is very important for people to understand that no one chooses to be trafficked and that there are interconnected barriers that impact a victim’s ability to exit sex trafficking, which include, among others:

There are many other barriers to exiting. To access the full report, visit: https://covenanthousetoronto.ca/the-barriers-to-exiting-sex-trafficking/ 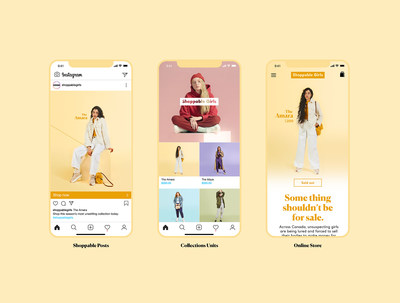