Public Employees Retirement System of Ohio raised its position in Malibu Boats Inc (NASDAQ:MBUU) by 0.8% in the third quarter, according to its most recent Form 13F filing with the SEC. The institutional investor owned 100,566 shares of the company’s stock after buying an additional 820 shares during the period. Public Employees Retirement System of Ohio owned about 0.49% of Malibu Boats worth $3,085,000 at the end of the most recent quarter.

Malibu Boats (NASDAQ:MBUU) last posted its earnings results on Thursday, November 7th. The company reported $0.83 EPS for the quarter, beating the Zacks’ consensus estimate of $0.70 by $0.13. The company had revenue of $172.10 million for the quarter, compared to analysts’ expectations of $149.98 million. Malibu Boats had a net margin of 9.64% and a return on equity of 42.48%. Malibu Boats’s revenue for the quarter was up 39.4% compared to the same quarter last year. During the same quarter in the prior year, the company posted $0.67 earnings per share. As a group, equities research analysts expect that Malibu Boats Inc will post 3.84 earnings per share for the current year.

Featured Story: What sectors are represented in the FTSE 100 index? 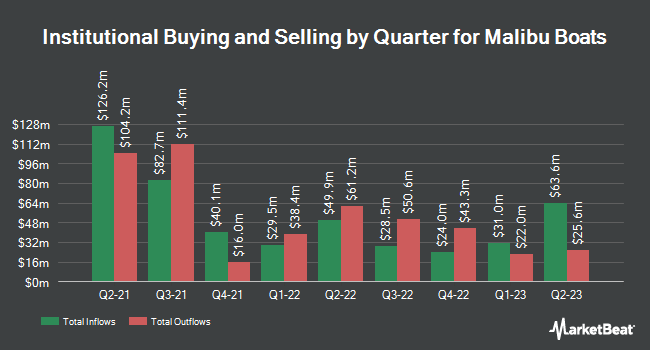 Advertising As We Know It Is Dead