With David Beavers and Daniel Lippman

BLUMENAUER AIDE HEADS TO K STREET: David Skillman, a longtime aide to Rep. Earl Blumenauer (D-Ore.) who most recently served as his deputy chief of staff, has left the Hill for Arnold & Porter Kaye Scholer. He expects to register as a lobbyist, working on trade, tax, energy and infrastructure issues. Blumenauer is the chairman of the House Ways and Means Committee’s trade subcommittee.

SLATTERY STRIKES OUT ON HIS OWN: Former Rep. Jim Slattery (D-Kan.), a longtime lobbyist at Wiley Rein, has left the firm and is opening his own consulting shop, Slattery Strategy. He registered last week to lobby for the Kansas City Southern Railway, which he’d previously represented at Wiley Rein. In an email, Slattery wrote that he’s also consulting and doing pro bono work such as helping to secure the release last week of Xiyue Wang, a Princeton graduate student imprisoned in Iran. Wang was released as part of a prisoner swap, which President Donald Trump hailed on Saturday in a tweet.

— Slattery has been a lobbyist at Wiley Rein for more than two decades. He resigned to run for Senate in Kansas in 2008 but returned to the firm the next year after losing to the GOP incumbent, Pat Roberts.

A message from the National Confectioners Association:

#AlwaysATreat: The weather might be cooling down, but the winter holiday season is heating up. And we’re helping people manage their sugar intake as they celebrate the holidays, sharing or gifting chocolate and candy. Learn more at AlwaysATreat.com/WinterHolidays.

MORE MOVEMENT: Kevin O’Hanlon, who’s an in-house lobbyist for the Entertainment Software Association, is leaving to join Samsung as director of federal government affairs in January. “Kevin’s constant push for ‘innovative advocacy’ caught the attention of a major player in an adjacent industry, which made him a surprise offer he simply could not refuse,” Stanley Pierre-Louis, the trade group’s president and chief executive, wrote in an internal memo obtained by PI.

— And Amirah Salaam has moved to King & Spalding, where she’ll work with her old boss, former Rep. Kendrick Meek (D-Fla.). She previously worked in government relations for Virginia Union University.

MORE CRITICISM FOR TRUMP’S TRADE DEAL: After an initial flurry of praise for House Speaker Nancy Pelosi’s decision to bring Trump’s renegotiated North American trade deal up for a vote, more trade groups are criticizing the deal’s intellectual property provisions. “The only winners today are foreign governments who want to steal American intellectual property (IP) and free ride on America’s global leadership in biopharmaceutical research and development,” Stephen Ubl, Pharmaceutical Research and Manufacturers of America’s chief executive, said in a statement on Tuesday. The U.S. Chamber of Commerce also criticized the removal of certain intellectual property provisions this morning after praising the deal on Tuesday.

— And the Business Roundtable today urged Congress to pass the deal, while also critiquing the decision to strip out intellectual property protections for biologic medicines included in an earlier version of the deal. “Weakening intellectual property protections should not be a template for future trade agreements,” Joshua Bolten, the Business Roundtable’s president, said in a statement.

INSIDE THE RACE FOR HARRIS’ DONORS: No candidate other than Joe Biden “got more donations from the elite fundraisers who powered Hillary Clinton and Barack Obama’s campaigns than” Kamala Harris, POLITICO’s Maggie Severns reports. Now that Harris has dropped out, Biden supporters are “among those pursuing Harris’ donors most aggressively. ‘I have called some. And I’m optimistic that a lot of [Harris’] supporters are going to end up supporting Joe,’ said Denise Bauer, former U.S. ambassador to Belgium and a fundraiser for Biden. ‘It’s tough when the person you’ve worked hard for and really believed in leaves a race, but I think so many of those people already know and trust Joe.’”

WHAT THE DEFENSE BILL MEANS FOR NORD STREAM 2: “Congress looks all but certain to approve a defense funding bill that would impose sanctions on a pair of Russian pipelines that will deliver natural gas to Europe — though lawmakers and energy analysts are questioning whether they will achieve their goal of blocking the two projects,” POLITICO’s Ben Lefebvre, Eric Wolff and Anthony Adragna report.

— “The sanctions target the Nord Stream 2 pipeline to Germany and Turk Stream pipeline to southern Europe, which lawmakers of both parties as well as the National Security Council have long complained would provide a major source of new energy revenue to Russia and deepen the Kremlin’s influence over Europe.” But experts say since both pipelines are in the final stages of development, any measures to penalize the companies building them may have come too late.”

— Nord Stream 2 AG has spent more than $4 million on Washington lobbying since 2017 in an effort to block the sanctions, retaining Vin Roberti of Roberti Global and former Rep. John Sweeney (R-N.Y.).

FLYING IN: House Democrats’ steady march toward impeaching Trump hasn’t stopped business interests from coming to Washington before lawmakers head home for the holidays. Executives from Nike, Target, Home Depot, Walmart and other retailers are gathering today for a Retail Industry Leaders Association meeting at the Newseum that Reps. Stephanie Murphy (D-Fla.) and Haley Stevens (D-Mich.) will join. They’ll discuss trade, privacy and competition. And AdvaMed executives will be on the Hill on Thursday in the latest battle in the trade group’s long-running war against the medical device tax. They’ll be handing out free Krispy Kremes outside the Capitol South metro station.

BUTTIGIEG NAMES HIS CLIENTS: Pete Buttigieg‘s campaign released a list of the clients he advised while working at McKinsey & Company a decade ago, following McKinsey’s waiver of a nondisclosure agreement he signed, POLITICO‘s Elena Schneider reports. They include Blue Cross Blue Shield of Michigan; “Loblaws, a Canadian supermarket chain; the electronics retailer Best Buy; the Energy Foundation and the Natural Resources Defense Council, two environmental nonprofits; and several government agencies: the Environmental Protection Agency, the Department of Energy, the Department of Defense and the U.S. Postal Service.

IF YOU MISSED IT ON TUESDAY: “A top Interior Department official broke a federal ethics rule by improperly meeting with his former employer, a conservative research organization, to discuss the rollback of endangered species protections that the group had been pushing, the department’s internal watchdog said in a report published Tuesday,” The New York Times’ Coral Davenport reports.

— “The watchdog, the Interior Department’s inspector general, concluded that the official, Douglas W. Domenech, an assistant Interior secretary for the office with stewardship of the nation’s oceans and coasts, violated federal rules in April 2017 when he met with representatives of the Texas Public Policy Foundation, where he was working before he joined the Trump administration, creating the appearance of a conflict of interest. A separate inspector general investigation made public Tuesday cleared the Interior secretary, David Bernhardt, of charges that he improperly tried to influence or delay a scientific report on the effects of pesticides on endangered species.” 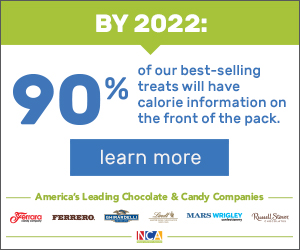 — Jacqueline Fowler has joined the U.S. Chamber of Commerce’s Technology Engagement Center as an administrative assistant. She previously was a senior associate with Advanced Advocacy.

SPOTTED: At the Capitol Hill Club on Tuesday evening for a reception welcoming Dan Coats back to King & Spalding, where he worked as a lobbyist before returning to the Senate in 2011, according to a PI tipster: Karl Rove; Rep. Doug LaMalfa (R-Calif.); former Rep. John Kline (R-Minn.); former Rep. Ander Crenshaw (R-Fla.) of King & Spalding; and Ron Phillips of Gavel Resources.

— At the National Confectioners Association’s holiday bash on Tuesday evening at 12 Stories, according to a PI tipster: Rep. William Timmons (R-S.C.); Kathleen Black of Coca-Cola; Matt Haller of the International Franchise Association; Joe Maloney and Ben Jenkins of the Locust Street Group; Jacqueline Alemany of The Washington Post; Alex Jaffe of The Associated Press; and John Downs of the National Confectioners Association.

A message from the National Confectioners Association:

#AlwaysATreat: If you’re one of the many Americans who says they’ll give a gift of chocolate and candy this holiday season, we have a gift for you. You’ll be delighted to know we’re offering smaller pack sizes, clear calorie labels and more information online. During the winter holidays and throughout the year, we’re empowering consumers to make informed choices. Chocolate and candy are a small part of our diets, but an integral part of our holiday celebrations and family traditions. This holiday season we are providing more support to help consumers enjoy their favorite treats while maintaining a happy, balanced lifestyle. Learn more at AlwaysATreat.com/WinterHolidays.

Sleep fragmentation, microglial aging, and cognitive impairment in adults with and without Alzheimer’s dementia